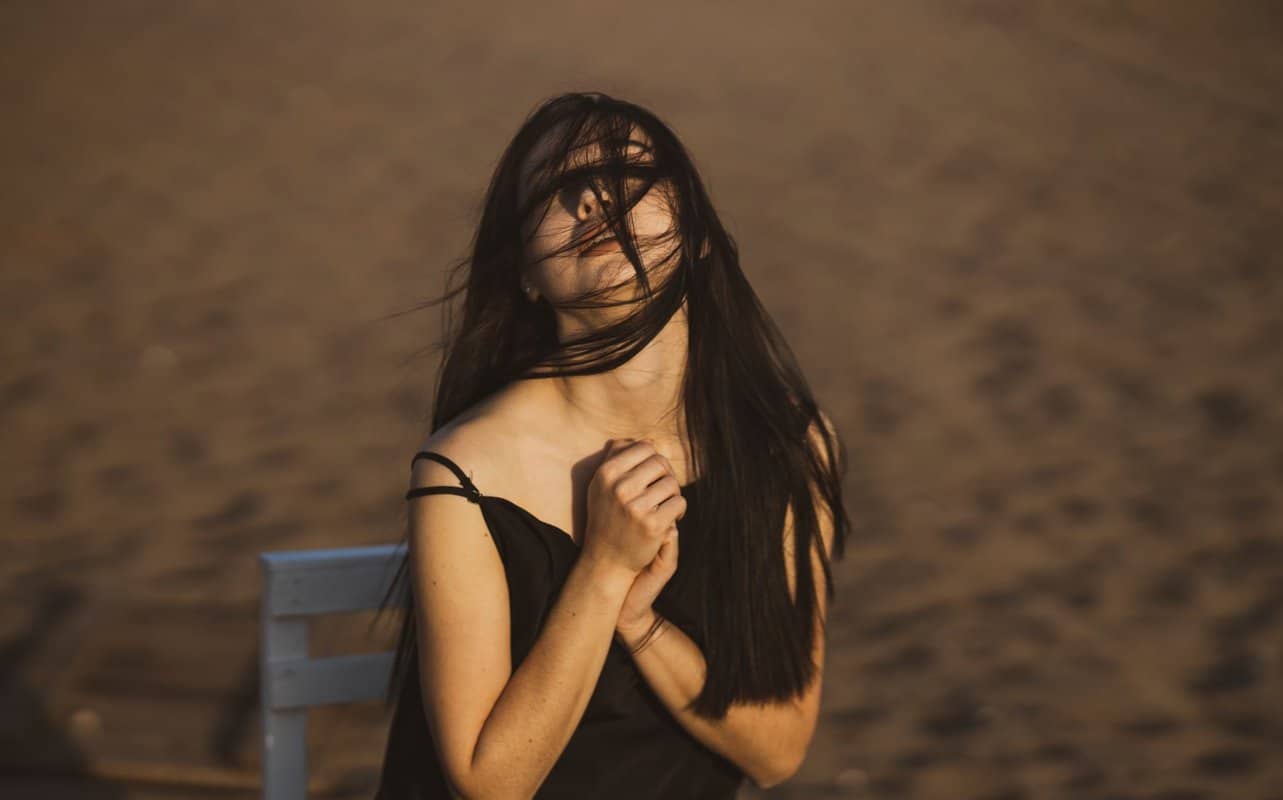 In the late 1900s, many new subcultures arose to help young people define and express themselves. These cultures helped promote a sense of community among the youth.

These cultures include groups like metalheads, punks, and goths. However, one culture is particularly notable, having received several revivals in the 21st century- the emo culture!

Why Are People Emo?

Many people, arguably most people on the planet, can find life particularly challenging. One stereotype of emo people is that they are all depressed and engage in self-harming activities.

Unfortunately, there is a bit of basis for this stereotype; emo people are among the music-based subcultures who are exposed to a greater risk of self-harm and suicide.

This stereotype is so pervasive that it is common to refer to anybody who is depressed or has engaged in self-harm as emo, especially in the early 2000s.

However, this statistic does not mean that every emo person has harmed themselves. Many simply disproportionately feel a sense of struggle in life, and emo music helps them cope with it.

Most emo music contains lyrics about struggle and hardship that emo people may feel some connection to, and it can help them cope with any issues in their life.

Emo culture has a very striking aesthetic and style of dress, with many sharp angles and bright colors accenting dark backgrounds.

This sense of style typically manifests as dyed hair done in angular styles, such as large, slanted bangs, and clothing consisting of dark band shirts and torn, black, skintight pants.

This striking style is appealing to many people who wish to stand out from their peers and forge a unique identity, especially if they are already fans of emo music.

Aside from aesthetics, emo culture is a very poignant one. Emo people are often very kind and honest with each other, promoting emotional vulnerability and a sense of community.

While groups such as metalheads offer an aggressive sense of beer-swilling fraternity, the sense of community evident in emo cultures is more of a matter of genuine friendship.

Read More:  Why Does He Text Me Then Ignore Me? (11 Reasons Why)

While most humans feel a need to be a part of a community, people may be drawn to the emo subculture because of the friendliness of other members and openness about their feelings.

You have read about emo music several times and may be wondering what kind of music that term applies to!

Emo music started in the 1980s as an offshoot of pop punk music, having poetic and confessional lyrics and vocals that were often screamed or shouted.

Over time, some emo music shifted to become more extreme in a similar manner to heavy metal, with heavier guitars and shrieked vocals.

Other types of emo music moved more towards their pop-punk roots, resulting in bands like Fall Out Boy and Panic At The Disco in the early 2000s.

These bands grew a large following at their heights, and many of their fans were described as emo.

5. Their Friends Are Emo

As with any other interest, people may become emo if they have friends who are emo. People want to fit into a group, and if their friends are emo, they will be too! 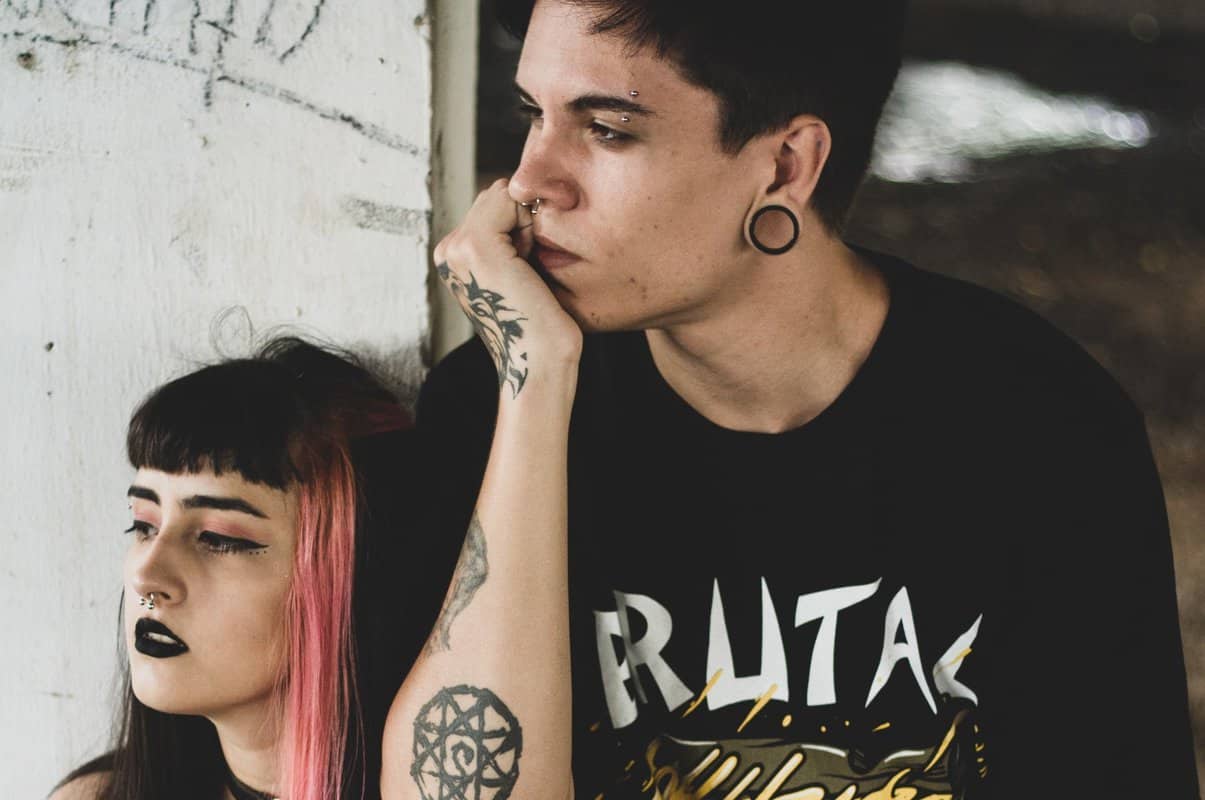 Humans genuinely feel the need to fit into a group– this is a phenomenon that is widely accepted by psychologists.

With a culture as accepting as the emo culture, it is no wonder that so many people choose to fit into the emo grouping!

Emo culture is prevalent among teenagers and young adults, who have been the culture’s target audience since its foundation in the 1980s.

This period in a person’s life is known for being a time of self-discovery where people learn what they enjoy and what makes them work as a person. It is a time when people define themselves!

As such, emo culture and its expressive nature can be used to help people define themselves.

At the very least, ascribing to the emo subculture can be a stepping stone on the way to somebody being comfortable with themselves.

Read More:  Why Do Women Cross Their Legs? (9 Reasons Why)

For many people, some event in their life has shifted them toward their respective subcultures.

For example, religious people may have had some sort of crisis of faith or a religious experience that drove them towards their faith.

Similarly, emo people may have experienced some life events that drove them towards the emo subculture, such as a rough childhood or a particularly beloved concert.

9. It Is How They Express Themselves

Like other music-based subcultures, such as the aforementioned metalheads, punks, and goths, emo people use the culture to help express themselves and their tastes.

Many people who ascribe to a subculture do so for similar reasons, as self-expression is a vital concept to most people.

Metalheads may wear denim or leather clothing with graphic or heretical imagery to reflect aspects of the music they enjoy and express themselves.

Similarly, emo people may elect to wear tight and shredded black pants and dye their hair to reflect their music of choice and express themselves.

10. They Simply Call Themselves Emo

Sometimes, people are emo simply because they call themselves emo! Emo is not a subculture that people are often born into; it is one you have to join.

Assimilating into a culture can be a lengthy process, but subcultures like emo can be relatively easy to join.

Most people opt to wear dark, form-fitting clothing and listen to emo music, but many people simply call themselves emo and fit into the subculture!

Not every emo person needs to have the full emo regalia and own every Fall Out Boy album on CD. People can pick and choose which aspects of the emo culture they like and use those!

The stereotype of emo culture is people wearing dark clothing, certain hairstyles, and having a depressive nature. This stereotype is a similar image to another subculture- goths!

Goths are not to be mistaken for the Visigoths, an early Germanic people who resided in Europe from the 4th to the 8th century AD. However, these Visigoths are an early influence on goths.

People who identify as emo are often confused with their similarly-dressed gothic counterparts, though the differences between the two cultures can be expansive.

While emo culture bases itself on emo music, much of gothic culture spawned from the rise of gothic rock in the 80s. Gothic architecture and literature from the 1800s also influenced goth culture.

Gothic rock is a subgenre of rock music known for its ethereal, atmospheric sound mixed with ominous lyrics and loud guitars.

Bands in this genre are more influenced by post-punk, unlike the punk-influenced bands of the emo movement.

Post-punk is another offshoot of punk that focuses on more introspective and intellectual lyrics with a typically atmospheric production, including bands such as Joy Division.

Popular gothic rock bands include The Cure, Bauhaus, Type O Negative, and Nick Cave. These bands were influenced by the same gothic elements as the culture that surrounds them.

With so many similar elements in fashion and attitude, many people from the emo culture are often mistaken for goths.

If you are trying to figure out if somebody is emo or goth, ask them about their favorite music. Alternatively, ask if they like Edgar Allan Poe- goths love his poem, The Raven!

To learn more, you can also read our posts on why people whistle, why it is rude to roll your eyes, and why people hate.

Ultimately, there are many reasons that people may identify as emo. Due to either the appeal of the culture or a mental state that requires help, emo people are incredibly varied.

While the darkly-clothed and pierced appearance of emo people may be concerning, there is no need to worry. Consider talking to the next emo person you meet- many of them are friendly!

Why Are British Cars So Unreliable? (11 Reasons Why)