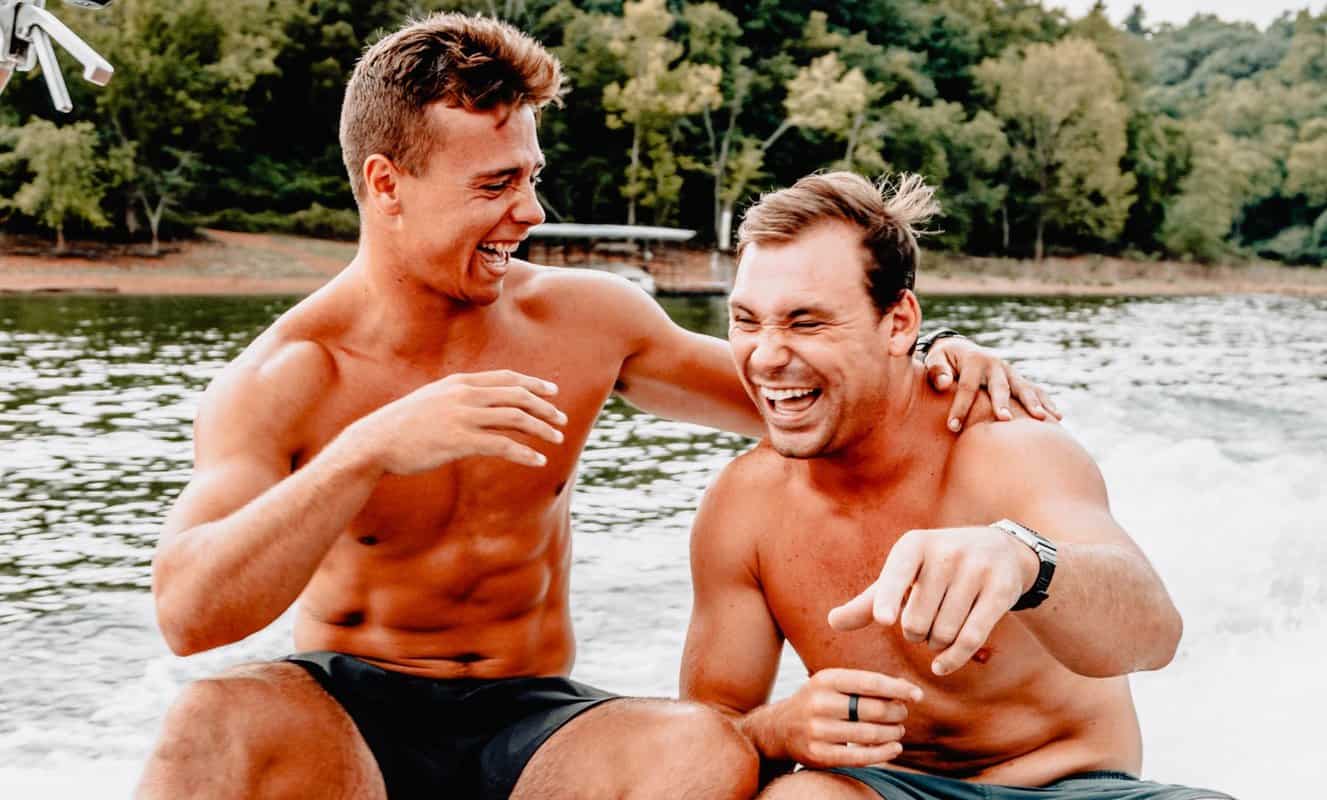 It’s a tale as old as time- in the classroom, a boy can be goofing off and doodling lightning bolts in his notebook while his girl classmates are trying to pay attention. This idea is so ingrained in American and European culture that Disney has based plenty of original movies on it!

Stereotypes tend to have some basis in reality, no matter how wildly distorted it grows in the public conscious. Boys being immature is no exception- there are many reasons why boys can seem that way, and here’s why!

Why Are Boys So Immature?

The biggest reason that boys are more immature than girls is that boys mature slower! It’s a well-known biological fact that girls hit puberty before boys do.

Puberty indicates the onset of maturation, with hormonal changes in the brain occurring at unmatched paces.

One of the pieces of the brain affected by puberty is the amygdala, which controls impulses. As puberty develops the amygdala, people become less impulsive.

With boys being up to two years behind girls developmentally, it’s no wonder that young boys can seem so much more immature and impulsive than their peers!

People tend to act more ‘mature’ after puberty, and with girls hitting puberty several years before boys, boys have a lot of catching up to do. Some boys can take until their 20s to catch up to girls.

2. Boys Are More Open With Their Friends

This comfort strikes just as true for young boys as it does for older men. As people become more comfortable in their friendships, people tend to feel more open.

People may bring up more odd and immature topics in conversation when they feel open and comfortable with their friends.

When combined with the hormonal imbalance in a young boy’s brain, this closeness can lead to boys loudly discussing crass topics.

It’s one thing to have that kind of discussion, but when people can hear it, it makes boys seem even more immature!

Even though boys start puberty long after girls, neither sex is finished in high school. This is common knowledge- everybody knows that high school years can be awkward, physically and emotionally!

With both boys and girls continuing development throughout high school- and even into college!- the perceived immaturity of boys can be grating.

This irritation can be magnified by the fact that the girls are still developing, too. The girls aren’t as mature as they will be, either, so a girl’s reaction to a boy’s immaturity could be disproportionate.

After all, high school is what happens when you stick a bunch of developing boys and girls in a room together. High school is a mix of developing children getting angry at each other because they all think everybody else is immature!

As a direct result of puberty, hormonal changes take effect. This is true for anybody, not just boys- girls experience this just as much!

The rapid and massive hormonal shifts happening in somebody’s brain can cause them to become moody or impulsive, seeming to lash out at everything.

While this happens to boys and girls equally, a girl will have already gone through it by the time a boy does- and as such, the boy might seem more immature.

In terms of communication, boys are outright more direct than girls. This directness can be to the point that it is considered overly blunt, or even insensitive.

While this could be the product of a culture that teaches men to be stoic and speak their minds, it’s a massive pattern.

Read More:  Why Did My Ex Randomly Apologize? (11 Reasons Why)

Either way, this directness can lead to boys sharing their opinions in inopportune times and seeming very immature in doing so! 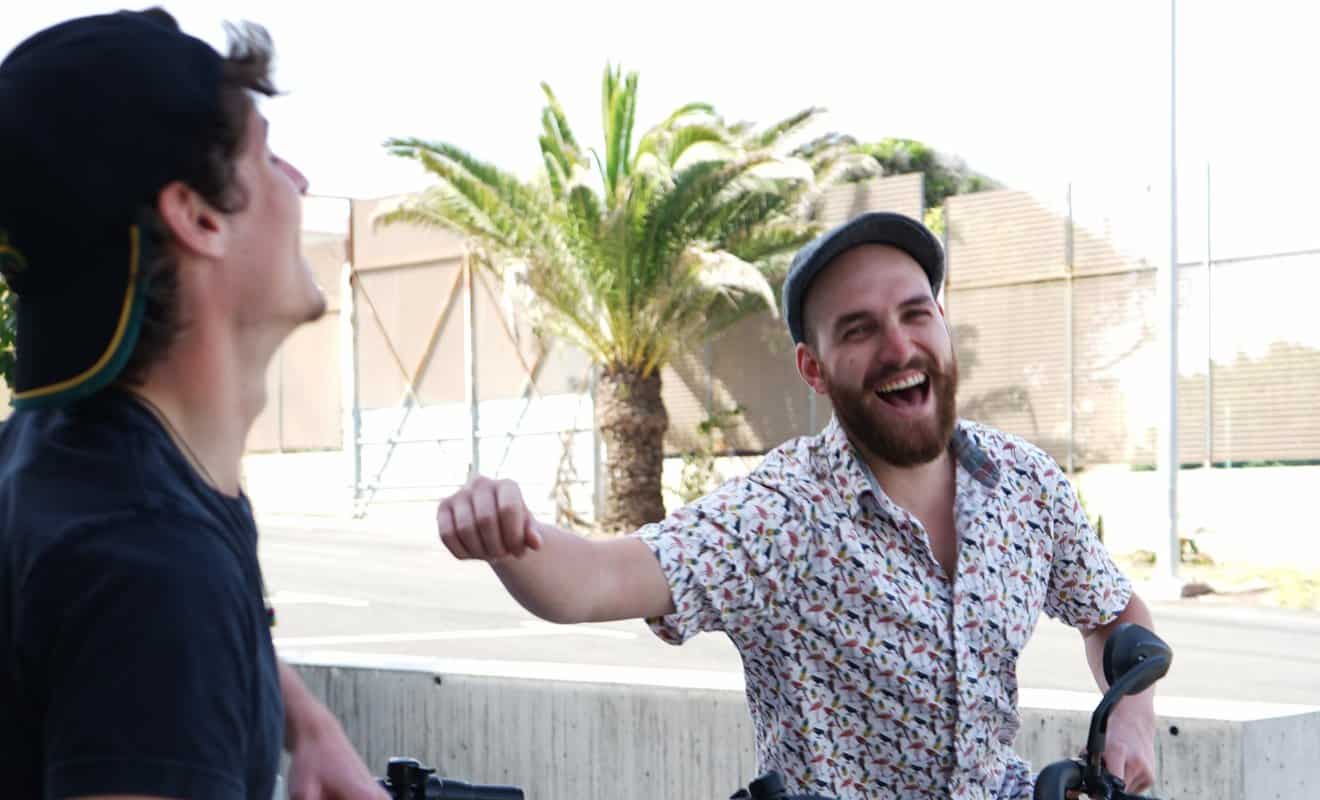 More than just in their friend groups, men of all ages tend to get comfortable in new situations easier.

Following the same line of logic as their friend groups, when somebody feels more comfortable, they will be more open- and may say things less professionally!

When combined with how boys can be more direct in general, this can lead to boys being far more casual than may be appropriate in certain situations.

If this is a group of boys, this will not be much of a problem- but if a girl is in the mix, she might think the group is extremely immature.

In terms of societal causes, societies tend to expect boys to act immature- and as such, they do!

The power of stereotypes is that people will feel pressured to live up to them, and this one is no exception.

In stark contrast to how society expects boys to act, society wants girls to hold themselves to a higher standard.

Many people, especially schools, expect girls to be far more prim and proper, with goofing about being restricted to after-school sleepovers.

This could be a product of how girls hit puberty before boys, but there’s no way to know for certain. Either way, it’s a definite fact that society expects girls to ‘act their age’ far before boys!

9. Boys Get Away With Things Easier

As a side effect of how society expects less of boys, they can get away with things easier.

If boys are roughhousing and one gets injured, the boy can get away with a light scolding, even if one boy injured the other on purpose.

Read More:  Why Do Parents Lie About Santa? (7 Reasons Why)

The phrase ‘boys will be boys’ exists for a reason- people will let boys get away with things that girls will have no chance of getting away with.

With boys growing up like this, they simply might not know better as they get older. Nobody taught them better!

For a notably simplistic explanation, sometimes boys seem immature because somebody perceives them as immature.

When somebody has a preconceived notion, their mind will attempt to justify it. This phenomenon is known as ‘confirmation bias’ in the psychology field.

As such, if somebody believes boys are immature, their brain will look for evidence of boys being immature.

11. More Likely To Have ADHD

While not necessarily synonymous with immaturity, boys are four times more likely to be diagnosed with Attention Deficit Hyperactivity Disorder than girls.

ADHD can directly lead to issues with impulse control and paying attention, along with hyperactivity. A lot of times, a boy may seem immature, but he’s just struggling with ADHD.

To learn more, you can also read our posts on why guys send short texts, why guys sleep with their ex, and why guys hug from behind.

Hopefully, you can understand why boys can be so much more immature than girls their age. For a good portion of the time, they just can’t help their immaturity. Whether it’s a matter of culture or biology, boys and girls can simply act differently!

Why Are Capybaras So Chill? (7 Reasons Why)