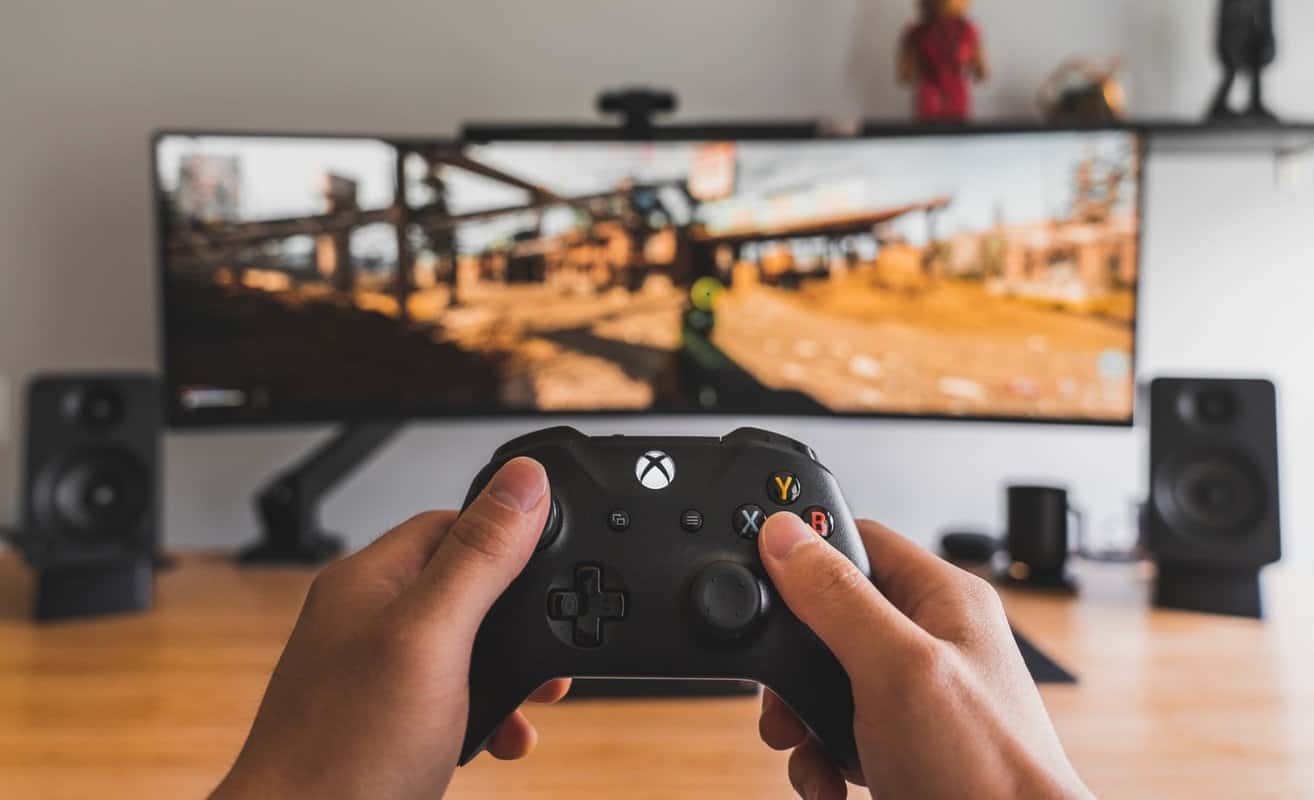 Video games have become an increasingly-accepted pastime for both youths and adults all over the world ever since they exploded onto the scene in the 1980s.

Whether it’s a competitive first-person shooter, a brain-teasing bout of Bejeweled, or logging onto Animal Crossing to relax, gaming has become a beloved hobby for many.

Sometimes, however, you may feel like you’re very bad at your preferred games. Perhaps your team in Call of Duty got stomped, or you’ve died to a boss in Devil May Cry too many times.

Whatever it is, you could feel like you’re just outright bad at your favorite hobby. Here’s what the issue may be!

Why Am I So Bad At Video Games?

With poor hand-eye coordination, you will find it challenging to play shooter games.

Video game controllers and computer mice operate under this principle. If there is a disconnect between your eyes and your hands, you will have difficulty controlling your character in a video game.

Controlling your character is the most fundamental thing necessary for shooter games, so if your coordination is off, your gaming is off!

One of the most important aspects of any video game is being able to focus, and one of the easiest ways to lose focus is to be tired.

Along with a lack of focus, a lack of sleep can ruin your reaction time and attention to detail. No matter what video game genre you prefer, these aspects are necessary to do well.

Sleeping well is of the utmost importance for quality performance if you want to take your gaming seriously.

However, coffee and energy drinks are not a good fix if you have trouble sleeping; caffeine can affect your motor skills and make your hands jittery.

You don’t want to miss a shot because your coffee-fueled hands are twitching or shaking!

Even the most theoretically mindless FPS games require some modicum of strategy to succeed.

You may be itching to run into a room and gun down everybody inside, but more often than not, that will only lead to you getting shot first.

If you try to face these people by running in guns-blazing, you’re not going to get far. You will have to consider how to get into their room, and if it’s even worth doing so in the first place.

Puzzle games, such as Myst or Bejeweled, and the aptly-named strategy games will require sufficient use of strategy.

Turn-based games such as the aforementioned Bejeweled or Sid Meier’s Civilization games will pause to allow you time to think of a plan before enacting it.

No matter what the scenario, the vast majority of video games require some semblance of strategy. If you’re not putting any thought into your gameplay, you will do poorly.

Much like hand-eye coordination, spatial awareness is a function that you need to play video games.

Spatial awareness, as the name implies, helps you to be aware of your surroundings.

In a shooter or a horror game, this can help you figure out where your enemies are- and make you better at the game.

The enemy of all gamers is a poor internet connection. Lag has been cursed many times, and often rightfully so.

If your internet connection is less-than-stable, your latency will prevent you from playing a multiplayer game in the same way as your peers. Lag really can make you worse!

6. Stress In Your Life 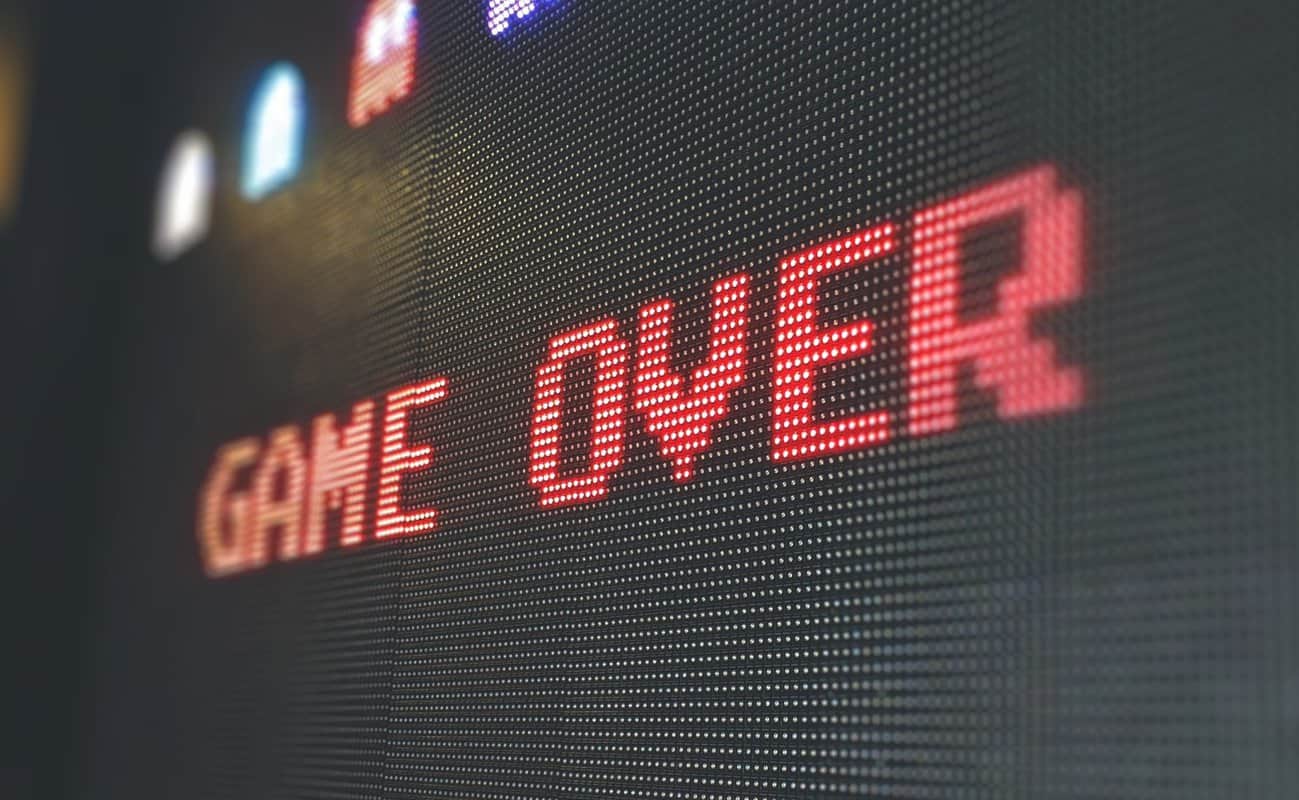 Much like a lack of sleep, stress can lead to a lack of focus- and, as a matter of fact, many of the same side effects!

To ensure optimal performance, make sure you’re playing in a stress-free environment without stressors from things like work or life.

7. You Have Bad Equipment

Everybody tries to blame their equipment for poor performance in video games, though frequently, this can be a cover for lack of skill.

Sometimes, however, it can be true! The Nintendo Switch is notorious for a fatal flaw in its controllers, where the joysticks on the controller can move or drift in a random direction without any input from the user.

For obvious reasons, equipment that acts on its own can cause poor performance.

Imagine you’re playing Smash Bros and trying to move away from your opponent, only to move towards them instead. This isn’t good!

If you’ve just picked up a new game, or it’s been a long time since you played your favorite, you’re not going to be the best in the world at it.

Practice makes perfect, and video games are no exception. The longer you play a game, or video games in general, you will learn tips and tricks that make games significantly easier to play.

The more you play, you will also learn how you enjoy playing games.

Some people have different playstyles than others, and finding what works best for you is essential for getting better at a game!

Whether you’re tired or not, if you’ve had a lot to do in one day, you likely won’t be on your best performance.

Your mind may be somewhere else, and you might be thinking about a pen you left at the bank instead of the game you’re playing.

Video games can be a fun way to relax, but if you’re worried about how good you’re doing, you’re not likely to relax much. Ironically, this can lead to you doing worse than usual.

Read More:  Why Does Steam Update So Much? (7 Reasons Why)

10. You Keep Changing Your Setup

Minute things can affect how well you play video games, from the position of your mouse to your new computer monitor to how you sit.

If you’re frequently changing these things, or even made a significant change recently, you may find yourself far worse at video games than usual.

This performance drop could be due to your new setup being inferior, or it could just be due to you getting used to the change. In this case, you will just have to give it time

The most important aspect of video games is having fun. If you’re not having fun, you’re not playing games like they’re meant to be played, and so you’ll do worse.

This is a bit of a spiral, as poor performance can lead to not having fun in the first place- but in that case, it’s best to stop playing.

Make sure you’re in good spirits and have fun!

To learn more, you can also read our posts on why people hate Fortnite, why League of Legends is so popular, and why PS Vitas are so expensive.

Ultimately, there are plenty of reasons you could be bad at video games. A good number of these reasons have more to do with your health than your level of skill! Your performance as a gamer can be affected by many minute things that can stack up over time.

If you notice your performance getting rapidly worse, it might be time to take a break. There’s no need to get upset and throw your controller- sometimes, people just need to take five and relax a little. After all, video games are for fun!

Why Do Rich People Play Golf? (11 Reasons Why)