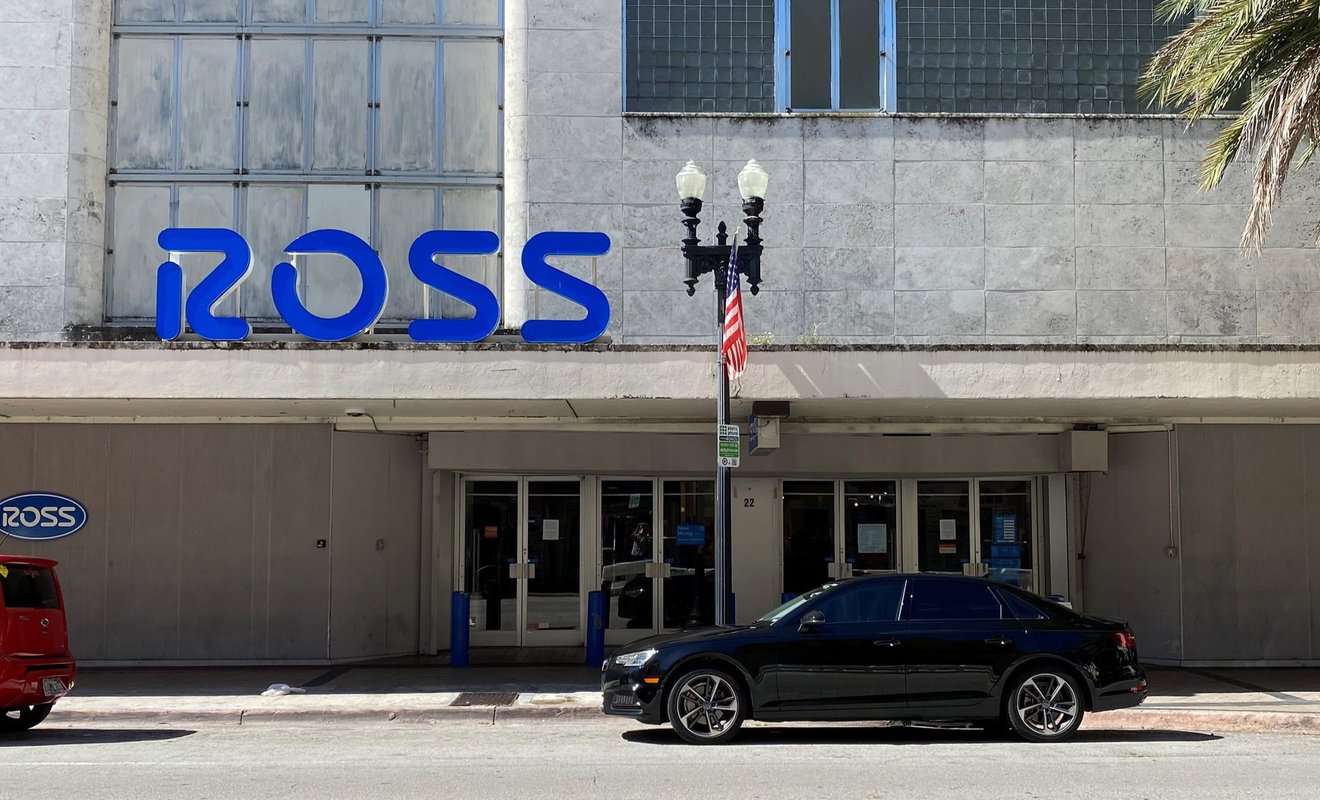 Ross Dress for Less is one of the most popular discount clothing stores with a fiercely loyal customer base. Ross brags of a no-frills approach to bargain shopping, where discounts are plentiful.

The discount clothing store makes shopping for that perfect summer maxi dress and matching pair of strappy wedges easy and accessible. Over the years, many consumers have speculated, why is Ross so cheap? Here is what we found out.

Why Makes Ross Cheaper Than Other Retailers?

The modest look is purposefully done to keep costs low. Ross would rather use their profit to keep prices low on their product than deck out its stores with the latest decor.

Designers are always three steps ahead of trends in the fashion world, so before one season is over, they’re already on to the next. If they overestimate how well certain articles of clothing will sell, it could mean they’re left with a surplus.

A surplus or overstock is great news for consumers because designers will then sell their extra clothing at a discount to retailers like Ross. Ross will then turn around and sell the items to consumers at a fraction of the original cost.

Major department store retailers like Macy’s or Saks Fifth Avenue get designer clothing in season to sell to their target customer base. However, the stores’ have an agreement with the designers to ensure they are not stuck with excess clothing once the season changes.

These agreements are called buyback clauses, in which a designer/manufacturer must purchase the excess clothing that hasn’t been sold after an allotted time. If articles of clothing have not done well that season, it could result in a substantial loss for manufacturers.

Read More:  Why Are Vans Shoes So Expensive? (11 Reasons Why)

The way to resolve this issue and ensure that everyone wins is to sell the overstock to discount retailers like Ross. Selling to another retailer lessens the blow of lost profit for the manufacturers and benefits consumers who can’t afford the original clothing price.

Some clothing or merchandise at Ross is sold at a discounted price because there may be some irregularity to the product. Hearing irregularity can sound scary, but it is nothing to fear in this case.

Irregularities can be as minimal as an uneven hem or incorrectly sewn tag. Most of the time, you can’t even tell what the irregularity is looking at the product.

Luckily, you don’t have to play a guessing game. Ross is very transparent about product irregularities and will tell you exactly what that is on the product tag.

Unlike other clothing retailers, Ross doesn’t have excess staff walking around the store offering their assistance looking for items. Most of their employees are at the front, ready to ring you up.

Ross hires just the right amount of employees to operate its stores. While that might provide a different customer experience, minimal staffing means lower labor costs for the company and cheaper clothing for you. 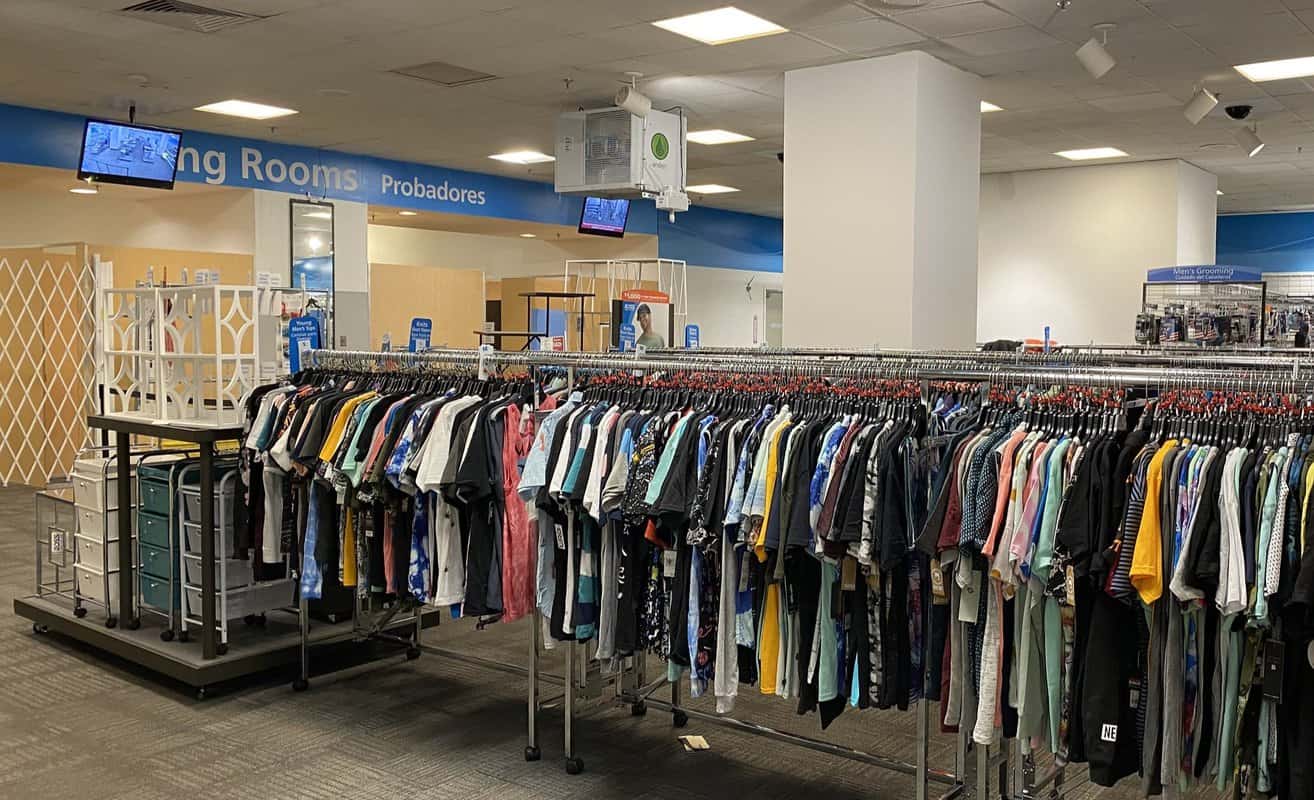 Ross has been around since 1982 and stood the test of time when other clothing retailers went out of business. In fact, the company is opening new stores every year. In 2021, they planned to open 60 stores nationwide.

The longevity and progress of the company are due to a fiercely loyal customer base. Recurring customer traffic allows Ross to keep their prices low because the demand is there for the supply.

Read More:  Why Are Fursuits So Expensive? (7 Reasons Why)

One of the ways Ross builds brand loyalty is through social media interaction with its customer base by offering giveaways and discounts. These incentives drive traffic to their social media pages and stores.

The more shoppers Ross has in its stores, the more profit the retailer makes, directly affecting the cost of their merchandise. Gift card giveaways, 10% Tuesdays for AARP members, etc.

Not all clothing at Ross is defective or out of season. It just so happens that Ross has come up with an effective buying strategy to procure the same in-season stock other retailers will carry.

Regarding the buying cycle, Ross will sit back until other major department stores and retailers have made their purchases. They study the supply and demand between retailers and manufacturers and then swoop in to scoop up what other retailers did not purchase.

This buying strategy often means Ross can get these brand new, never before seen items at a discounted rate.

The concept of “if it ain’t broke, don’t fix it” applies to stores like Ross. Their business model has been so effective they have increased their earnings margins significantly, going from 4% in 2005 to 8.18% in 2014.

Greater earnings also satisfy investors when earnings per share jump from $0.57 to $3.88 a share. The company knows part of the success of its earnings is due to their low prices, so they maintain them, as there is no need to raise prices to increase earnings.

Many consumers look at retailers like Ross as discount stores, which is what the fashion industry wants you to think. In truth, most retailers drastically markup the price of clothing to make a substantial profit.

Read More:  Why Do Women Wear Tight Pants? (9 Reasons Why)

Clothing rarely sells for a reasonable price, meaning a fair increase from what it costs to manufacture. To sell a garment for $20 to $30, it should cost half that amount or less to manufacture.

If clothing brands are paying $10 to manufacture a garment and selling it for $50 and the consumer has no idea how much it costs to make, they won’t know they aren’t paying a reasonable price. Some consumers argue that Ross’ prices aren’t cheap; they are fair.

With the rising cost of living and wages remaining low, there is a great need for inexpensive clothing and household items. Not every industry can afford to offer discounts or low prices for products.

Discount stores are a growing need in today’s market, and stores like Ross fulfill that need. As long as there is a demand for retailers like Ross, there will be companies ready to supply.

To learn more, you can also read our posts on why ZoLucky is so cheap, why fursuits are so expensive, and why men wear suits.

Ross is a treasure trove for many consumers. Shoppers are willing to deal with the limited staff, plain store decor, and messy racks for the chance to save their hard-earned cash.

The company offers the fruit of its collective labor to the consumer willing to hunt for the bargain. Lucky for us, Ross’ earnings continue to soar, so they’re likely to be around for a long time, fulfilling that much-needed space in fashion.

Why Is Hospital Food So Bad? (11 Reasons Why)