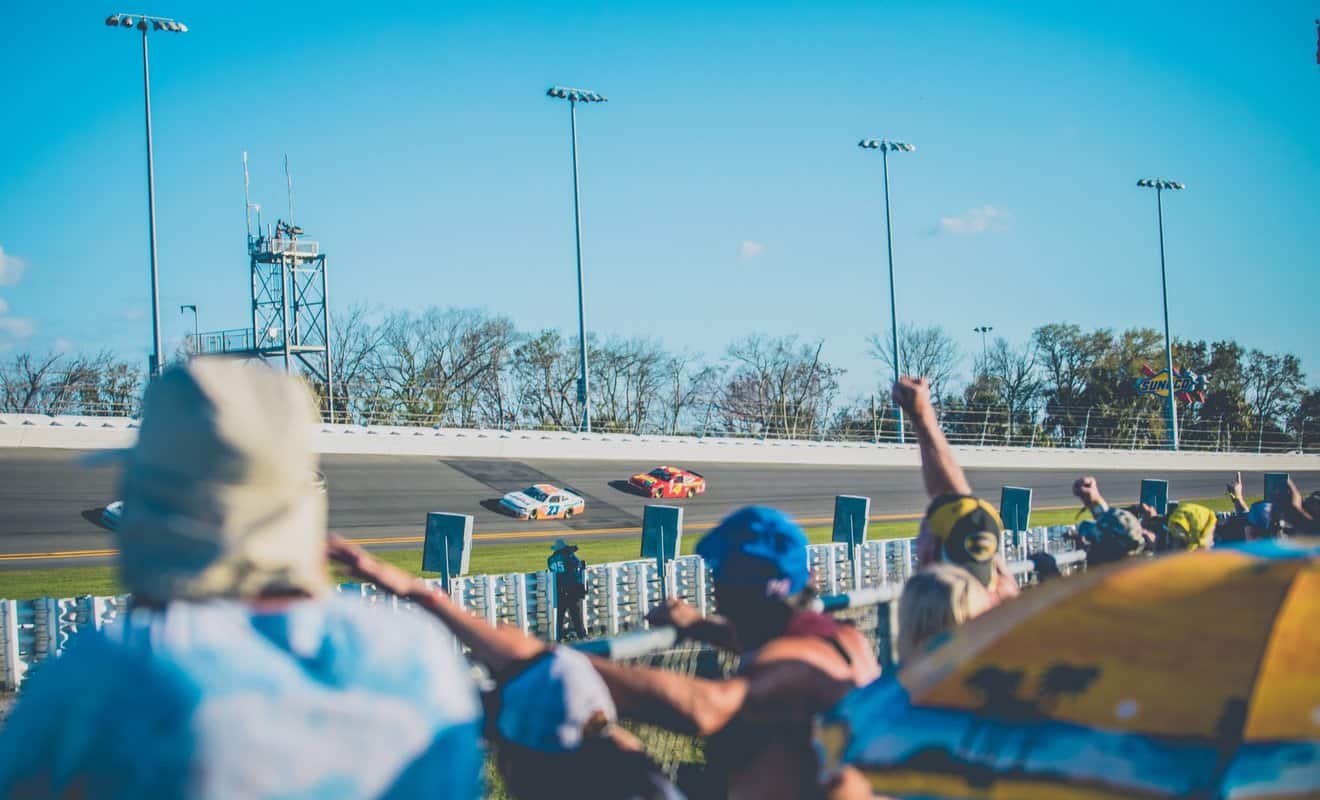 NASCAR is often promoted as a high-intensity motorsport event full of adrenaline and racing strategies, but that’s not always the case.

Getting in the groove and seeing where the hype is coming from for a new fan can be a little hard. So, what’s holding NASCAR back? That’s what I set out to explore!

Why Is NASCAR So Boring?

For a newbie in the world of NASCAR, the whole point of the race can be very easy to miss.

After all, the event ends up looking like a bunch of cars zooming past each other, taking repeating left turns on an oval track.

That’s not exactly the most entertaining way to spend an afternoon.

More often than not, the strategy that goes into the race isn’t easy to pick up on.

For example, you won’t always be able to tell the subtle differences between banking degrees and turning transitions.

Similarly, it’s not easy to understand the skill that goes into drafting and passing while going 200 mph with only a few inches between the surrounding cars.

One of the main complaints you’ll hear from old NASCAR fans is that the cars are no longer what they used to be.

Instead, the cars are almost carbon copies of each other, and it’s all due to the heavy regulations.

In fact, NASCAR had to penalize many Toyota cars and switch the allowed specs to even out the playing field.

Additionally, using speed limiters, like restrictor plates, takes off the edge of the race experience as a whole.

Some fans might favor a shift back to the modified stock cars with OEM parts. That’s because these cars were usually faster, had character, and were easily identifiable.

In the typical NASCAR schedule, the Daytona 500 comes too early in the season.

Read More:  Why Is Mercedes So Dominant In F1? (7 Reasons Why)

With this layout, the main rush is over very quickly. Keep in mind that Daytona is one of the hottest NASCAR events there is.

This way, fans are left with less entertaining content and nothing major to look forward to for the rest of the season.

So, unless you’re a hardcore fan, odds are, you’ll give up on the season soon after the Daytona 500 is over.

To be able to fit more cars on a track, NASCAR shifted to the cookie cutters from the traditional 1.5-mile fields.

Going for larger tracks also meant less rough driving and lower repair costs when cars rubbed up with each other. However, it also meant that fans wouldn’t see engaging racing styles.

Maybe NASCAR felt these tracks would appeal to a broader audience base and attract more sponsors. Yet, for many older fans, the shift felt juvenile and non-authentic.

Even top-name drivers like Jeff Gordon found these tracks to be boring.

While it’s not exactly ideal entertainment, crashes, rubbing, and banging fenders are all parts of NASCAR races that still haven’t lost their appeal.

Thankfully, with more and more safety features (and track shifts) added into the mix, accidents are becoming less common.

However, this also means that the fans that came to see the carnage are no longer getting their adrenaline rush from NASCAR as a contact sport. 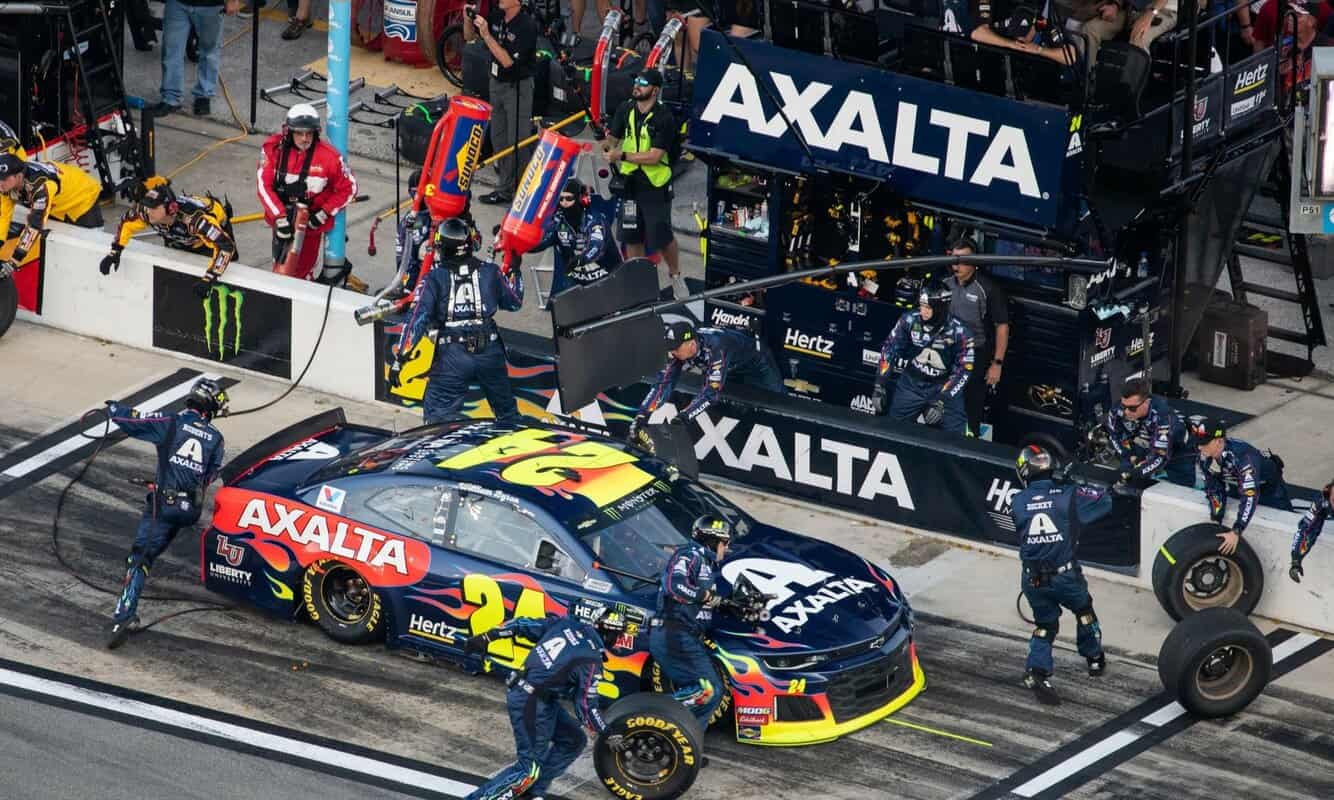 It’s not one tangible thing that feels off to the fans about the overly-corporate NASCAR, but a bunch of factors.

For one, the sponsorship deals and commercials often overpower the rivalry and drama between the racers.

This advertising frenzy annoys the audience and can blur the brand royalty.

Many NASCAR drivers now look more of a Hollywood-type, and their commentary seems a little coached by sponsors to some people.

In fact, the drivers can’t even use swear words at all. While this no-swearing rule is suitable for family viewers, it leaves the content feeling filtered and watered down.

Looking back at major Daytona races through the past decade, you’ll hardly see any rookies pop up anymore.

So, the fans are having a hard time seeing relatable underdog drivers to root for.

NASCAR races are usually too long for many casual viewers, especially the superspeedway ones.

While some might find a few exciting highlights in a NASCAR event, staying hooked up for over three hours is not easy.

Keep in mind that rain delays, spills, and wrecks can stretch out the race further. NASCAR could also push races to the next day to get around unexpected weather changes.

Of course, the hollow commentary style doesn’t help with attention spans either.

One way to tackle that is to reverse to shorter tracks or find intermissions that entertain the fans between dull periods.

After the 2016 charter, the rules and point system got a little complicated.

In NASCAR events, the driver who finished first gets 40 points, and the last car gets only one.

This system might sound simple until you realize that the race winner is determined by accumulating the results of three stages.

Then, each race result goes into the event’s total score. Additionally, the playoff format only makes the point systems even more challenging to figure out.

As a general rule, complicated point systems like that can be a major turn-off for many new fans.

NASCAR races are generally more entertaining when you’re seated next to the track.

However, since most NASCAR audiences can’t attend every race in person, fans must rely on TV streams.

Generally, the issue here is that it’s more challenging to stay focused when you’re watching 40 cars that look almost identical on a crowded track on TV.

You might think that seeing it live with commentary helps, but that’s not always the case.

Earlier, when NASCAR was streamed over the radio, the commentators played a more significant role in narrating the events and reeling the audience in.

Now, many fans feel like the TV commentary is a little redundant, too.

11. Penalizing Is Too Common

NASCAR events are notorious for their penalties.

For instance, you’ll see strict regulations loud and clear with the yellow line — you can’t cross it or push any competitor beyond it.

However, that’s easier said than done.

After all, there are 40 cars on track, only a few inches away from each other, and they’re all trying to pass. So, someone is bound to go over it every now and then.

Many fans understand that this comes from the desire to create clean events with fair play. Yet, stripping a driver from a title over technicalities like this can be particularly frustrating.

With a bunch of cars going over 200 mph, NASCAR isn’t exactly a snooze fest, but it’s still dull enough to warrant a discussion.

So, why is NASCAR so boring? Some parts are just too complex for new fans, while other recent changes to the rules and tracks deter older fans.

Why Is Oregon So Expensive? (11 Reasons Why)

Why Is London So Dirty? (11 Reasons Why)