Why Is Whole Foods So Expensive? (11 Reasons Why) 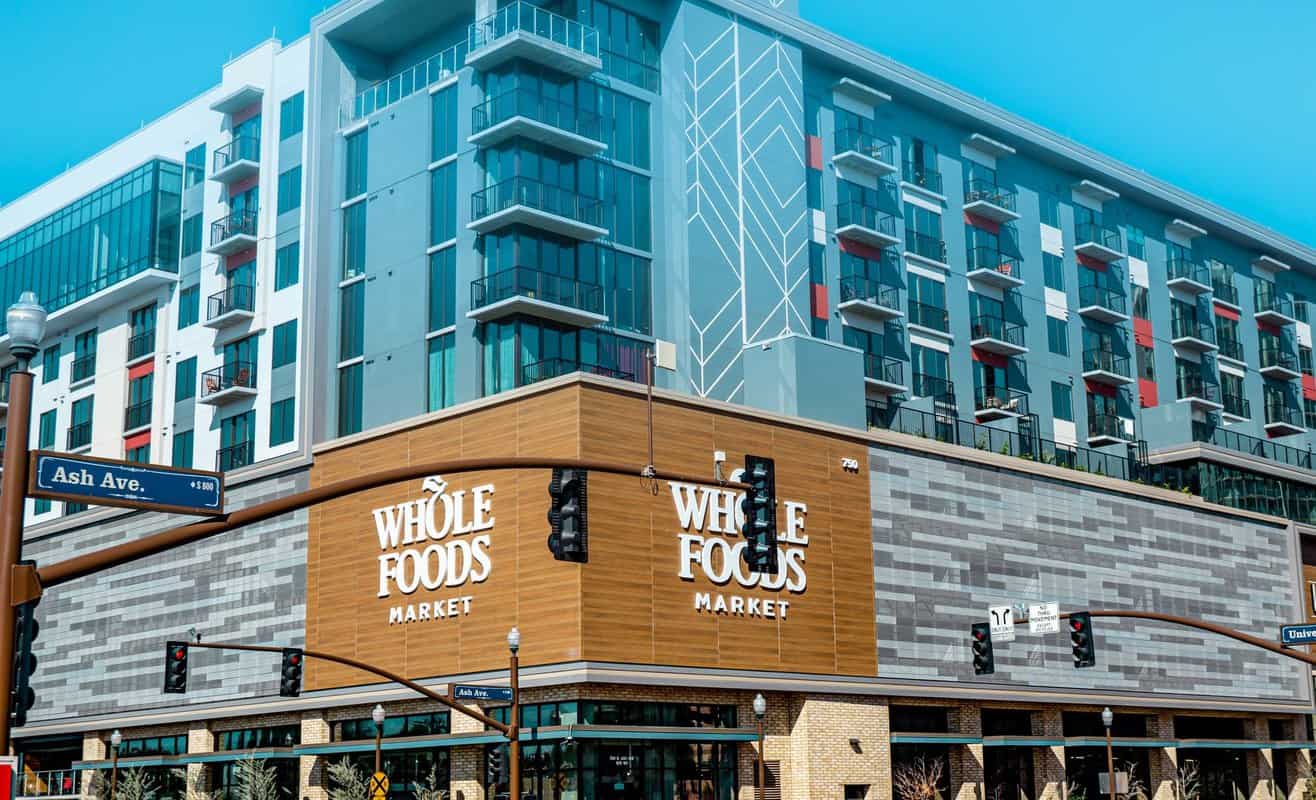 Ask anyone who does the grocery shopping for their household and they will you that hands down, Whole Foods is the priciest place to shop for groceries.

Before you head down there and find yourself gawking at the prices, here are 11 reasons why Whole Foods is so expensive.

Why Is Whole Foods So Expensive?

It is safe to say that Whole Foods built its business and reputation (whether it be good or bad) on the notion that the items sold in its store are of the highest quality and responsibly sourced.

Selling certified organic products like produce and meat is one thing, but it is quite another to undergo the process of certifying an entire organization.

Whole Foods is the only national grocery store chain that is certified organic.

While this demonstrates a strong commitment to the notion of adhering to high-quality standards, there is a price to pay for this qualification, and the buck stops at the customer.

Amazon built its business by offering a seemingly limitless range of products at reasonable prices.

So there was a reasonable expectation when it acquired Whole Foods that customers stood to benefit from an almost certain reduction in grocery prices at the national chain.

But recent data suggest that the reduction in prices for grocery items at Whole Foods has been minimal at best since Amazon’s acquisition.

In fact, one study has shown that following the blockbuster deal, price reductions at Whole Foods failed to even reach one percent.

Whole Foods’ reputation for being more expensive than its competitors has become something of a running joke that everyone seems to know.

Thanks to its high prices, Whole Foods has earned the nickname Whole Paycheck because this is seemingly what it takes to come out of there with a cart full of groceries.

On average, shopping at Whole Foods costs 10% to 20% more than other grocery stores. To put this in perspective, for a $200 shopping bill this works out to an approximate difference of $20 to $40 per trip.

Read More:  Why Do Lemons Taste Sour? (5 Reasons Why)

Having a bad reputation for being overpriced is one thing, but to get caught red-handed engaging in unsavory pricing practices is quite another.

This is exactly what happened to Whole Foods in 2015 when several of its New York stores were found to routinely overcharge customers for improperly weighed items.

Not exactly the type of PR that a grocery store chain that is already perceived as being expensive can use to improve its image.

After Amazon acquired Whole Foods, it touted free delivery service as being one of the biggest new perks of its Prime membership program.

For many customers, the prospect of getting their groceries delivered right to their doorstep more than justified the annual cost of Amazon Prime.

But this benefit is no longer available as Amazon has implemented a hefty $9.95 surcharge for deliveries of groceries to every household.

Not only is Whole Foods expensive for everyone, but now even Prime members must pay to have their orders delivered. 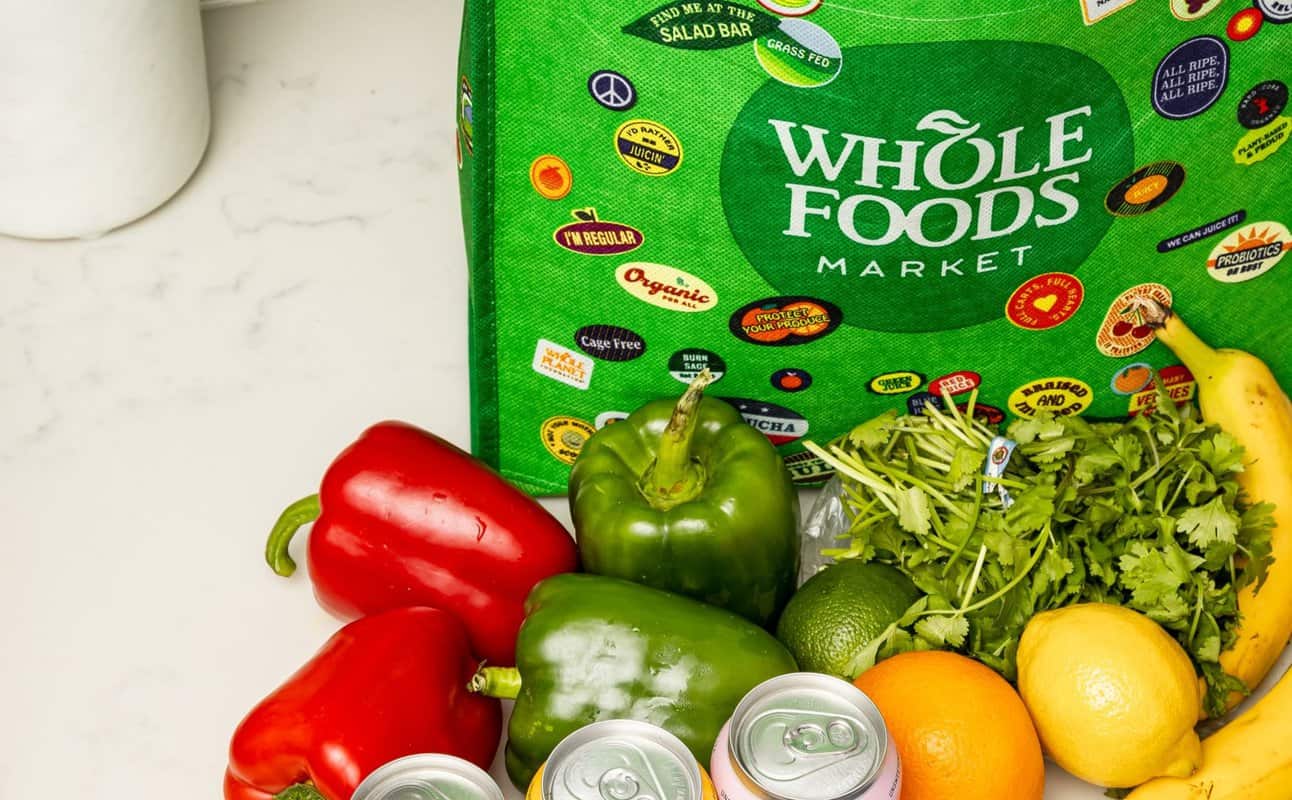 Not all of the reasons for Whole Foods’ lofty pricing levels are necessarily bad. Some, in fact, are quite good and commendable.

According to its website, Whole Foods bans over 230 ingredients that it considers unhealthy or improperly regulated. This is good news for shoppers who routinely ignore reading product labels.

Whole Foods’ prohibited ingredients list is extensive and includes some items that are routinely used by food manufacturers:

Not many shoppers read the nutritional information for the items that they purchase. For Whole Foods to shoulder some of the responsibility for policing sketchy ingredients is worth something.

One category on which Whole Foods has long hung its hat as far as its pricey product offerings is its well-known meat department.

Read More:  Why Is Pizza Hut So Expensive? (11 Reasons Why)

There is an impressive array of standards and requirements that Whole Foods enforces for the meat products it sells, including:

As would be expected, however, Whole Foods charges a premium for the meats it sells so it is up to the customer to decide whether these strict standards result in higher quality and are worth the extra cost.

Specialized sections, like a bona fide cheese shop and fresh juice bar, can be found in virtually every Whole Foods location making these stores a grocery shopper’s paradise.

One popular feature of Whole Foods locations is the extensive selection of ready-made food items that are intended to be taken home and eaten with minimal preparation.

Grab-and-go offerings like the salad bar, soup bar, and other ready-to-eat items are very enticing and hard to resist.

But at $9.00 per pound for a salad, one needs to think twice and consider whether the convenience of grabbing a meal while shopping for groceries is worth paying such a steep price.

There is a common perception among consumers that the product offerings at Whole Foods tend to be of higher quality with more traceable sourcing.

For staple food items, those used to prepare everyday dishes to sustain and nourish an ordinary family, Whole Foods is hands down more expensive than any of its competitors.

In fact, for basic items like eggs and bread, Whole Foods is 33 to 57% more expensive than mainstream grocery store chains.

Read More:  Why Is My Ice Cream Gritty? (5 Reasons Why)

Such standards are important considerations for many shoppers looking for responsibly sourced seafood. But such certifications also result in considerably higher prices.

By acquiring the Whole Foods grocery store chain, Amazon planned to tap into the huge supermarket industry while making a big splashy entrance.

Amazon’s secret weapon that it had hoped to deploy to its advantage was converting its millions of Prime members into a loyal Whole Foods customer base.

But Prime members have found Whole Foods too expensive for their regular grocery shopping, even with exclusive discounts to entice them into the stores. The figures are startling:

That even Prime members are doing their grocery shopping elsewhere is a clear message to Amazon that the perception of Whole Foods being expensive and overpriced remains strong.

It is common knowledge among those who do any grocery shopping that Whole Foods is considerably more expensive than its competitors despite now being owned by retail giant Amazon.

There are a number of reasons why Whole Foods is so expensive. Policing ingredients and demanding transparency in sourcing is one thing, but flat-out charging more for comparable items is quite another.

Why Is Hospital Food So Bad? (11 Reasons Why)