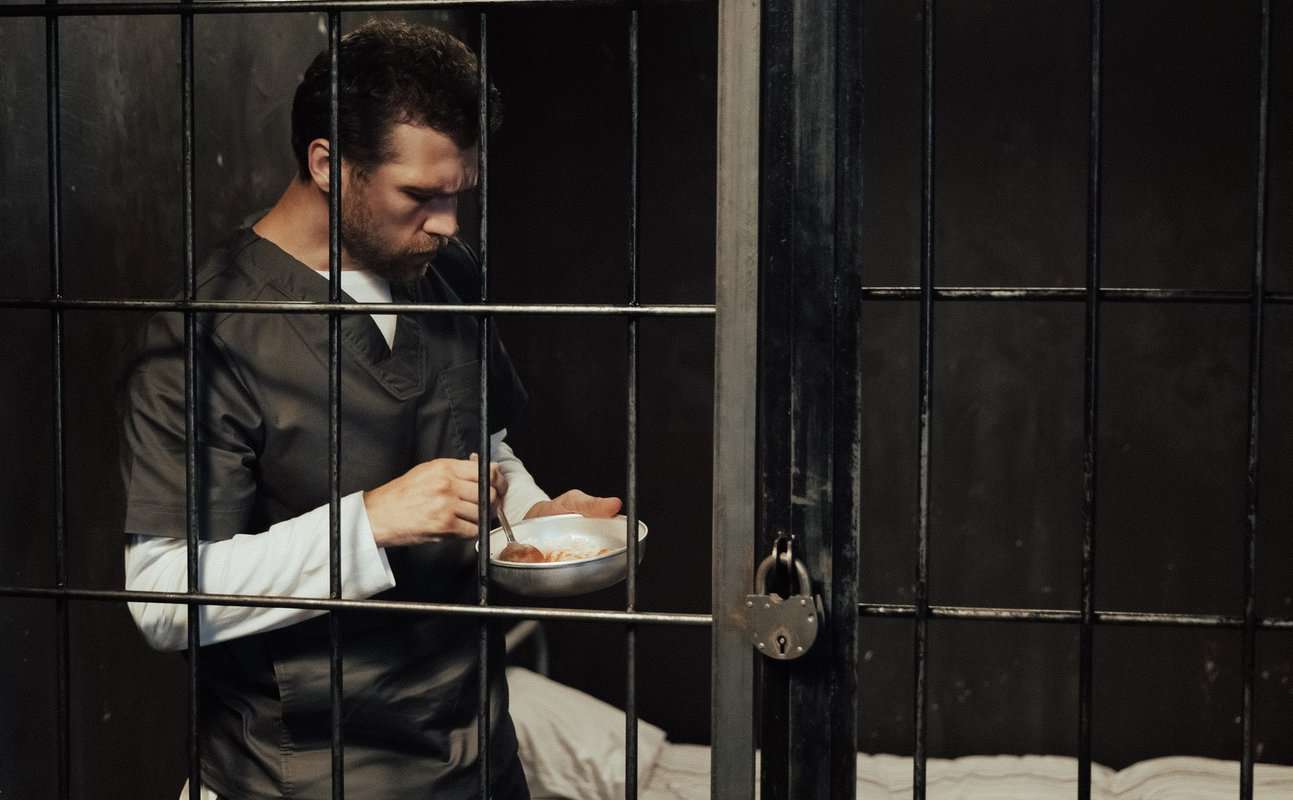 When someone is in jail their basic human rights are provided which are food, water, and shelter. This doesn’t mean they will be up to a certain standard. As long as they are fed the states do not care.

After all their bad decisions made them end up in the situation. Inmates do not need five-star meals as it would cost far too much to provide high-quality food when most schools do not get high-quality meals.

Why Is Jail Food So Bad?

There are standards when it comes to what humans need to eat every day to remain healthy. Jails do provide three meals a day, but they are lacking nutritional values in their meals.

Many times, the food found in jails will be high in sugar and calories while the food lacks the needed vitamins. In many jails, inmates buy snacks from the commissary to help keep them full in between meals.

While those snacks are not always healthy it does give them assorted flavors instead of the typical foods that are offered. Those that do not have extra money will only get three meals a day.

A study has shown that jail food will not provide the needed daily nutrients to help the human body thrive. The lack of vitamins can cause inmates to feel sluggish and lay around more during the day.

On average the typical inmate has no prior training on how to properly handle food and serve it. The jail will give a few lessons but, the staff does not care as long as inmates are fed.

Lack of food safety is the main reason behind inmates becoming ill from food touched by someone who is sick. Inmate’s cough or touch their noses then touch the food with their gloved hands.

If inmates were trained on how to handle food safely the illnesses from cross-contamination would greatly be reduced. Different states do not want to toss extra money at the jail for training.

Inmates are not known to be the most trustworthy people in the world. When an inmate is allowed to have a job and something to do other than sit around, they jump at the chance.

When you have an inmate that has no prior food safety training more than likely the food will not be handled properly. While inmates having a job is a reward and many want to try to prepare it right.

Proper hygiene is hard to do in most jail settings while the soap is supplied in some cases inmates abuse the privileges of having some essentials, so they are limited.

Some jails do have certain seasonings provided to prepare meals but, the food will taste bland. Spices cost extra money which jails do not want to give if they can help it.

In some cases, hot spices have been used as weapons and thrown at other inmates. Kitchen inmates are typically trustworthy but when provoked anyone can lose their cool. Jails do not want the added risk.

Inmates tend to get a little creative and create meals that are flavorful but still lacking in nutritional values. In jail there is not much to do so snacking on tasty food helps to pass time.

Most of the food that is offered in prison is filled with sodium or higher salt levels. Every food is processed and has remarkably high levels of fat. The foods should not be eaten every day.

Depending on how long someone will be in jail they could become overweight or have health issues due to the foods offered. Even the snacks offered are highly processed or foods filled with sugar.

Years of consuming jails foods will always come with bad side effects and if you add in potential drug use and lack of exercise it leads to sick inmates.

Read More:  Why Is DoorDash So Bad? (9 Reasons Why) 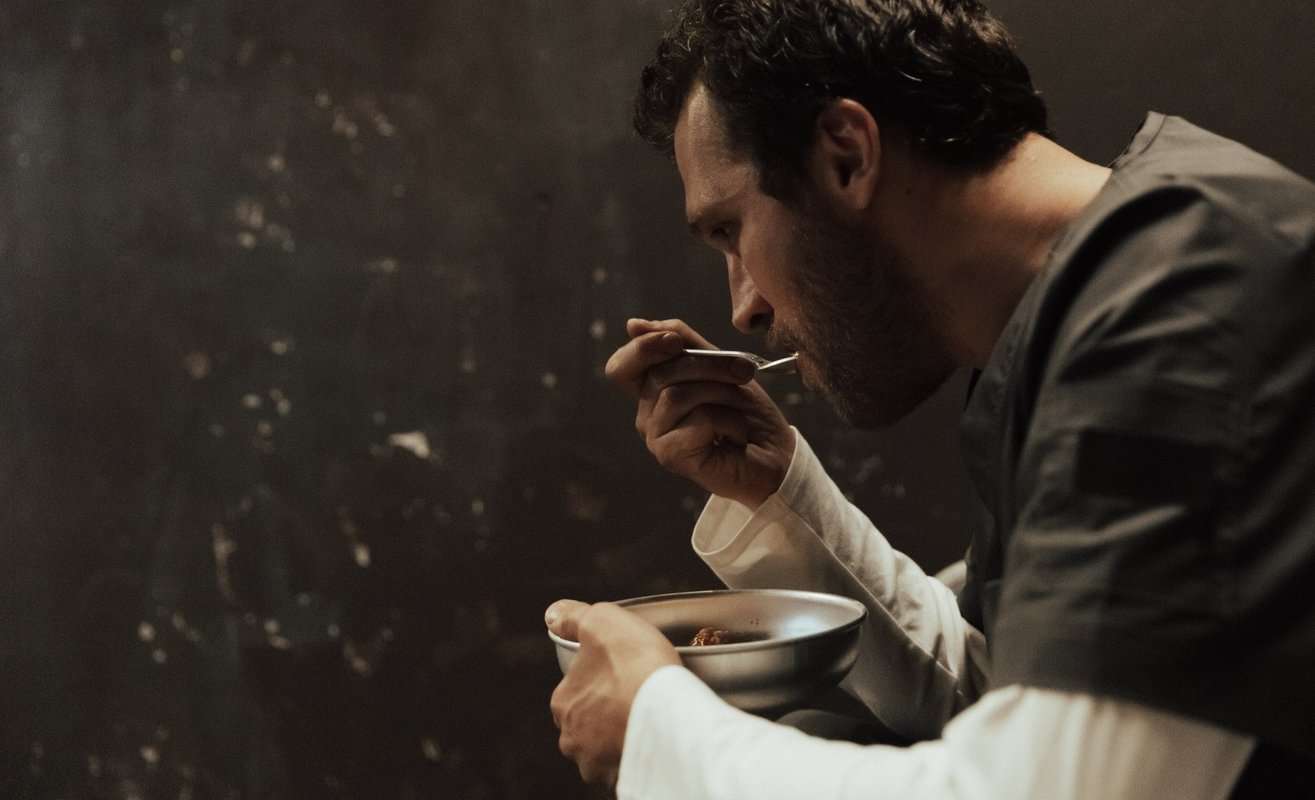 Inmates are not always trained to handle food correctly. In some cases, they will not know how long certain foods can sit out and what food can cause cross-contamination.

These simple things can cause food-borne illnesses to wipe out a whole unit of a jail. Hundreds of inmates getting sick with only a handful of staff to help them is a disaster waiting to happen.

A simple training class for inmates that work in the cafeteria is all that would be needed to avoid an outbreak of vomiting throughout the jail.

In most jails around the country, meals are not fresh, instead, they come prepackaged, frozen, or canned. This makes for food that while they are edible, is not of high quality.

The companies that provide the meals are not offering gourmet food for an inexpensive price. They are offering foods that will give the minimum nutrition needed for a human to function in jails.

Funding is exceptionally low for inmates in jails and prisons. Schools and nursing homes are required to pay for their food while inmates are provided three free hot meals every day.

The lack of funding offered to jails is so low for food that many jails only have under $4 per inmate per meal. There is not enough money to go around, and many people are not concerned with how well they eat.

There are some people in jail for violent crimes while there are plenty of wrong place wrong time inmates. In the end, they are humans but when people remember their crimes they care less.

People also know that many kids do not have money for food while inmates are eating for free in jail. These reasons are why the food is not as good as it could be, and they are given the bare minimum.

Fruits and vegetables are easy to turn bad which would cost the jail to lose money. Money that the state does not have to throw away on produce.

Some jails offer salads on occasion, but they are not a full salad like you may be thinking. They offer side salads that are typically only basic lettuce and dressing.

A little lettuce once a week is not enough to give the proper nutrients needed from fresh produce. There are sometimes apples and oranges offered but, in most jails, they are not always available.

For many people, jail is shocking for many reasons and one of those is not being able to always eat when you want to. Outside of jail, you have rights when inside you are to do as you are told.

Meals are quite small portions and typically the minimum amount of food that can be given to people to survive. This makes the inmates spend money in the commissary to get more food to fill them.

Jail is not a place where anyone wants to find themselves for several reasons. Food quality inside a jail is lacking in flavor. Many people argue that because people are in jail it doesn’t matter.

It was an inmate’s bad decisions that caused them to end up in jail. Jail food lacks nutritional value because there simply is no extra money to be thrown at them to make their lives easier in jail.

Why Does Water Taste So Good? (7 Reasons Why)