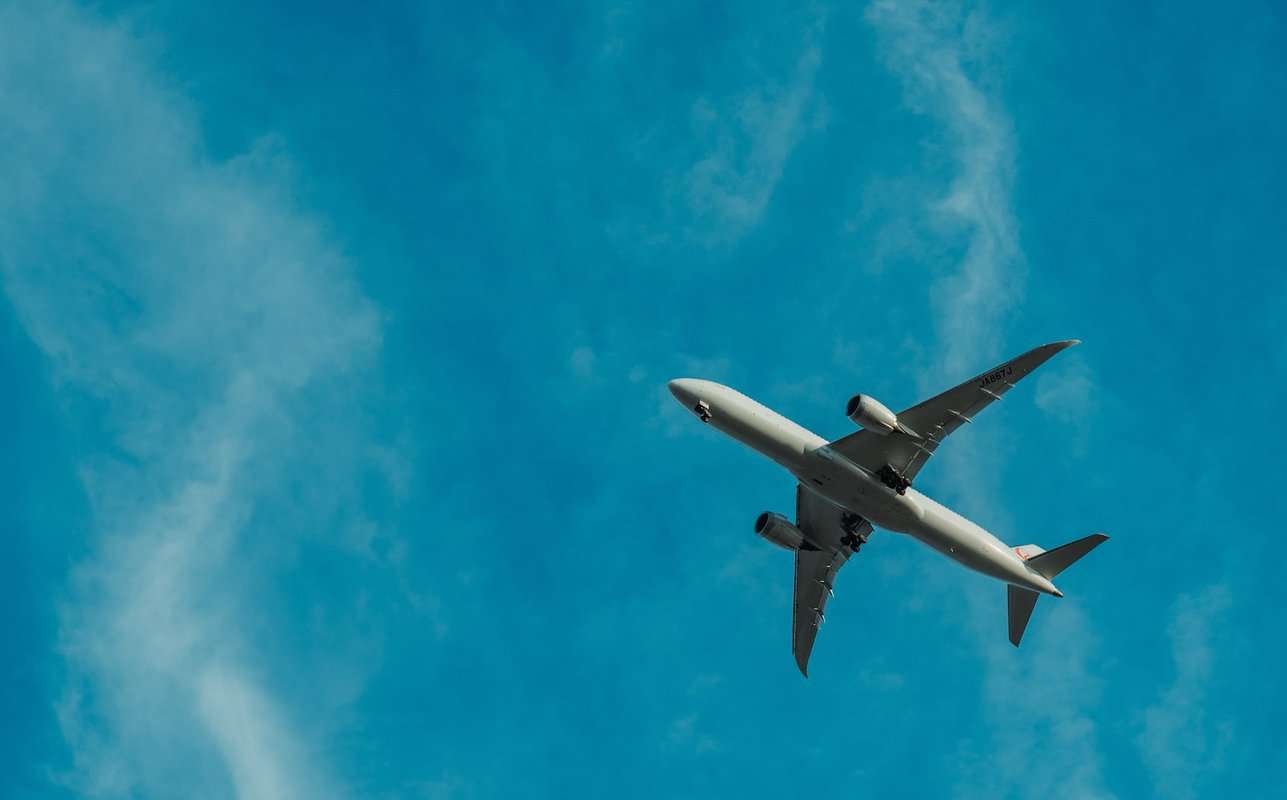 While planes have many safety features to ensure a smooth landing, having parachutes on board doesn’t seem like a bad idea, or does it?

Although it may not appear so, there are 7 valid reasons why don’t planes have parachutes. Read on!

Why Don’t Planes Have Parachutes?

1. Passengers Are Not Trained to Use Parachutes

A parachute is not just a large piece of cloth tied to a few strings that pop out automatically when it’s thrown in the air.

It is an intricate piece of equipment with a few small parts that must work perfectly for a timely and safe deployment of the parachute.

This is why, even if you perform a tandem skydive, you’re required to go through at least half an hour of pre-jump training.

Skydivers are not demigods, as many believe. They are human, except for having trained and mastered their craft. That’s why they can fly at supersonic speeds and land with poise.

On the other hand, people who have never used, or even seen, a parachute most likely wouldn’t be able to operate it to land safely. Even your pilot, who becomes a superhero during a flight, is incapable of operating one.

Here’s a friendly piece of advice, though.

Instead of recklessly jumping out of the plane, keep calm and hope that your pilot successfully executes a safe emergency landing.

And if you’ve never jumped out of a plane before, believing you can do it for the first time is like taking a shot in the dark.

Read More:  Why Is Vespel So Expensive? (7 Reasons Why)

2. Most Plane Mishaps Occur During Takeoff or Landing

The most common plane crashes happen when it’s taking off or landing.

For this reason, these are considered the most difficult and dangerous parts of any flight.

During these phases of a flight, the altitude of the plane is too low for parachutes to deploy safely.

Furthermore, the plane is moving too fast during take-off or landing, which makes matters even worse for a would-be parachutist.

The air at this height is very thin, which is why planes have pressurized cabins. This pressurization is critical because, without it, you wouldn’t be able to breathe inside a plane.

In fact, that’s what oxygen masks are for. These supply access to breathable oxygen if the pressurization of the plane is compromised.

Then there’s the problem with the ambient temperature. At that altitude, the air temperature would be -54 to -57 degrees.

Thus, a parachutist jumping out of a commercial plane would not only need portable oxygen; a special suit to protect against the freezing cold is required as well.

4. Commercial Planes Are Not Designed for Skydive 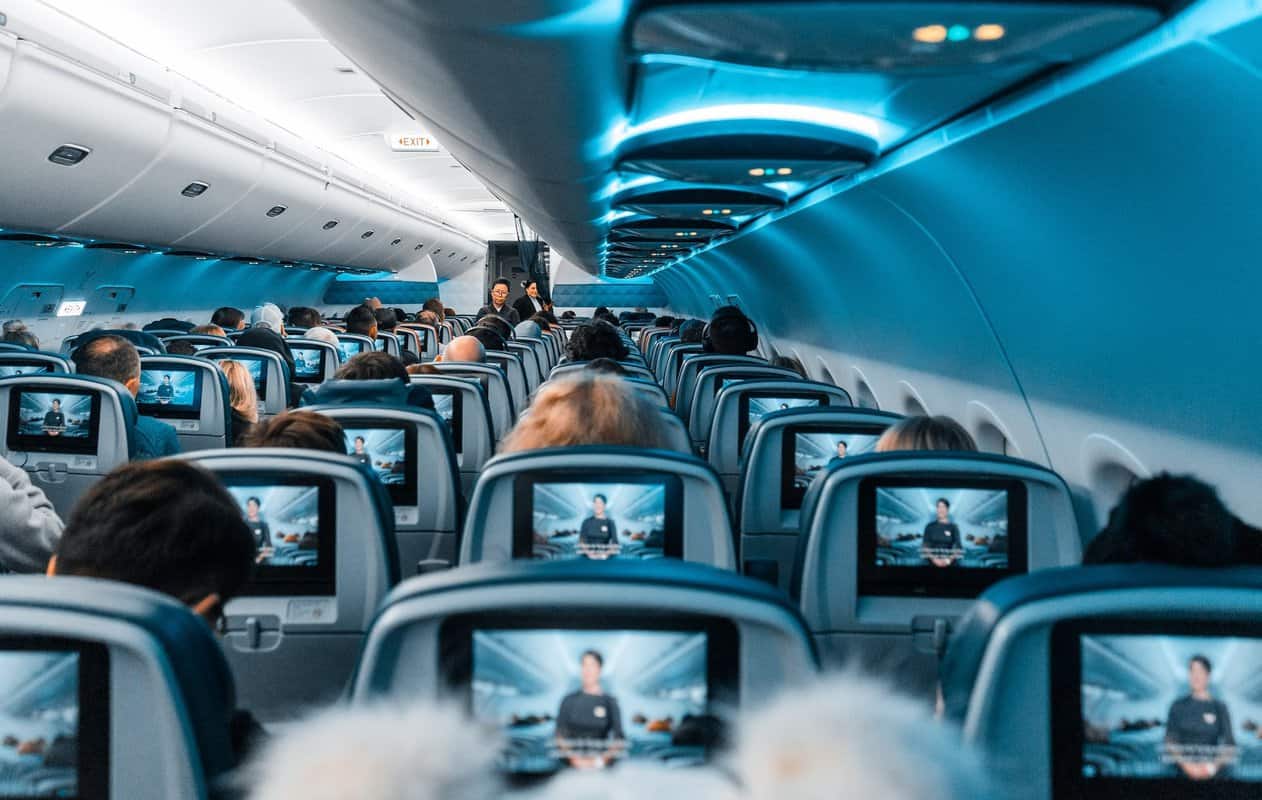 You may have seen in the movies that skydivers usually ride a special aircraft that is designed to facilitate skydives.

They either have a big door on the side or a ramp that opens up at the rear. These structural adjustments make it safe for parachutists to jump off the plane.

On the other hand, passenger planes are not designed for people to jump out at 35,000 feet.

The fact is, since these types of aircraft are pressurized, doors wouldn’t be able to open mid-flight in the first place!

5. Parachutes Are Heavy and Expensive

Typical parachutes wouldn’t fit beneath your plane seat as they are bulky. They would take up a lot of real estate on the plane and add to its overall weight.

To tackle that, parachutes would have to be made smaller. Plus, a system should be in place to ensure parachutes are only opened when they’re ready to deploy.

All of these factors add to the overall cost of a single flight, which the passengers will shoulder.

As a result, ticket prices would skyrocket, which would mean a disaster for airline businesses.

6. Planes Are Flying at Breakneck Speeds

Speed also plays a significant role in why people can’t just simply jump out of a plane.

These planes fly at high altitudes as well as at high speeds.

Read More:  Why Would A Plane Nosedive? (9 Reasons Why)

Jumping out of an airplane at that speed could cause serious injuries, if not fatal.

A well-thought-out strategy, apart from training, is critical to successful skydiving. You have to consider that these are done under perfectly normal circumstances.

Diving groups often jump one after another with a few seconds to spare after reaching a certain altitude (approx. 500 ft).

However, a crash on a typical plane is very different.

As confusion and panic set in, everyone rushes for the next exit.

Then, panic-stricken passengers who don’t know the first thing about parachutes will attempt to jump out of the plane before it catches fire.

With hundreds of people desperately hoping to land safely, using a parachute will give them little to no chance of survival.

Putting parachutes on planes is neither practical nor economical. Even if airlines decide to throw in one, too, the chances of survival in an actual emergency are almost non-existent.

So, the next time you’re flying and wondering why don’t planes have parachutes, remember that you’re almost certainly safer without one!