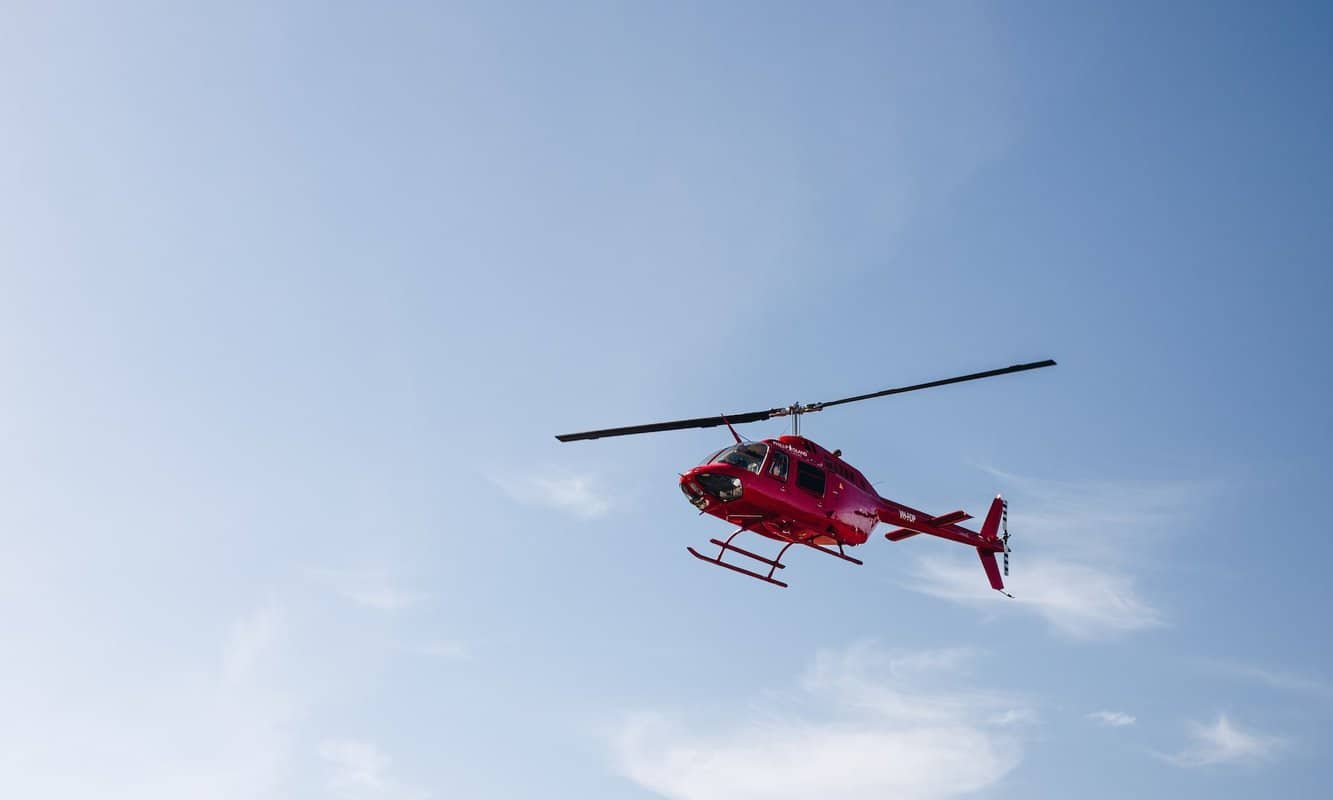 If you’ve been seeing helicopters passing over your house, there’s no reason to panic. Your location could be just along a common flight path.

So, it’s normal to wonder: why are helicopters flying over my house? Here is what I discovered!

Why Are Helicopters Flying Over My House?

Some helicopters are explicitly made for scouting an area or activity to gather information. An example of a reconnaissance helicopter is the agile AH-6 model.

These choppers are usually deployed to explore an area as part of security operations. So, you’ll notice recon helicopters if there are huge gatherings, like concerts and rallies, or reported suspicious activity in your district.

Transport helicopters are used to move cargo in aid of military and police operations. Sometimes called utility helicopters, these are multi-purpose vessels capable of ground and air assault, evacuation, and other logistic tasks, among others.

Some of the most popular utility helicopters include:

You’ll likely see them after a calamity since these are helicopters of choice when it comes to humanitarian missions. They’re also ideal for rescue and relief operations.

One of the helicopter’s most essential tasks is transporting military troops and serving as an airborne command post. The troop commander ideally needs a strategic view of the situation to make sound instructions, thus the need for an aircraft.

Read More:  Why Don't Planes Have Parachutes? (7 Reasons Why)

The biggest transport helicopter model to date is the Mil Mi-26.

The Mil Mi-26, also known as the Halo, is a heavy transport helicopter from Russia. It’s operated by a crew of five, including two pilots, one navigator, one flight engineer, and a flight technician.

In addition to the crew members, it can carry 90 soldiers or other military cargo totaling 44,000 pounds.

An operational incident could also be why you see a helicopter flying over your house. There’s either an accident involving injuries, property damage, or other potentially hazardous matter.

The police could make use of helicopters to conduct rescue operations in such occurrences. Other times, it’s for information gathering or search and pursuit operations.

This doesn’t necessarily mean that the incident is nearby. For example, your house could just be along its route. 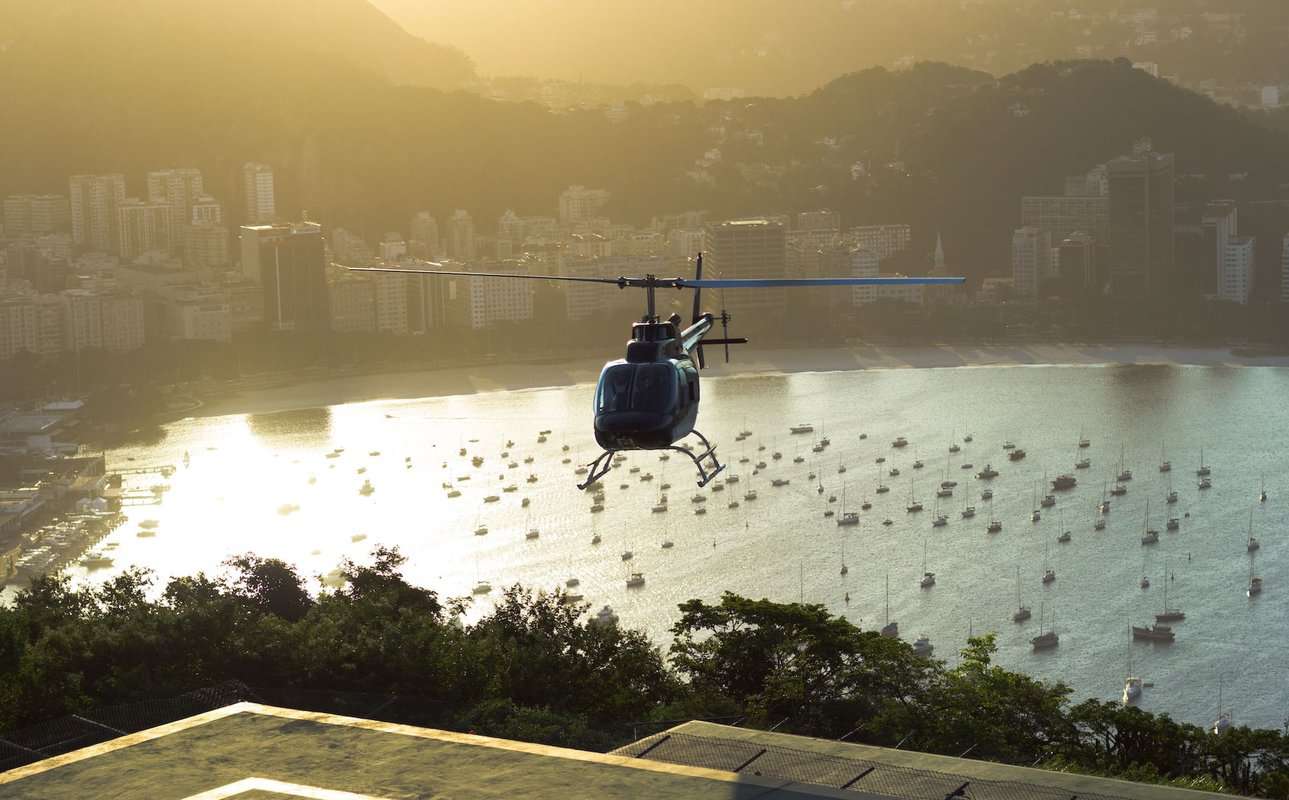 Besides active operations and law enforcement, a helicopter flying over your house could simply be a routine exercise.

Uniformed men don’t always need compelling reasons to go on a helicopter ride. When you see a chopper, it could be an aspiring pilot on his practice flight.

Occasionally, it’s a helicopter on a test flight on its regular maintenance schedule. This routine ensures the aircraft is in its top condition whenever duty calls.

Although this might be an expensive option, emergencies could call for a chopper ride. For example, a patient may need surgery as soon as possible, and traveling by land may take too long.

Another situation that may warrant air medical transport is a rescue operation in remote places, such as mountaintops or islands. Other times, it’s the medicines or even donated organs that may need to be transported via helicopter.

Emergency rescue operations may call for military or police helicopters alongside the medical team.

The Bell 429 is known to be the most groundbreaking helicopter ambulance today. With its cutting-edge facilities, it’s said to provide ICU-level medical care for any injury and illness. In mid-air. How impressive is that?

Big media companies use helicopters to get a better scoop on newsworthy events.

It’s important, or sometimes just better, to give their viewers a bird’s-eye view of the situation. It could be the traffic flow for the morning news or the calamity aftermath.

The chopper passing by your house might also be an aspiring pilot for commercial or civilian helicopters. However, it’s most likely one from an aviation academy or similar institutes.

Depending on the school and the country’s aviation regulating authority, flight training could be as often as every six months. Therefore, you’ll probably see more of these flight practices if there are aviation schools within your region.

Some shows or important meetings could be scheduled too close, yet the venues are too far apart. Thus, celebrities and politicians may opt for a chopper ride to get to where they need to be at the soonest possible time.

Read More:  Why Would A Plane Nosedive? (9 Reasons Why)

It could be for their security. After all, the risk is greater when traveling on land than on air.

When Should I Be Worried?

If it’s flying too low, you could complain to the proper authorities since there might be regulations prohibiting low-flying aircraft, depending on your location.

Ever since Leonardo da Vinci conceptualized his aerial screw and up to this age, aviation has come a long way. Helicopters, in particular, have been used for all sorts of reasons, from entertainment to military exercises.

It’s the go-to aircraft for organizations and agencies, thanks to its durability and agility. We hope this satisfies your curiosity the next time you have to ask: why are helicopters flying over my house?

All in all, you can expect more helicopter sightings if you’re close to a military installation or just regularly have a lot happening in your city.