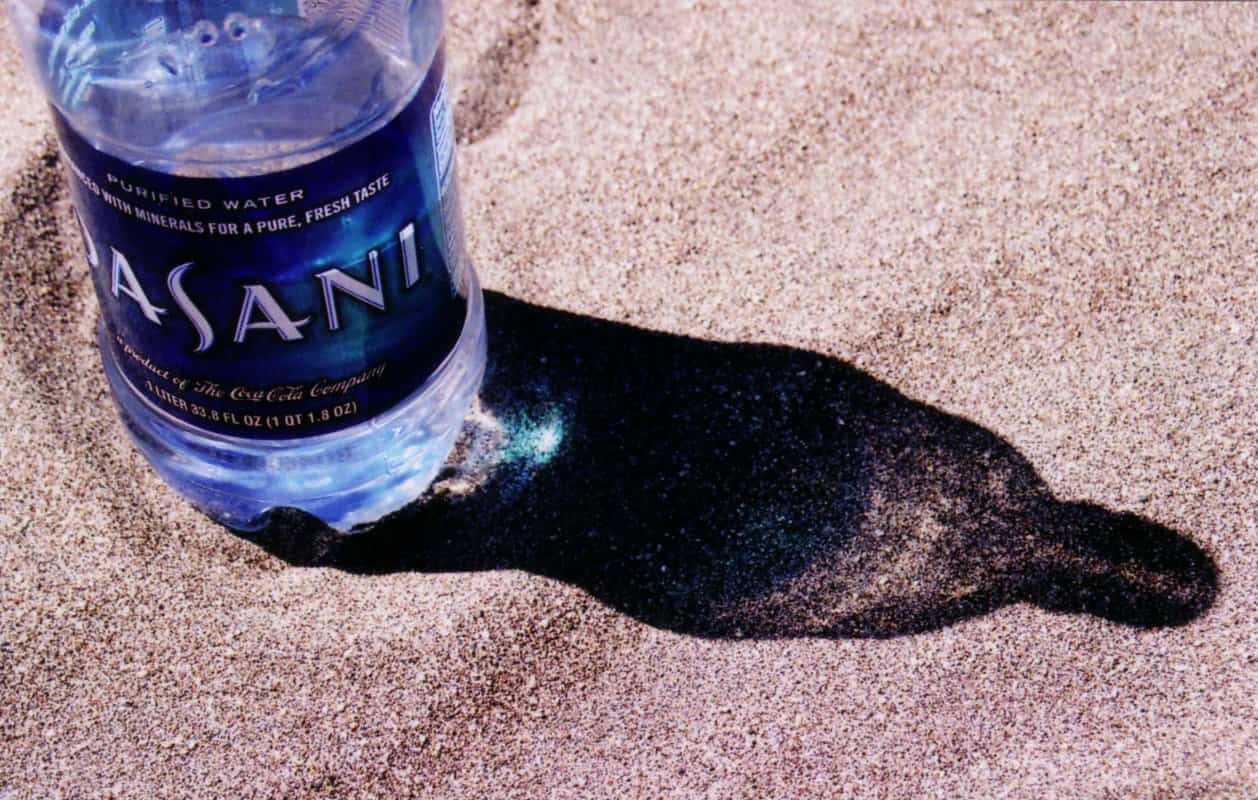 Dasani has had its fair share of controversies over the past few years. However, the most recent allegation about Dasani water is that it’s no longer up to par. So, why does Dasani taste bad?

There are many reasons why bottled water might taste bad, from contamination to plastic leachates. In the case of Dasani, it might simply be their purification process. Keep reading to find out these reasons in-depth!

Why Does Dasani Taste Bad?

Dasani tastes the way it does because the water undergoes a lot of processing. Unlike other bottled waters, which naturally come from springs, wells, or even purified tap water, Dasani water is heavily filtered.

In other words, Dasani purifies plain tap water through a process called reverse osmosis. After that, the water is completely free from all minerals, even those naturally present in water. Then, Dasani adds similar minerals to enhance the taste.

Naturally, the mineral ratio can never be the same as natural spring water. As such, this leaves Dasani tasting weirder than the water you’re used to.

As mentioned before, Dasani reintroduces minerals and salts into its purified water. However, it doesn’t disclose the exact minerals or their amount.

That doesn’t mean the water is unsafe to drink. In fact, the Food and Drug Administration qualifies Dasani water as having “very low sodium content” and states that the other minerals are negligible or “dietarily insignificant”.

Still, that doesn’t mean you should expect your Dasani water to be infused with Himalayan salt and electrolytes. Since the amount of minerals is so minuscule, the quality might be bad, thus, affecting the taste of the water.

Read More:  Why Is My Hot Water Cloudy? (5 Reasons Why)

Any water, whether it’s tap, spring, or purified, needs to contain preservatives. Typically, chlorine is used.

This shouldn’t be cause for concern though. The added chlorine is in such small quantities that it’s almost undetectable. It only acts as a mild disinfectant but serves no taste-enhancing properties.

Simply put, if your water tastes like bleach, it might be because you have sensitive taste buds that can notice a small amount of chlorine.

Even though Dasani bottles are recyclable and BPA-free, they can still interact with the water like other plastics.

That’s because most plastics leach small amounts of chemicals into the water. This amount can increase substantially in certain conditions, including hot climates and incorrect storage.

Additionally, every bottle has a specific shelf-life. Dasani recommends you drink the bottle within 12 months so you’d get the freshest, crisp-tasting water.

In case you drink water from an expired bottle, you might be subjecting yourself to harmful amounts of chemicals. Usually, the water will taste rubbery or plastic-like as an indication of a leach. 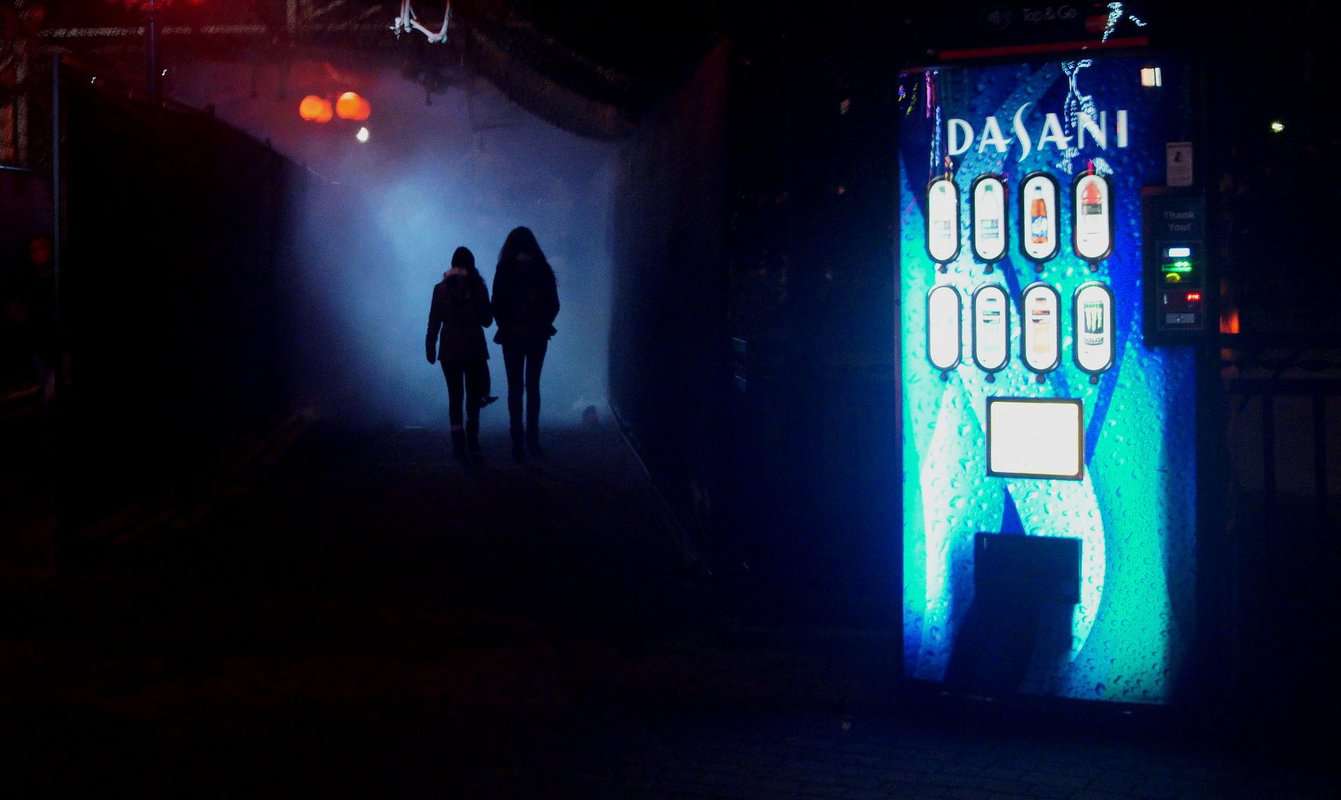 Have you ever left your water bottle in a hot car only to find it tasting worse? Well, the reason for that is quite simple.

Leaving your plastic water bottle in the sun can help chemicals leach into the water faster—in particular antimony.

Naturally, this high amount of antimony isn’t only harmful, but it also affects the taste of the water. Antimony-containing water will typically have an unpleasant sweet-metallic flavor.

It goes without saying that if you drink from a two-day-old opened water bottle, it’ll taste stale.

Read More:  Why Is WhistlePig So Expensive? (7 Reasons Why)

That stale taste is due to the introduction of carbon dioxide from the atmosphere into the water. The carbon dioxide interacts with the water to form carbonic acid. This essentially means you’re drinking stale acid rain!

Additionally, once you open a bottle of water, it becomes compromised. Simply put, all the microbes in your hands, lips, and saliva, are introduced to the water.

As time passes, the microbes start growing in the water, making for a moldy taste. Sure, this won’t just happen within a couple of hours, but in humid, warm, weather, the mold can grow overnight.

Your Dasani bottle might get contaminated in multiple ways, even if it’s still sealed. This contamination might occur during shipping and handling, storage, or after you open the water bottle.

There are many contaminants that might be unseen in your water. In case the water tastes musty, that might indicate the presence of mold.

That said, if the water tastes egg-like, this means it has an overgrowth of bacteria. Either way, you should toss out the water bottle.

We all know that some tastes don’t go well together. For instance, you can’t drink orange juice if you’ve just brushed your teeth. The same can go for water!

Even though water is considered a palate cleanser, some food groups can affect the way it tastes. Especially Dasani, since it contains a different mineral ratio than tap water.

When your mouth contains any acidity in it, Dasani will taste more like mouthwash than water. The reason is that Dasani is somewhat alkaline, so the two flavors will clash.

9. The Power of Suggestion

In 2017, popular YouTuber Shane Dawson made a video explaining the conspiracy theory behind the taste of Dasani. In the video, Dawson reviewed the strange-tasting water and claimed it fizzes upon opening.

Naturally, viewers were bewildered as water isn’t supposed to fizz that way. After that, many people followed Shane in taste-testing and reviewing Dasani.

This is the origin behind why a lot of people think Dasani tastes bad. So, this might just be a case of the power of suggestion.

To explain, the power of suggestion is when a person believes something, whether it’s truthful or not, because someone else conveyed that information to them.

This means that Dasani might not taste bad, but enough people think so, that they changed the perception of others around them!

Why does Dasani taste bad?

Dasani’s water purification process is definitely unique. They simply use tap water, purify it from all minerals, even natural ones, then re-introduce their own minerals. This definitely makes for a unique taste.

However, it might not be Dasani’s fault. Sometimes, the water bottle becomes compromised, inadequately stored, or left in the heat. All this can change the crisp taste of the water.