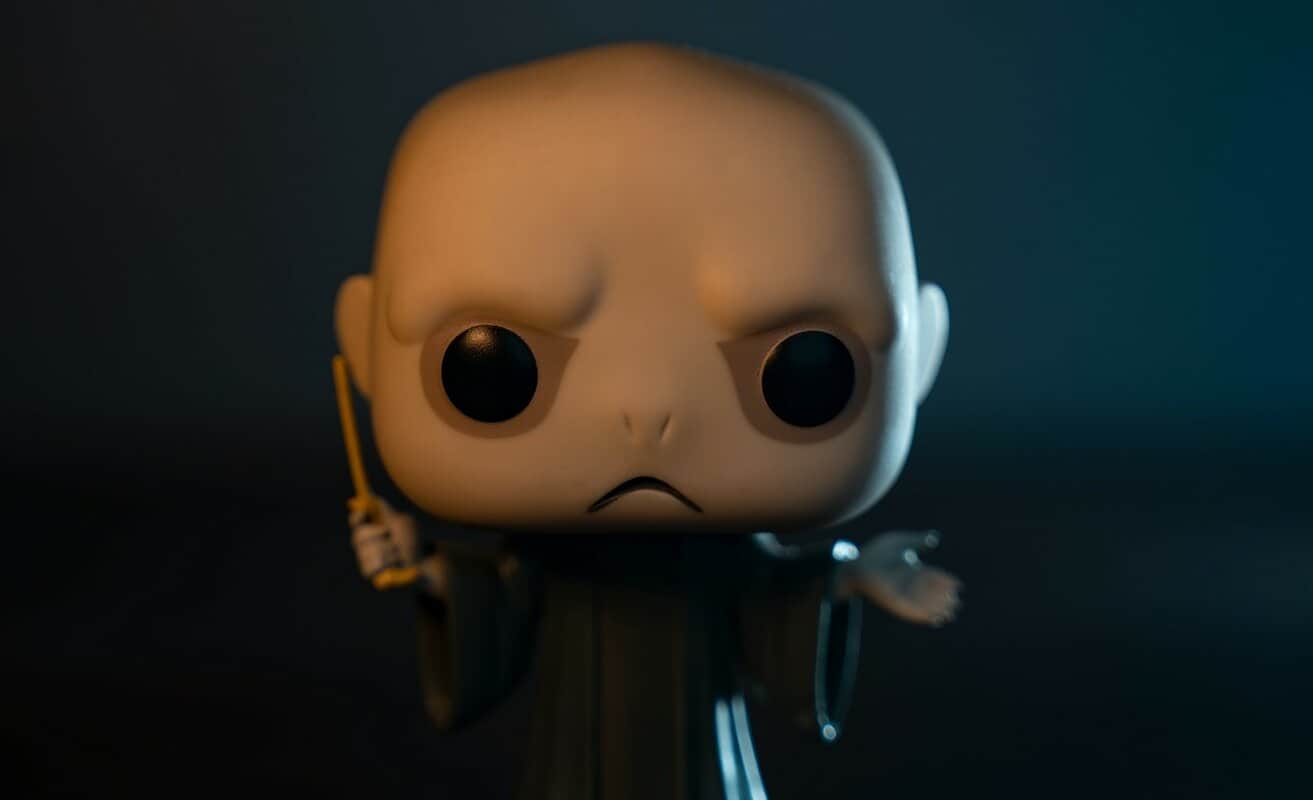 In both books and films, Harry Potter is one of the most iconic series released in the past twenty or thirty years- arguably, it’s the most famous series since Star Wars was first released in 1977.

Along with owls, robes, and wands, one of the most iconic symbols of Harry Potter is the main antagonist, Lord Voldemort. Voldemort’s iconic, haunting, snakelike appearance left quite an appearance on many readers and moviegoers- but what happened to his nose?

Why Doesn’t Voldemort Have A Nose?

One of the most important aspects of Lord Voldemort’s character and history is his devotion to and study of the world’s dark magic.

This obsession with dark magic is shown through multiple flashbacks, along with Voldemort’s liberal application of the notorious killing curse.

Throughout the series, Voldemort and his followers- known as the Death Eaters- are shown using various dark magic spells and items to commit increasingly horrible acts.

The text supports the idea that Voldemort’s appearance is a direct result of his delving into what the series dubs ‘the dark arts.’

Many users of the dark arts in the Harry Potter series are physically unsettling in some way, but this is likely a rhetorical device.

As Voldemort is the only one explicitly corrupted by dark magic, it should show exactly how far the Dark Lord has delved into dark magic. His obsession with the dark arts seems to run deep.

2. To Emphasize His Inhumanity

Until the moment of his death, Author JK Rowling portrays Lord Voldemort as a violent, angry, and borderline inhuman character.

The books also show Voldemort as a powerful wizard capable of great destruction through his crafty mechanisms or sheer skill.

Voldemort’s flattened nose is another of his mutations that make him look like an inhuman beast, along with white skin and red, slitted eyes.

From a mechanical and out-of-universe standpoint, JK Rowling uses Voldemort’s odd appearance to communicate how distant he has grown from his humanity and past.

It can be considered shallow symbolism, but Voldemort’s inhuman appearance- which his nose is indicative of- is used directly to mirror his cruel and cold personality.

3. To Emphasize His Connection To Snakes 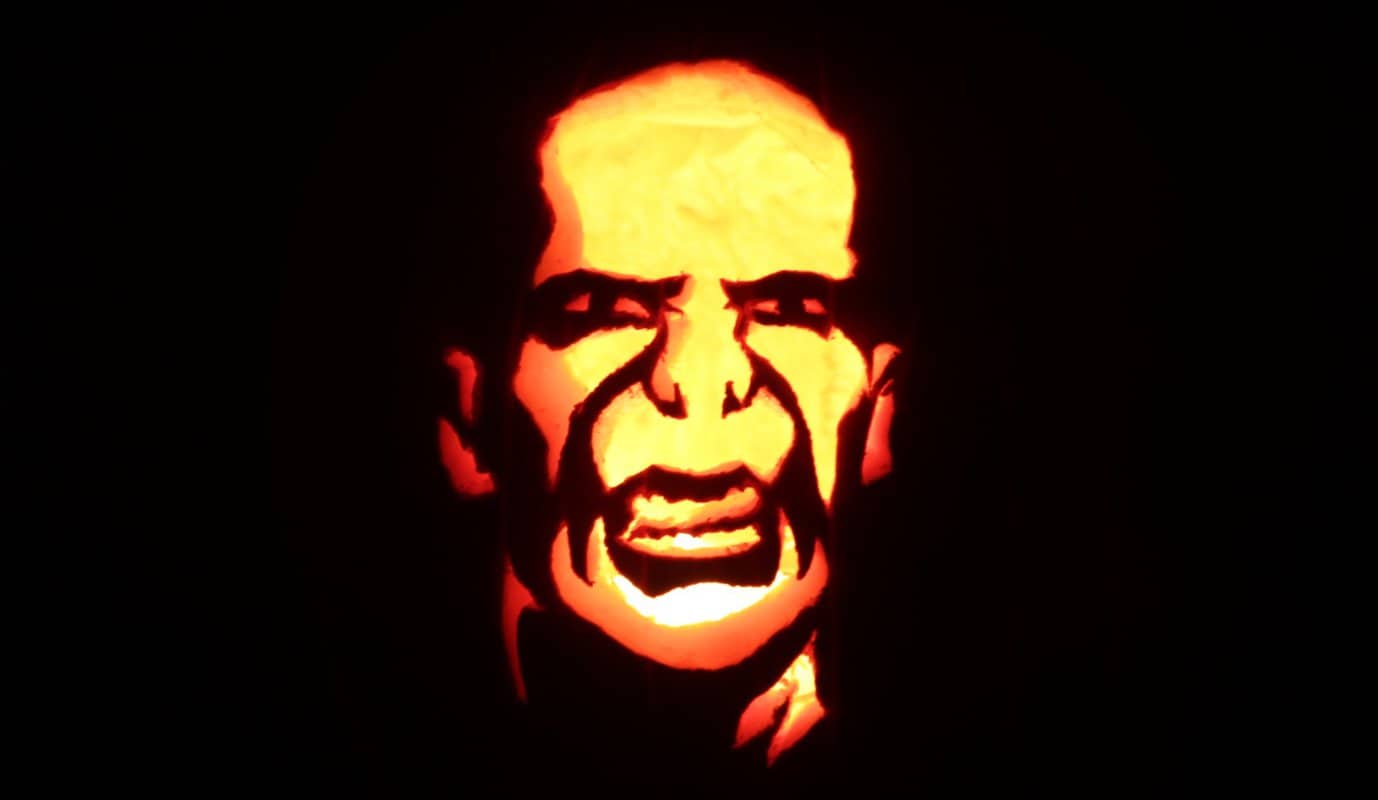 Lord Voldemort is known to have a connection to snakes. He is known to speak parseltongue, the language of snakes, and keeps a massive snake named Nagini as a pet.

His official emblem, the Dark Mark, also has a snake emerging from the open mouth of a skull. There is a lot of snake imagery with Lord Voldemort, which continues with his appearance.

Voldemort, officially, still has a nose. The books and films both depict Voldemort as having thin, slit-like nostrils. The books specifically note these nostrils to be similar to a snake’s.

While Voldemort may not have the full nose structure of most humans, the facilities are still there. He simply looks more snakelike now.

This snake connection is important, as it connects to how evil Voldemort is. In many cultures and religions, especially in the western world, snakes symbolize deception and evil- a symbology that Voldemort heavily leans on as a character.

If you felt a little bit disgusted when reading that, you’re not alone- it’s not a fun thought, and you might not be quite sure what ‘snake milk’ is.

Voldemort didn’t drink snake milk, whatever that is. Peter Pettigrew had milked Nagini for her venom and used it, along with other ingredients, to make a potion in his rudimentary physical form.

While a lot less disgusting than drinking actual milk from a snake, drinking snake venom is still not a pleasant thought, and it is theorized that this venom consumption turned Lord Voldemort more snakelike.

While Lord Voldemort’s love of dark and forbidden magic is nothing new, one specific type of magic stands above the rest as the cause of his unsettling appearance; Horcruxes.

In his search for immortality, Voldemort splintered his soul into pieces. He would put these pieces inside separate objects known as ‘Horcruxes,’ and as he continued to do so, his soul and his physical appearance deformed even further.

While the books never explicitly state that Horcruxes lost Voldemort’s nose, it’s not that much o a stretch.

From both an in-story and a mechanical, authorial standpoint, there are several reasons that Voldemort’s nose appears to be missing- even though it is technically still there! A reader can use its odd appearance to identify several other key character traits, such as Voldemort’s connection with snakes.

Either way, it’s very easy to say that Voldemort is scary-looking, no matter why his nose looks like that. Whether for thematic purposes or simply because he ran face-first into the barrier of Platform 93/4, his nose is an iconic part of his appearance!