Why Do I Attract Older Men? (11 Reasons Why) 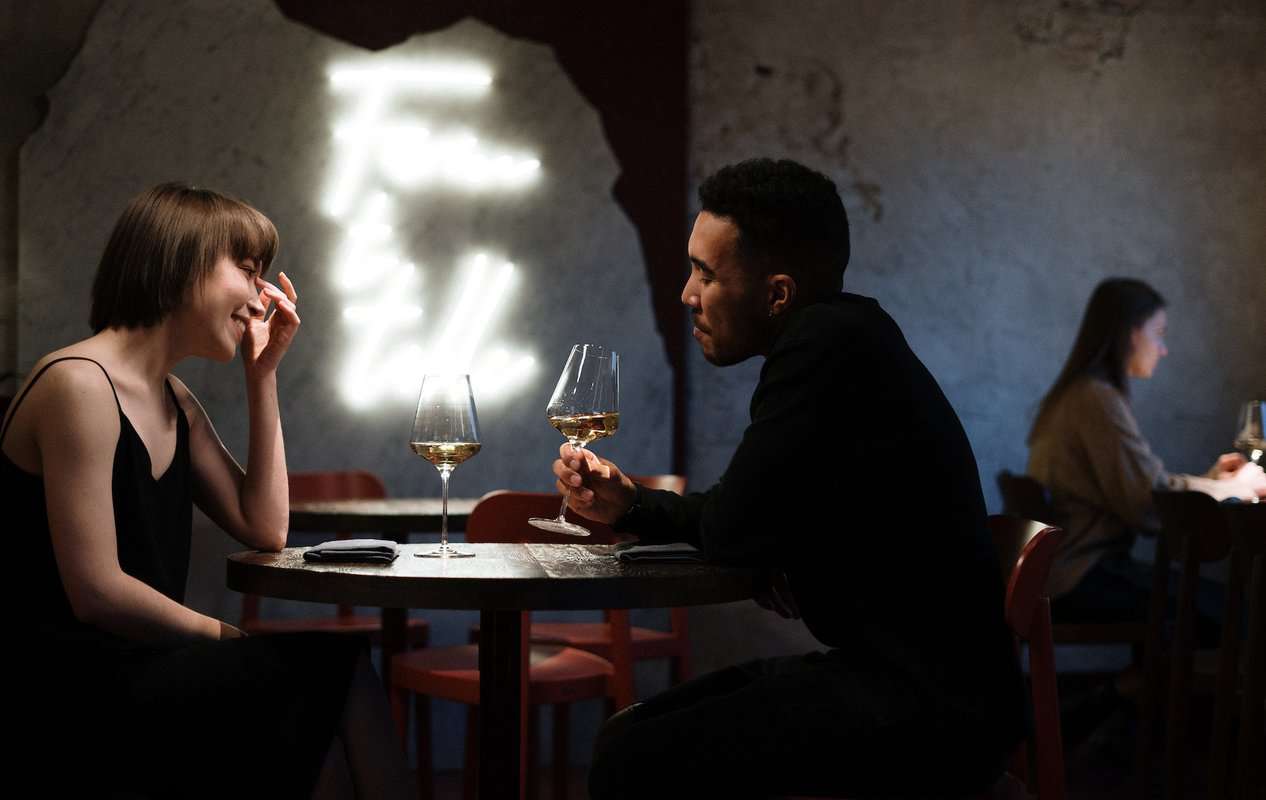 Well, believe it or not, there is a reason or a multitude of reasons behind this that I’ve researched and discovered. Let’s continue reading to go through eleven reasons you attract older men.

Why Do I Attract Older Men?

You and the older men have a preference. Older men, not all but some, prefer younger women and do not find older women attracted to them.

A wanting preference to have a relationship, committed or not, with a younger or older male is no one’s business as they are two consenting adults. However, it is still a strange phenomenon, nonetheless.

But, it is important to note that a younger woman prefers an older man not only because of what’s in their bank accounts but also because older men could have better personalities than younger ones.

The same goes vice versa for the older men you keep attracting. Your looks may not be the only thing that matters to them, but you could have an approachable and fun, matching personality with them.

Being young, you look forward to getting older. Getting older comes with increased maturity and experience in life. Older men enhance your level of maturity by just simply being around them.

The younger men that women or men have been in relationships with or have noticed through observance are not as mature as they would like. They seem irresponsible.

There seems to be a narrative that because an older man has various responsibilities, lives on his own, and can engage in deep, meaningful conversations, he is the fittest for a relationship.

On the other hand, older men want to feel like their younger selves again, and that’s why they are attracted to you, a younger person.

You distract them from the fact that they are entering the mid-life crisis stage and their hairs are greying all over, and soon will come the back issues and eventual dentures.

The two of you provide a balance for one another without compromising much in the end. It’s a convenience and a bonus when you hit it off.

A younger person who falls for an older man is a sure way to give them the ego boost they want. Complimenting, showering love and attention, and not challenging him.

An older woman is, like the men, more experienced and has a lot of wisdom regarding how to handle herself and put a man in his place, and some older men do not like that.

Younger women, like yourself, who are not as experienced in relationships and are still trying to figure themselves out will not challenge them as much and will often uplift them more—an ego boost.

The same can go for an older man in a relationship with you, someone younger. They want an excellent first impression, giving you an ego boost.

It’s all about giving and taking. This often happens during the honeymoon stages of a relationship before you both fall into a routine and get used to one another.

Younger women are more fertile than older women. Despite being in their 50s, 60s, or 70s, older men want more kids, and older women are often more than unable to give them what they desire.

Insulting as this may sound, there has been a record repeatedly where an older man in the public eye has gotten into a relationship with a younger woman, and then boom, more kids!

And there are younger women, maybe or maybe not like yourself, who have no problem giving these older men what they want because they want a family or to reap its benefits, aka child support.

The ability to be a younger woman and older man and have the benefit of initially procreating all fun and games. Yes, a child is a blessing, but it still causes stress, and the older man is still getting older.

As they age, women are subjected to health issues if they become pregnant, but this doesn’t exclude potential health issues from the baby based on who the mother is.

Older men can not only unintentionally subject the babies to various health issues, but they still have looming health issues for themselves, as well as the years progress.

5. Distract Them From Thinking About Death

Older men are afraid of death, and being with a younger woman distracts them from that reality. Being with an older woman reminds them that death is imminent, and they would rather not face that truth.

Younger women, like yourself, have many years of living and experiencing life ahead of you, and being with you makes the older men feel like they are lightyears away from leaving this earth.

While the concept of this seems ridiculous, fearing death is natural, and we will do everything in our power to keep ourselves from believing that we could potentially be the next to leave this world.

An older man fearing death and seeing another version of himself from the perspective of an older woman would prevent him from having the quality of life he wants. So, you’re the perfect distraction.

There is a clear power dynamic between an older man and a younger woman. A younger woman, often more than not, is likely to become more submissive to the older man in contrast to older women.

Older men will typically take advantage of this due to their age and ability to manipulate them because they are more experienced. Some younger women can often be naïve to it all.

You can easily be manipulated and objectified by them without realizing it. When you know it’s happening, you are often too deep into the relationship to properly put it to a halt.

Their love bombed you so much at the beginning of the relationship that you cannot convince yourself that this isn’t right and move on.

When you move on, like many other abuse victims, you tend to find yourself in a continuous cycle of being taken advantage of by other older men.

7. Aren’t Worried About Having Children

Being with a younger woman who does not want to settle down and has an extending family can be a plus side for older men. They can focus on having fun with each other and others around them.

Babies are stressful and older men, who have had children, know this fact firsthand, so being with a younger woman is like having a fresh start in life without someone like you having “baggage,” aka kids.

Older men are insecure and need validation from younger women because when it comes from them, it will feel more authentic and genuine than an older woman.

The same goes for younger women who need validation from any and everyone, but it holds more genuine when it comes from an older man.

Younger women are obsessed with continuing to look pretty and young because of media standards and, ironically, men objectifying them.

A younger woman hearing from an established, mature, and stable older man that they are young and beautiful will get the boost in confidence that she needs.

As we get older, both men and women, the sex drive tends to become lower, and are often have less and less sex as they get older. Being with a younger woman, in their minds, can enhance their sex drive.

Younger women, especially with social media and various acceptances, are body positive and open to speaking about sex and becoming more adventurous in the bedroom.

Younger women are open to trying new things in the bedroom and have the ability to due to their age, unlike some older women.

For fun and pleasing their man, younger women have no problem experimenting in the bedroom with an older man, which satisfies them and garners them more than a 20-something-year-old woman.

They need to feel younger and more alive, and what other way to accomplish this goal than to have sexual relationships with someone half their age, right?

This can easily tie into number six. A person with daddy issues is often described as someone whose father has abandoned or neglected them physically, emotionally, and mentally.

Young women with ‘daddy issues’ are often subjected to being in relationships relatively quickly, having attachment issues with their partners, and needing sex, among others.

‘Daddy issues’ are often why younger women prefer older men because they fill in for the father-like role they could never have with their biological fathers and often ‘baby’ her.

Older men who prefer younger women will either not notice this until it’s too late, or they will notice it early on due to apparent insecurities and clinginess and take advantage of her vulnerabilities.

While this is a mixture of creepy, sad, and sick, it happens more often than you think.

11. You Seek Out What You Want

You are purposefully seeking out older men, not because of any insecurities or daddy issues, but for financial reasons. Like how the older man knows what he is doing, so do you.

While the idea of a sugar daddy and sugar baby situation is nothing new and not illegal as long both sides are consenting; it is an interesting concept altogether.

Sugar daddies, which consists of an older man, and a sugar baby, a younger woman, is an agreement and transaction of money and gifts in exchange for a relationship between the two.

The relationship doesn’t necessarily have to include sex, but just living together or being an opening ear for the man.

As I said, this concept isn’t anything new or illegal, as there are various websites across the board of search engines specifically for sugar babies and sugar daddies to meet.

The concept of you, a younger woman, being a sugar baby could be linked to daddy issues or various insecurities, but there is a woman who has none of these, and their motives are purely financial.

There is not outright commitment and genuine love between the two parties but a simple transaction and no strings attached “relationship” with a simple end goal, no complications.

While the idea of an older man being in a relationship with a younger woman sounds odd and unorthodox for some people to handle, it has been the norm for many centuries, decades, and years.

Overall, why are older men attracted to you? In reality, it’s up for interpretation to you, the person, and the people around you, but take in any notice of behavior patterns from yourself and them.

It may just be nothing, but there could be some deep healing that you are ignoring and may need to take time to internally cope with whatever is going on in your personal life.

Why Do People Chew On Toothpicks? (5 Reasons Why)