Why Do Coaches Cover Their Mouths? (5 Reasons Why) 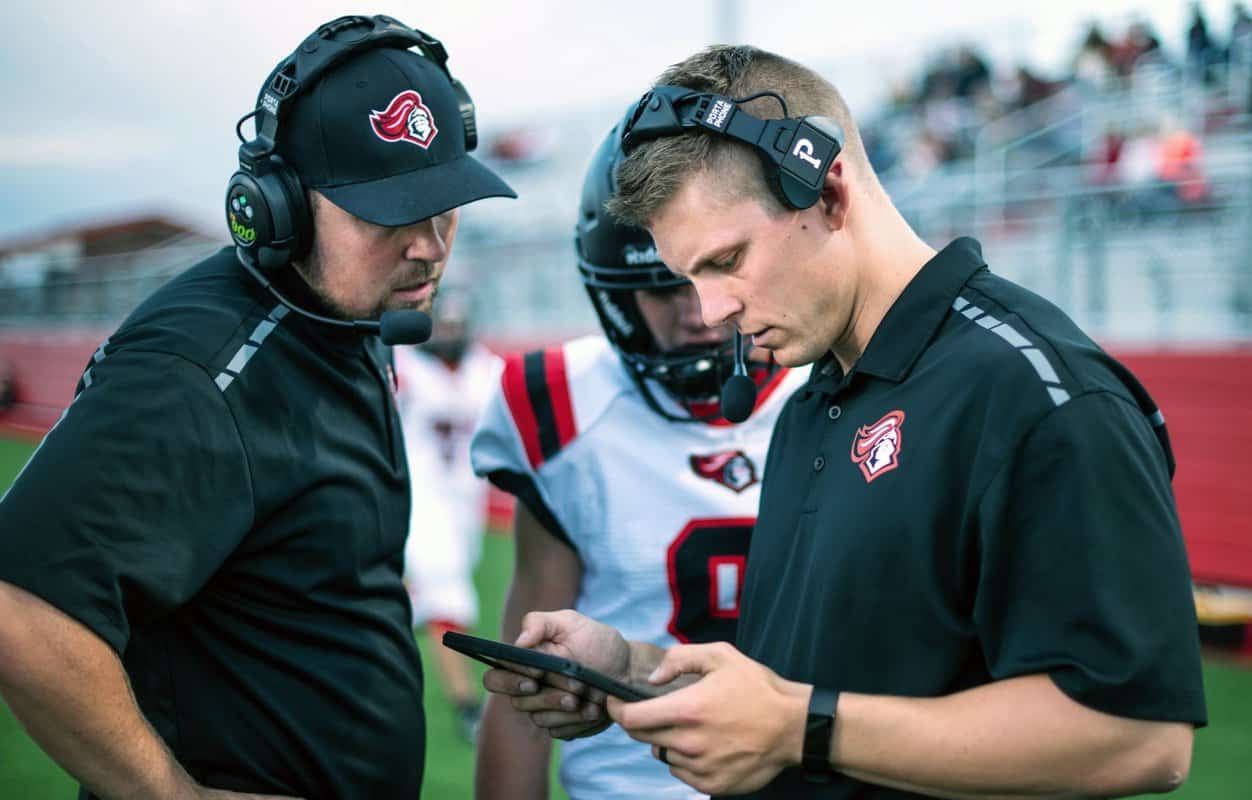 Whether you are a veteran sports fan or new to soaking up a competition, you may have wondered why the coach is pacing the sideline with their hand or a play sheet over their mouth.

While it may seem odd to the layperson, shielding the mouth is nothing new in the world of sports coaching. Keep reading to find out 5 of the main reasons why coaches cover their mouths during games!

Why Do Coaches Cover Their Mouths?

1. They Are Trying To Prevent Lip Reading

Most coaches will cover their mouths to prevent lip reading by the opposition. If the opposing team knows what play is called in advance, it gives them a huge advantage for defending or attacking.

To those who think that lip reading is difficult and that there is no way the opposing team can steal signs—think again.

While reading lips is a challenge, where there is a will, there is a way. Sports are big business in the United States. Whether it means getting a scholarship or a multi-million-dollar contract, the incentive to succeed is huge.

As a result, some teams will hire entire departments whose sole focus is on interpreting the other team’s play calls, with certain individuals tasked with lip reading.

From the infamous “Spygate” surrounding the New England Patriots dynasty to the sign stealing scandal of the World Series Champion Houston Astros, interpreting the other teams’ communication is big business in sports.

Therefore, covering their mouth is a simple measure coaches can take to make lip reading impossible.

2. Amplifying Their Voice Into The Microphone

Modern day coaches are plugged in with the very best technology. From smart devices to wireless headsets, coaches use technology to gain every advantage possible.

In a crowded arena or an open-air stadium filled with thousands of screaming fans, even the best technology can make communication difficult with the other coaches and players.

Therefore, coaches will often cover their mouths to deflect their voices back into the headset, amplifying their voice and making the message clearer to the receiving party.

3. It May Be Part Of Nonverbal Communication 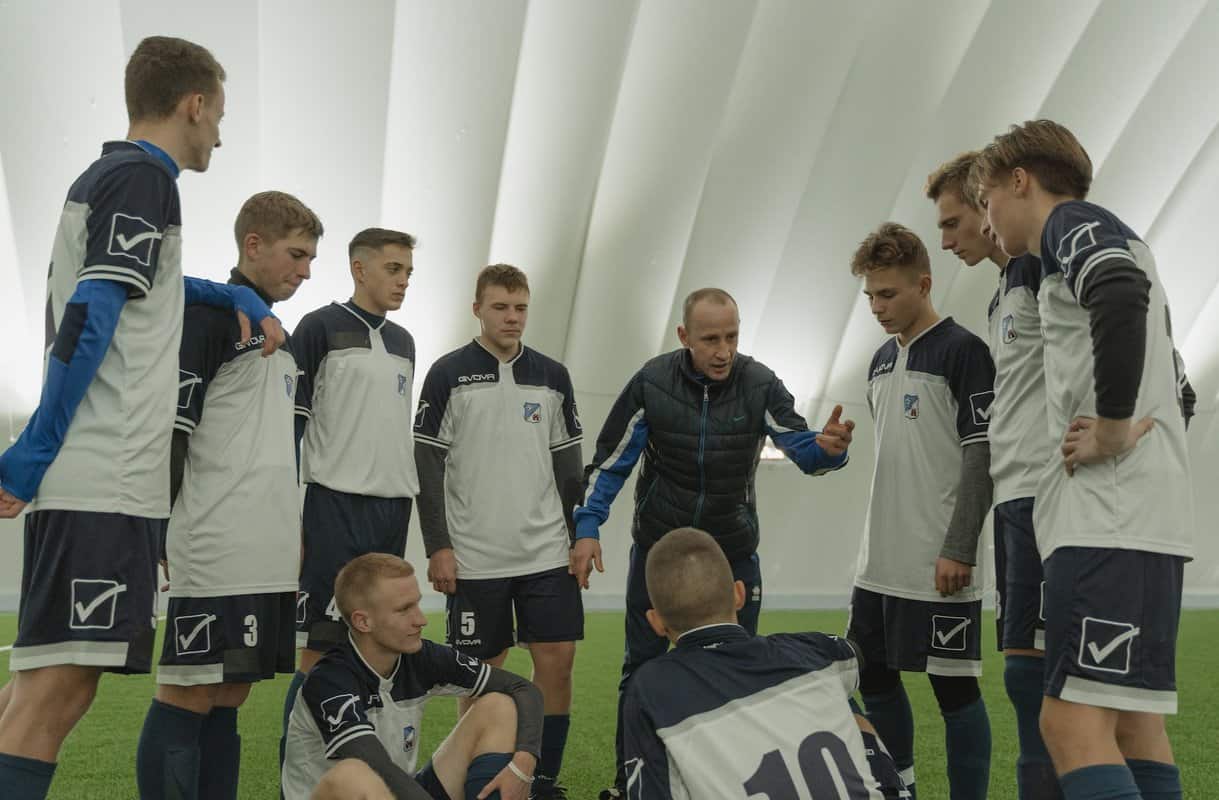 As mentioned, even the best technology can make verbal communication difficult when the crowd is rocking.

Because of this, nonverbal communication is extremely important between coaches and players.

Different kinds of hand signals, body movements, and gestures are meant to be interpreted in a specific way by players.

So while covering the mouth could mean that a coach is trying to prevent lip reading or amplify their voice, it could have a nonverbal message embedded as well.

For example, if the captain looks to the bench and sees the coach covering his or her mouth, they may need to be on the alert that the forthcoming play will have a higher degree of urgency than if the coach’s mouth was uncovered.

4. To Avoid Putting Any Tells On Video

Just as covering the mouth may be a nonverbal cue to the team, there is no doubt that the opposition will be on the lookout for nonverbal cues of their own.

Smiling when excited, biting the lip when nervous, or grimacing when dissatisfied are all some emotions easily revealed by the mouth.

Therefore, opponents will go back and review video of previous games to see if the coach is using any of these facial expressions when calling plays.

Similar to how a poker player may wear a mask and sunglasses to achieve an appearance of neutrality, so too may coaches cover their mouths with a hand or play sheet to prevent putting any calls on video for opponents to study.

5. It Has Simply Become A Habit For Them

Finally, coaches may simply have gotten in the habit of covering their mouths during games.

It is not exactly a new phenomenon, so younger coaches could have gotten in the habit of trying to emulate their mentors and never broken the habit with no real strategic reason behind it.

Another thing to consider along these lines is that coaches may have created the habit to shield the audience from bad language.

Read More:  Why Does New York Have Two Baseball Teams? (7 Reasons Why)

Sports can become extremely heated and competitive, with obscenities erupting with regularity over the course of the game.

To this effect, curses are some of the easiest phrases to decipher when lip reading.

Therefore, to prevent having them shouting an obscenity that is broadcast on national TV and replayed over and over, coaches may be covering their mouths to shield the audience from their frustrated tirade.

Although it appears to be an eccentricity to the fan, most coaches have a distinct reason for shielding their mouths during games.

While it is likely to prevent lip reading, there are at least 5 valid reasons why you will see coaches covering their mouths while pacing the sideline!

Why Do People Write Books? (11 Reasons Why)