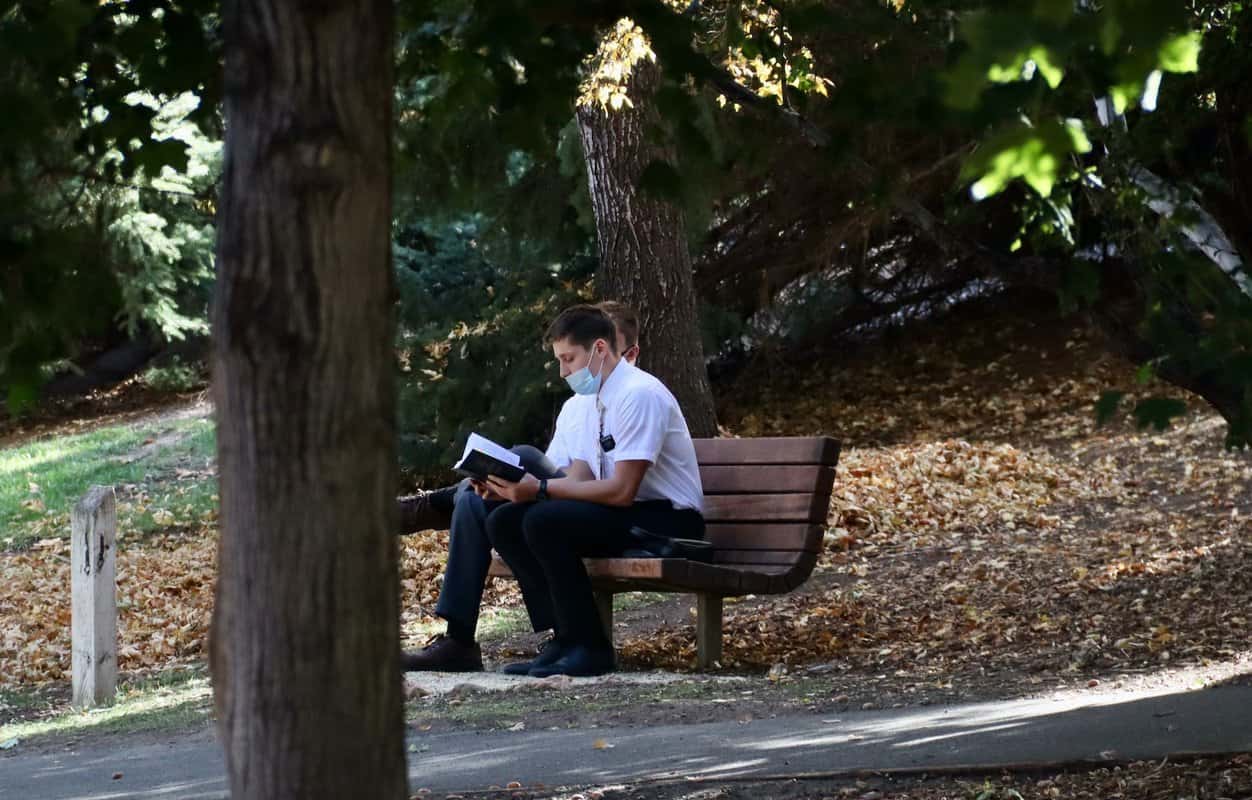 While the Mormon Church, officially the Church of Latter-Day Saints (LDS for short), wins more believers each year, it remains mysterious and misunderstood.

There are many reasons why many Americans see Mormons as weird. Some have to do with peculiar practices – but polygamy is not one of them! Others have to do with belief.

Why Are Mormons Weird?

Mormons are prohibited from drinking coffee or tea – caffeinated tea anyway. This comes from a Mormon book of scripture called Doctrine and Covenants.

Religions prohibiting certain foods is not unheard of. Judaism and Islam, for example, prohibit the consumption of pork. Hindus do not eat meat from cows because it is a sacred animal.

But unlike polygamy, the coffee ban is still followed by mainstream Mormons.

Like caffeine, alcohol and tobacco products are also forbidden in the Mormon faith. And it is certainly not alone in prohibiting alcohol. Islam is similar in this regard.

In many other religions, alcohol is used for ceremonial purposes and in important rituals. The prohibition of alcohol may not exactly be the weirdest Mormon rule.

When you think about it, the ban on alcohol makes sense. Consuming too much of it can impair and get in the way of living a spiritual life.

3. Mormons Are Not Allowed to Say “Mormon”

Mormon leadership frowns upon the term “Mormon” to describe its church and followers. They prefer that you call them by their full name: The Church of Jesus Christ of Latter-day Saints.

There are a couple of reasons why Mormons would rather not be referred to as “Mormon.” The most important reason is that they see themselves as Christians, first and foremost.

Using the term “Mormon” singles out the Church from other Christians.

There is no official ban on calling yourself a “Mormon” in the community. The leadership urges followers and outsiders to use the full name.

4. Mormons Must Give 10% of Their Money to the Church

Members of the LDS are required to give 10% of their annual income to the church. There are many religious organizations, such as synagogues, that require members to pay dues.

Church goers from many Christian denominations give to their own churches on a regular basis.

Giving 10% of your annual income to a church may seem like a practical matter. After all, churches, mosques, temples, and synagogues have expenses too.

Attending services is not the only way to be a part of the community. Giving away a portion of income to the church, tithing, is also a necessary part of being a community member.

Going on a mission to win converts to the faith is a central part of the LDS. Each year, thousands of Mormon missionaries travel across the world to teach the tenets and scriptures of LDS.

While both men and women can be missionaries, it is men who are more strongly encouraged to carry out this service. Typically, Mormon men devote two years to working as a missionary.

Missionary service is not required, but there is a tremendous amount of pressure to serve the church by going on a mission.

The missionary service is a stepping stone to becoming a full-fledged member of the covenantal community.

6. Mormons Believe in a Modern Prophets

The Abrahamic faiths (Judaism, Christianity, and Islam) have their panoply of prophets. These prophets are often founders of these very faiths.

What these prophets have in common is that they lived – or are believed to have lived— hundreds to thousands of years ago.

Mormons boast 16 prophets. All American-born. All men who lived during the 19th, 20th, and 21st centuries. The president of the Mormon church is considered a prophet.

7. Mormonism Is A New Religion 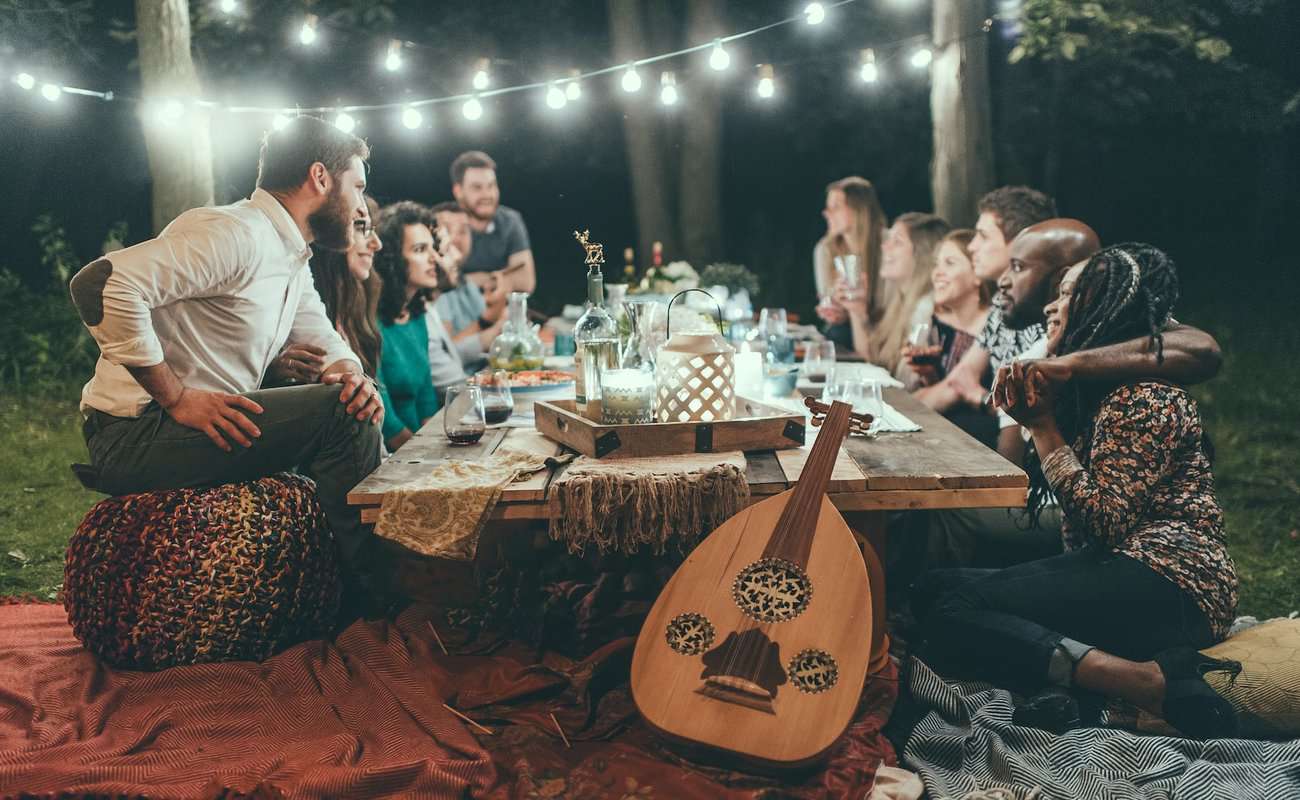 The Mormon Church dates to the 1830s, when the founder and prophet, Joseph Smith Jr, is said to have received a vision from God.

This makes Mormonism a young religion compared to the world’s largest religions – like Buddhism, for example.

Since it was only recently founded, the Mormon Church is seen as less established than the Catholic Church or Islam.

At first, Muslims and Christians were treated like odd fringe groups. Now they are among the largest religious groups in the world.

8. Mormons Believe in Baptism of the Dead

Baptism of the dead seems like one of the weirder practices of the Mormon Church. In most other religions, only a living person can choose to convert or become baptized.

Baptizing the dead? How exactly does that work? According to the LDS, the deceased person chooses baptism in the spirit world.

9. Mormons Believe that they are The Chosen People

Mormons believe that they are a part of God’s Chosen People. The Mormon faith is a continuation of God’s covenant with Abraham.

While they believe this, Mormons do not see Jews as the original Chosen People. Mormons tend to be very pro-Jewish and have an affinity for the Jewish people.

Blood atonement is the belief that the death of Jesus did not atone for all sins so sinners must atone by allowing themselves to be killed.

A few Mormons have written material supporting this doctrine. But it isn’t really taught in mainstream circles since it is not an official teaching.

In 2010, the Church of Jesus Christ of Latter-Day Saints released a statement dismissing the doctrine of blood atonement. It is just a metaphor used to stir emotions and inspire belief.

According to official LDS teaching, forgiveness and salvation are within reach for everyone.

11. Mormons Believe that the Discovery of America Was Prophecy

One of the weirdest beliefs held by Mormons is that the discovery and settlement of America was part of divine prophecy. The US Constitution itself is an instrument of the divine.

America has a special place in the Mormon faith. For this reason, Mormons tend to be very patriotic.

It is surprising that Mormons are deeply patriotic. The Mormon has a complicated with the government

Adult Mormons wear special underwear, which are actually called “temple garments.” These temple garments serve as a reminder of Mormon man or woman’s commitment to God.

Read More:  Why Does TV Still Exist? (9 Reasons Why)

Temple garments are usually two-piece and embroidered with small symbols that represent temple covenants. They are intended to offer spiritual protection to the wearer.

Contrary to popular myth, Mormons do not believe that these garments have any magical properties. They are intended to remind the person wearing them of their devotion to God.

These special garments are worm day and night and are only removed when activities involve swimming, dancing, or sexual intimacy.

To many outsiders, Mormons are a secretive cult.

According to a 2012 poll conducted by the Salt Lake Tribune, a quarter of Americans do not even believe that Mormons are real Christians.

Mormonism may be misunderstood because of a combination of practices and beliefs that are perceived as weird – and it’s still a pretty new religion.

Another reason why Mormons are seen as a secretive cult is because many people outside of the church are unaware of how it functions.

For one, the church has never been open about its finances. It raised eyebrows when it was revealed that the Mormon Church amassed $100 billion in assets.

Despite this reputation, the Mormon church makes it relatively easy to leave. To no longer be considered a member, you need to send a letter announcing your resignation.

Being excommunicated is another way out of the community.

Leaving Mormonism may be difficult for many reasons, especially if you were raised in the faith.

Mormons are one of the least understood religious groups in America. Their beliefs and practices are at odds with what mainstream Christians believe.

Despite its weird beliefs and practices, the Church Jesus Christ of Latter-Day Saints gains thousands of followers every year.

A few decades and centuries down the line, the LDS will probably be as widely accepted as mainstream Christian denominations.

Why Do Mosquitoes Come Out At Night? (7 Reasons Why)