Why Do Mosquitoes Come Out At Night? (7 Reasons Why) 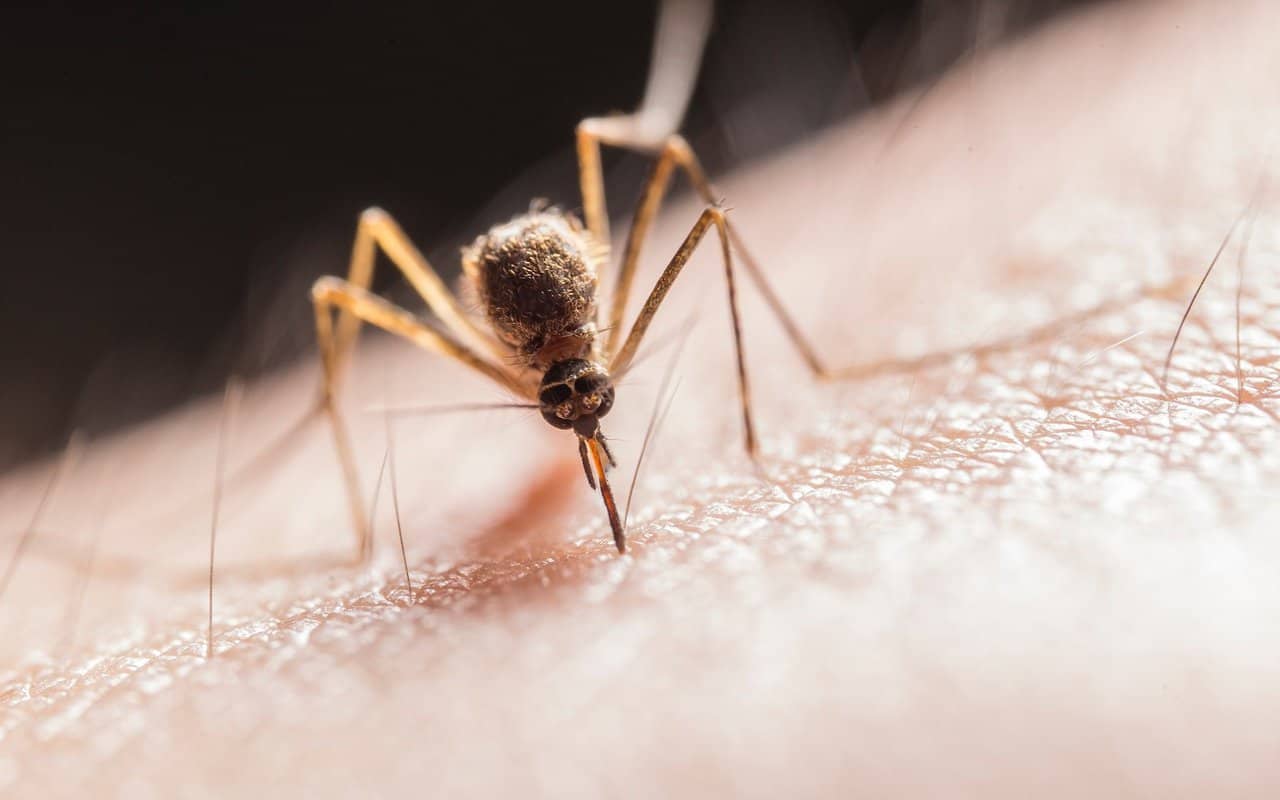 Mosquitoes are so common that there are about 3,500 species in the world. They may seem useless and annoying, especially to humans, but they have an essential role in the ecosystem. For example, they serve as food for other animals in the food chain and are avid pollinators.

But have you ever wondered why mosquitoes seem to only come out at night? Actually, mosquitoes are also present in the daytime, but they seem more active when the sun is out. Here are seven reasons why.

Why Do Mosquitoes Come Out At Night?

Mosquitoes generally avoid light in the daytime because exposure to sunlight can dehydrate or kill them. Therefore, they are generally more active when the sun is down, mainly in the early morning or evening.

That’s why humans notice them more during these times. The night is when we usually get bitten by these insects.

But that doesn’t mean mosquitoes aren’t flying around in the daytime. They just prefer quiet, shady, and humid spaces when the sun is out. So if your house receives good daytime light, mosquitoes will probably bother you less at that time.

Mosquitoes are light insects and not very good flyers, so they avoid flying out when the wind tends to be strong, like in the daytime. That’s why you rarely see them during storms or heavy winter days.

The wind speed tends to decrease at night, and this is when mosquitoes can exert less effort while flying.

In addition, when the wind is calm around them, mosquitoes can better sense scents of blood hosts, such as carbon dioxide from breathing and odor from skin and sweat.

Animals such as bats, birds, frogs, and fish are examples of mosquitoes’ natural predators. And most of them are inactive at night.

While bats are nocturnal, they are less effective in catching mosquitoes than they do their other prey. Research suggests that mosquitoes constitute only a tiny part of bats’ diet.

As for frogs, though they are also active at night, they mainly prey on mosquito larvae more than adult mosquitoes.

So, it’s safer for mosquitoes to go about when it’s already dark outside, and they can be safe from those who try to eat them. 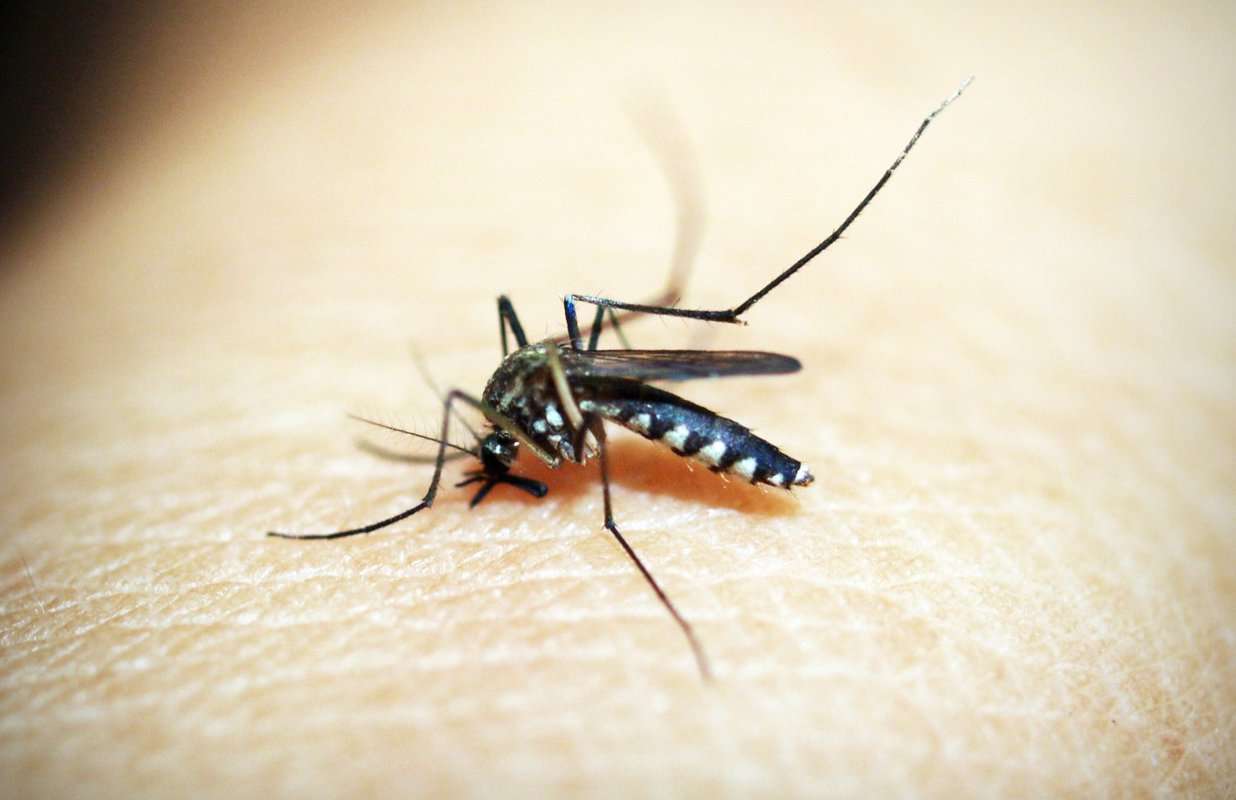 In some places like the US, mosquitoes thrive in the summer months when it’s warm. Some people even call it the mosquito season. But mosquitoes don’t depend on the season; instead, they are affected by temperature levels.

Many of these insects die off when temperatures drop below 50 degrees Fahrenheit; other species just hibernate. So, generally, mosquitoes are more comfortable in warmer temperatures.

They are ectothermic or cold-blooded creatures whose body temperatures match their surroundings. If their environment is cold, they are cold, and if it’s warm, they are warm.

Mosquitoes are comfortable in wet, shady, and humid places. That’s why they come out at night when it’s no longer hot and too dry. This is also why 75% of all mosquitoes are found in tropical and subtropical areas.

Most mosquitoes are crepuscular, meaning they feed at dusk or dawn. However, there are also species like the Asian tiger mosquito, which bite only during the daytime.

Crepuscular female mosquitoes need to feed on blood to produce and lay eggs. Therefore, they feed at dawn, dusk, or night when their hosts are resting or asleep and remain stationary.

When the hosts are at rest, their reflexes may be down, and they can’t easily kill mosquitoes that bite them.

Only the female mosquitoes bite and feed on blood; the males don’t.

Mosquitos simply come out at night because they can see very well in the dark. So, nothing is in their way of getting a good meal.

What’s stopping a mosquito from coming out at night when it can see things well under low light? At night, they can avoid the sunlight and their predators and feed as much as possible.

To the mosquitoes’ advantage, most of their hosts, especially humans, have poor sight in the dark.

At night when the lights are low, and their hosts are unaware, they attack, bite, feed, and get away with it. That may be why you see more of them at night—because that’s when they feel safer.

How to Avoid Getting Bitten At Night

Some mosquitoes are known as nuisance mosquitoes. They bite but don’t spread any germs or diseases.

However, there are those harmful ones that are vectors of disease and infection, such as the Aedis aegypti, the Anopheles spp., and the Culex spp. These species we want to avoid at all costs.

Here are some practical ways to prevent bites from mosquitoes at night.

So we have covered seven reasons why mosquitoes come out at night. Again, this doesn’t mean that they are not out during the day; they’re just more obvious at night.

In general, though we acknowledge the importance of mosquitoes to the ecosystem, we want to avoid getting bitten by them. We still have to protect ourselves and be wary of diseases that they may carry.

Why Do Flies Exist? (9 Reasons Why)