Why Are Men So Complicated? (11 Reasons Why) 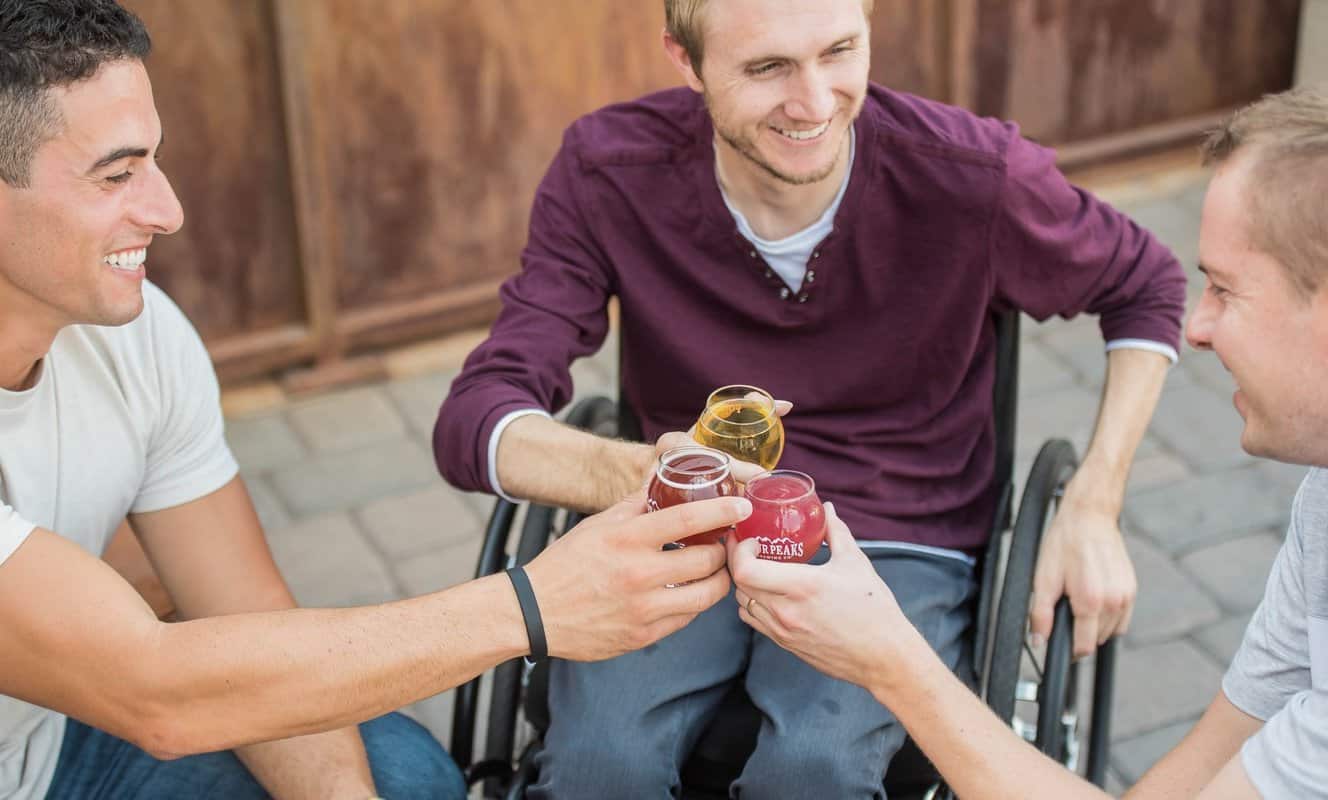 There’s nothing more head-scratching than a complicated man. Men are the most uncomplicated, complex, and confusing species.

If you are trying to make a relationship work with a man and they are making it far more complex than needed, then here are eleven reasons why your man, or men in general, are complicated.

Why Are Men So Complicated?

They lack commitment because they are not interested. This can get confusing and complicated if they do not express such and lead you on unnecessarily.

There are various reasons why men may complicate things with their lack of interest in you. Sex, cheating, lack of communication, and many other reasons can be why your relationship is all over the place.

To make things more complicated, if you were to break up with him, in some cases, exes tend to complicate things by hooking up.

Men will hook up with their ex while continuing a “bachelor lifestyle,” typically for convenience, while their partner hopes otherwise.

Not all, but plenty of men like to lie or have become accustomed to the lifestyle of lying by accident.

Lying to a potential significant other or partner complicates things in the relationship and overshadows who they are.

There are many reasons that men will resort to lying. To spare the person’s feelings or their own, make you feel good about yourself, or they have difficulty being honest with you and themselves.

Men complicate things when their egos are over-inflated. Arrogant men never want to admit their wrongs and, in their minds, they know everything. They want to be the center of attention.

Although plenty of women seem to fall for arrogant men, the relationship between the two is similarly complicated due to their arrogant nature.

This will likely confuse their partners because arrogant men are often charming and romantic, further complicating you or anyone else. After all, you can’t understand who they are and their intentions.

There are ways to deal with an arrogant man, i.e., through communicating or the help of others, but that doesn’t mean that being around him isn’t any less complicated.

There is likely a man you’ve met, or, hopefully not, will meet, and things will be fine at first. The honeymoon stage is blissful until their mask comes off and their true nature comes to light.

A complicated man can be attributed to their controlling and abusive nature. Abuse, in any fashion, is a scary and complicated situation, but it is more complicated by the man than for their partners.

Depending on the nature of the abusive and controlling situation, some have been lucky enough to escape the abuse, but others not so much.

Abusive and controlling, men will purposefully further complicate things with various threats of action and words because of their need to be in control and have power over you.

However, their motives will become foggy in the beginning as they naturally resort to charm and love bombing. Still, after a good enough period, they will confuse partners via their actions.

5. Men Are Purposefully Confusing You

A thought looming over your brain as if it were a dark, foggy cloud is that you are wondering whether a man’s complicated and confusing demeanor is on purpose. Yes, it could be.

There are various reasons depending on the man, but some can range from not knowing how to express himself to thinking that it’s fun to play hard to get, thinking that it’ll entice you more.

Sometimes these tactics will work in their favor, while other times, the women, or men, trying to form a relationship with those guys will lose their patience and move on to someone else. 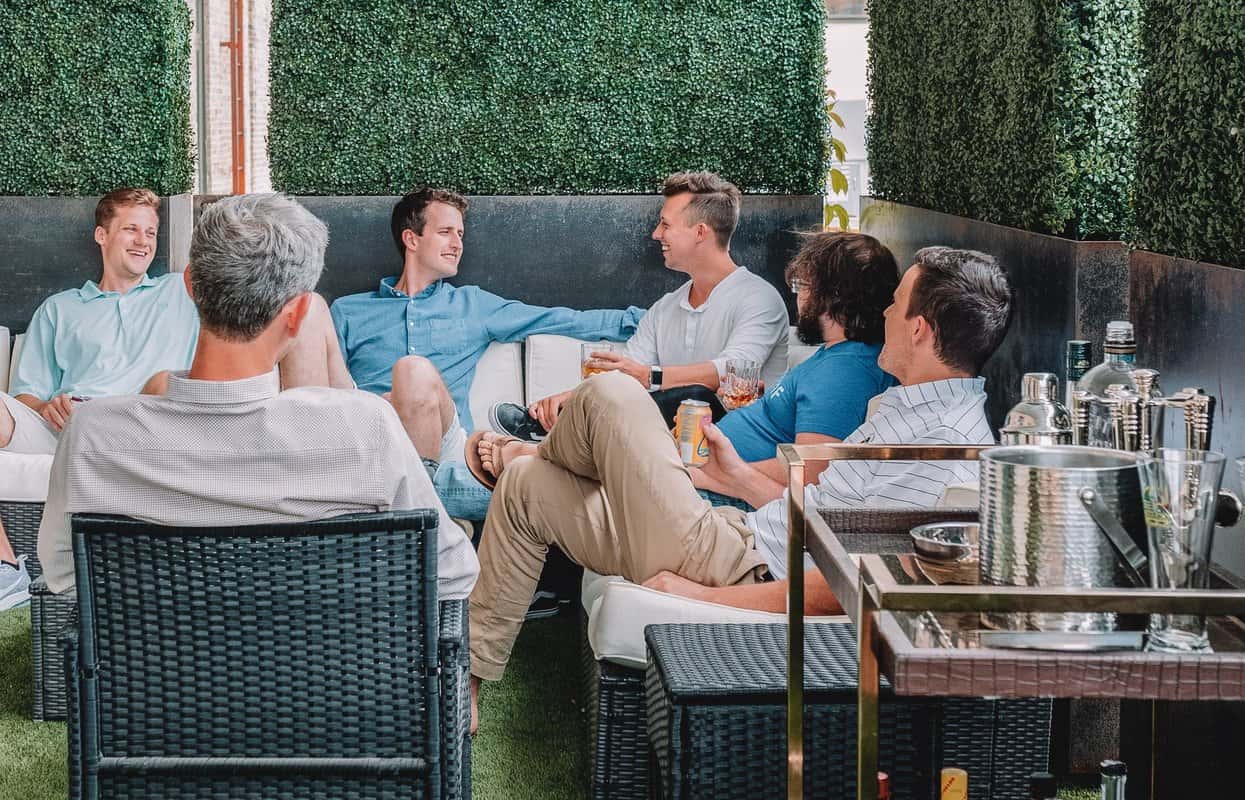 Love bombing can easily be a complicated and confusing factor in a relationship.

Love bombing, by definition, is an unhealthy form of false romanticism, but it can be blissful for the person in the relationship. This typically happens during the beginning of a relationship.

However, love bombing is a form of an abusive relationship. Their wits and charms will fade away in due time, and you are prone to be subjected to gaslighting and other forms of abuse.

So, if you’re with a man who is attentive and patient with you, it’s not just because of one argument that he suddenly becomes impatient and quickly loses his temper.

Still, you’ll become confused whenever he quickly apologizes yet, exhibits the same behavior. And while others around you may see this as bad news, you likely will not in the beginning.

7. Men Are Distant By Nature

In society, starting in the home, there is an expectation for men to act masculine and not show their emotions and to be tough and protect their women. Be the alpha male.

One of the problematic traits of being an alpha male is to be cold and distant towards the women they are with. Being distant and cold towards them shows that they are a man. This isn’t true.

While women are used to this type of behavior, this isn’t normal behavior that should be normalized.

Any man taught that they should be distant and cold is essentially taught that the women should continuously be in a one-sided, emotionless relationship.

Things can become complicated for the woman, but primarily the man because he is likely to be confused.

He’ll be confused as to why the women want to leave and find someone else without realizing that it’s because of them that they want to exit the relationship.

A man could be complicated to you because he’s gone through some past traumatic experiences that you’re not aware of.

Men, by nature, cannot easily express themselves and their emotions as women are because they are not encouraged to do so, especially back then.

Nowadays, men are being encouraged to go to therapy and try to be as open and transparent as possible, but, man or woman, it is challenging depending on the nature of the trauma.

Because trauma, no matter how big or small, can affect various relationships, including intimate ones.

There is a fear of overexposing themselves and whether their partner will be understanding or judgmental towards them for harboring such emotions.

This causes their feelings and actions to be mixed because of those fears and worries, making them seem more complicated than they are.

They fear committing to you so they will give you mixed signals. There is a chance that something happened during a previous relationship or an observation he’s seen before adulthood.

Men who fear commitment will have trouble looking far ahead into the future without exclusion of that worrying fear that something terrible could happen.

Maybe they are good guys who a previous lover has scorned before or well-versed, longstanding bachelors who don’t know how to commit despite wanting to.

There is a likely chance that the men in your life aren’t complicated, but you are just not understanding and are pre-judgmental.

There is a preconceived notion that if you do not dress, act, say things in a certain way or act confidently, that, in this case, the man, they are being complicated.

Not everyone is the same, so assuming that because a man does not act in a way that you imagined them or prefer for them to act means that you are judgmental.

Any man or woman pre-judging a “complicated” man causes more complications in your relationship and will not last long.

Men are complicated because they learn from the best: the men in their lives. A father can be a son’s superhero, so the son will implement whatever the dad, uncle, or other male figure does.

The lessons that a man observes and takes in, over time, are likely to imitate through their actions as they age, and it will seed over into romantic relationships.

Other forms of learned behavior can be through the influence of various forms of media, i.e., television, movies, online videos, social media, etc.

If a narrative is prolonged and not halted, people, particularly men, are likely to believe it more and implement it in their daily lives and interactions.

To learn more, you can also read our post on why guys send short texts, why your boyfriend is so hot, and why he won’t marry you after 5 years.

Relationships take time to become healthy, but the work must come from both parties. For a man to uncomplicate a relationship, there has to be communication and transparency.

Another aspect of an uncomplicated relationship for a man is for their partner to be understanding of their feelings and not have pre-judgmental thoughts about him.

But, yes, women are complicated, and despite this being said that this is a myth, men are just as complex as women, and a lot can be attributed to societal norms from the media and their fathers.

Can You Recycle Post-It Notes? (Your Full Guide)