Why Are Donkeys Called Jackasses? (All You Need To Know) 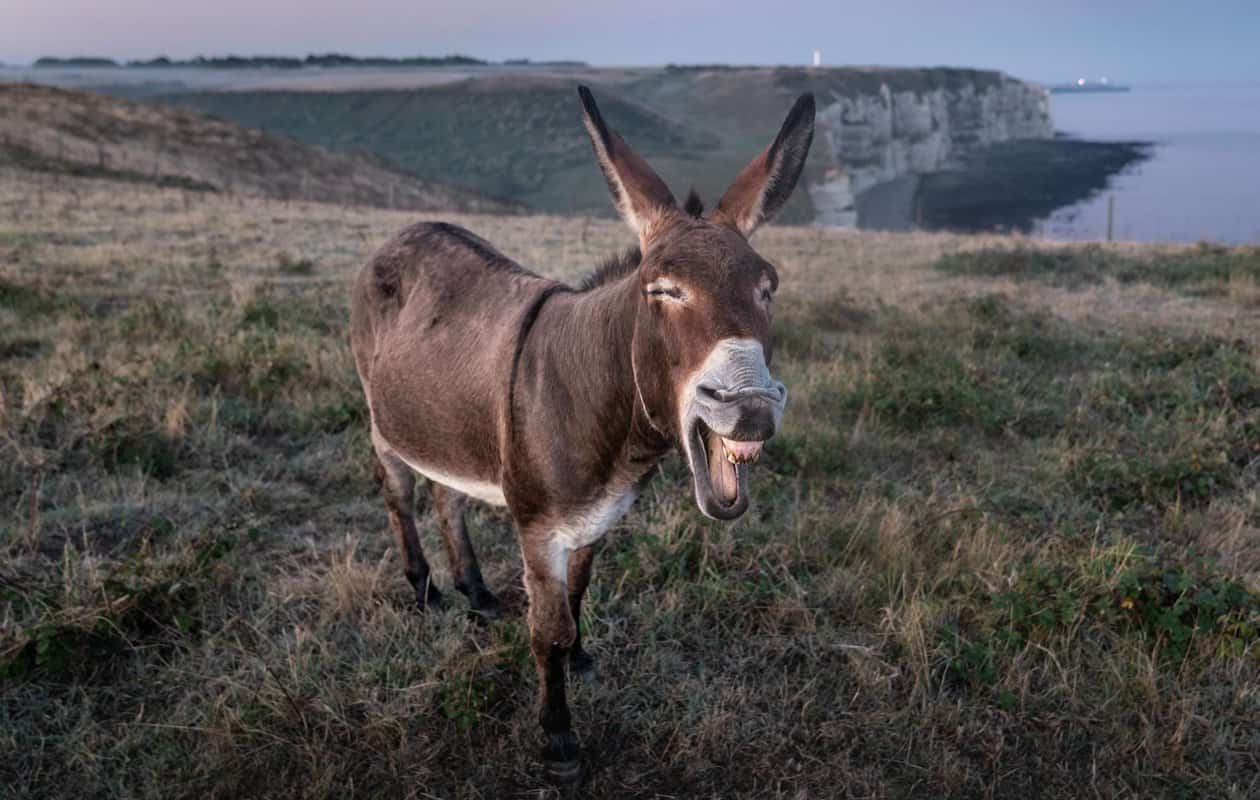 Jackass is a word we currently don’t associate with an animal as much as we do with an insult. However, the long history of the word points to the fact that we didn’t start seeing its vulgar side until recently.

So why are donkeys called jackasses? And why did we start associating the word with its current negative connotations? Read on to find out!

Why Are Donkeys Called Jackasses?

Donkeys are called jackasses because the words “jack” and “ass” have historically meant male donkey.

The “jack” part of the jackass actually comes from a very old tradition of calling any man Jack, especially commoners with no noble blood. This, in turn, translated to any male animal, donkeys in this case, being called a jack.

On the flip side, any female donkey was called a jennet or a jenny, something you can still see to this day.

The “ass” is an even older name for a donkey. In fact, it goes back to Latin roots, where the donkey was named asinus. The Latin name sticks around in the taxonomic name for the donkey, Equus africanus asinus.

From the Latin asinus, Celtics derived the name assa, the Welsh called the same animal asyn, and Bretons called it an azen. Our Modern English took those and cut them short into ass, which has been the name we call donkeys since as far back as the 16th century.

One of the earlier mentions of an “asse” meaning donkey in literature was in the 14th century Middle English poem by John Gower, “Confessio Amantis,” which says:

“For al schal deie and al schal passe, Als wel a Leoun as an asse.” In Modern English this reads as: “For all shall die and all shall pass, as well a lion as an ass.”

When Did the Name Donkey Start Becoming Common?

The first occurrence of the word “donkey” to describe the animal happened as late as 1785. This naming was far more dialectical than the name “ass” which was more common back then.

The name derives from the word “dun,” a dull, grayish brown color that’s common in the hide colors of donkeys, and “donkey” is a diminutive form of the word.

Some say it was meant as a nickname for “Duncan,” which was a name they would give to animals back in the day. This is an unlikely explanation, though.

All in all, it made a much later appearance than “ass” but people seemed to embrace it, especially after ass and jackass became widespread insults in the late 19th and early 20th centuries.

Was Jackass Always Considered an Insult? 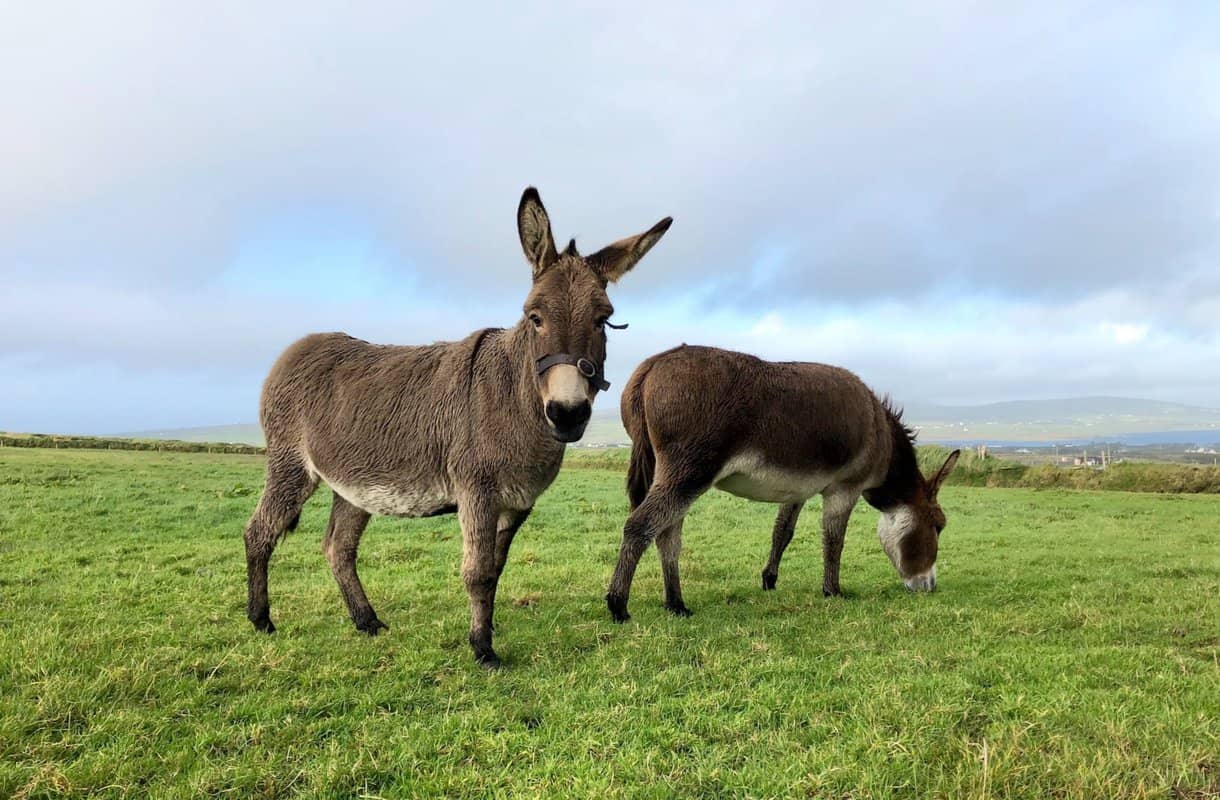 Donkeys aren’t known for being the smartest animals out there. The male donkey, jackass if you will, is also known for being stubborn and strong-willed, often needing a bit of coercion to follow commands. They were used to sire mules from broodmares, so controlling them was always an issue.

All of this led to the use of “ass” to be considered somewhat of a derogatory term. Even Shakespeare in Midsummer Night’s Dream used “to make an ass of oneself” to mean “to make a fool of oneself.”

However, the widespread use of “jackass” as an insult can be attributed to politicians insulting each other. In the 1820s, Massachusetts congressman Daniel Webster heckled the Kentucky congressman, Henry Clay, calling him a jackass as a group of donkeys was passing by.

Soon after, when President Andrew Jackson was still running for office, he was bombarded with Republican cartoons depicting him as a jackass, intended to be insulting. His publicity tactic was to take these insults and turn them around.

Instead of fighting the ridicule, he embraced it. His posters and campaign leaflets all depicted a jackass, adopted as a symbol of steadfastness and determination.

The jackass soon became a symbol for the nascent Democratic Party. A popular image of a jackass kicking a dead lion was used to exalt the virtues of the new Party with its progressive policies. Over a century later, the Democratic Party still uses the donkey as its symbol.

That said, the insult stood the test of time, but instead of meaning a stubborn, hard-to-control person, it shifted to mean plain stupid or reckless. It also can describe a rude, unrelenting person, especially one who’s too obtuse to take a hint.

Read More:  Why Do Spiders Keep Crawling On Me? (7 Reasons Why)

Perhaps nothing can display this clearly as the “Jackass” MTV franchise. It started with a 2000–2001 reality TV series that followed 9 people playing stunts or pranks on one another.

The stunts were often dangerous and undercalculated, and the aggravating response this drew added to the negative connotations of the word jackass.

So what started out as a regular name for an animal ended up being an emotionally-charged insult in a matter of a few centuries. Says a lot about how language changes and evolves.

Why are donkeys called jackasses?

Donkeys have been called asses long before they were called donkeys. So much so that the name dates back to Latin, an ancient, dead language. As for the “jack,” well, all males were referred to as a jack, be it a human or a donkey. It was only logical to combine the two into one word.

The word started getting its current status as an insult centuries later. As of the early 19th century, a jackass was a stubborn, stupid person. That evolved to include other detestable qualities, as well, like general disagreeableness and dangerous recklessness.

Why Are Golden Goose Shoes So Expensive? (9 Reasons Why)