Why Are Condoms So Expensive? (11 Reasons Why) 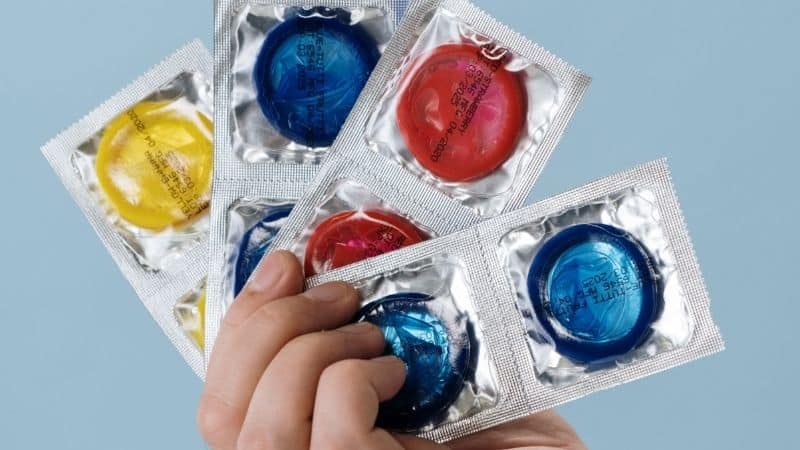 Male condoms are a billion-dollar industry, and while condoms are in use around the world, there are still a lot of things that consumers do not know about condoms.

One of the main questions people have about condoms is about their priciness. Why are condoms so expensive, especially when some are given out for free? Here is what I found!

Why Are Condoms So Expensive?

Condoms are so expensive because they have to be tested multiple times to ensure that each one is flexible, durable, and leak-free. These tests are also performed by government organizations to further ensure the condoms’ quality. Additionally, manufacturers produce condoms in multiple formats, and there is a drastic increase in condoms worldwide.

If you want to learn more about the demanding process of creating and testing condoms and the other factors that make condoms expensive, keep on reading!

Condoms are essential for the protection and overall health of sexually active individuals. As such, manufacturers have to ensure that all their condoms are of the highest quality.

To do this, each condom undergoes stringent quality assurance in factories, but most tests like the airburst and water leakage tests are done through random sampling.

Moreover, other tests performed are the condom tensile and aging tests. Additionally, condoms are electronically tested for holes before packing.

Lastly, all these measures prolong the manufacturing process and necessitate special equipment, increasing the price of condoms.

Condom airburst and water leakage tests are just two of the tests done with workers’ assistance.

Read More:  Why Do I Look Better In The Mirror? (9 Reasons Why)

Government organizations like America’s Food and Drug Administration take part in testing condoms as soon as they leave factories.

That said, random samples are taken per batch, which are tested again for any defects like holes. Normally, acceptable failure rates are five for every 1,000 condoms.

Any higher than that, and the condoms could be sent back to the manufacturer.

As you can imagine, rigorous testing costs time, money, and equipment, which drives up the cost of condoms.

4. Condoms Are Not Limited To Rubber 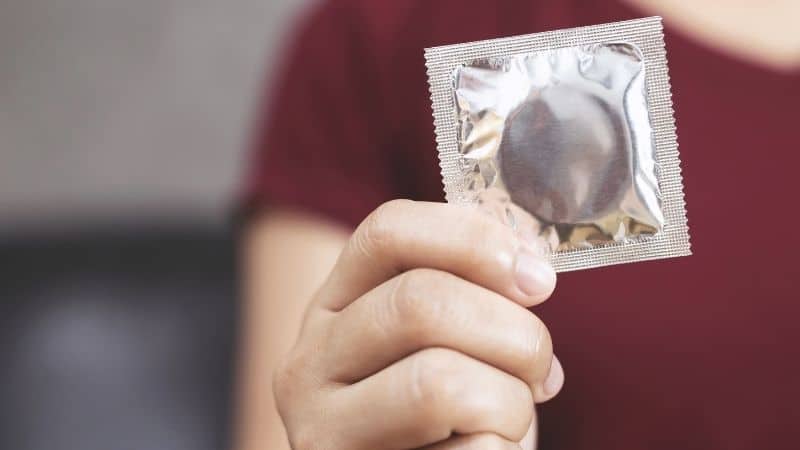 Most condoms are made from latex, but for people who are allergic to rubber, there is good news: condoms can be made from other synthetic and natural materials too.

For example, animal intestines are the primary materials for natural condoms, while polyurethane and polyisoprene are synthetic substitutes for latex condoms.

Further, each material is sourced and processed differently from one another, and these nuances can influence the selling price of condoms.

5. Some Brands Are More Reliable Than Others

Additionally, branding can be connected to durability, fit, material, and eco-friendliness. Naturally, some brands tend to stand out from others in certain respects.

Depending on your preferences, the best brands for you can come at a higher cost than average.

Read More:  Why Do Men Have Short Hair? (9 Reasons Why)

6. Condoms Are Made In Multiple Formats

With that, some of them are flavored condoms, ribbed condoms, spermicide condoms, lubricated condoms, and ultra-thin condoms.

Also, there are even female condoms and glow-in-the-dark condoms for people who want extra protection or fun.

Regardless, these formats can increase the cost of production and testing and, therefore, the final price of condoms.

Condoms are not the easiest products to market, mainly because of the controversies surrounding contraceptives.

That said, this is true not only on a religious front but also on safety against AIDS and other sexually transmitted diseases.

Therefore, to appeal to the correct audience and achieve their desired results, condom companies need to work with experienced marketing teams, which can be quite expensive.

8. There Is An Increased Demand For Condoms

As COVID-19 restrictions relax, condom companies are preparing for a surge in demand for their products.

Like with other goods, an increase in demand for condoms means condom companies can start selling their products at a much higher price.

9. Import Fees Drive Up The Cost Of Condoms

Condoms are being imported globally, especially by more prominent brands like Karex, Trojan, Champ, and Okamoto.

That said, when these imported condoms reach their designation, tariffs are imposed on them, increasing the selling price of condoms.

Additionally, tariffs can be quite costly in certain countries, which is why you notice imported condoms are significantly pricier than locally produced condoms.

Read More:  Why Do People Disrespect Me? (11 Reasons Why)

Even as COVID-19 restrictions ease up, ports are still suffering from severe congestion due to the backlog of shipments and the sudden surge of new containers arriving each day.

Moreover, there are container shortages and impassable routes around the globe due to complications that happened at the onset of the pandemic.

Besides expensive shipping and import fees, condoms also experience a price surge due to the high mark-ups that resellers place on them.

Granted, the figures vary per store, but in-demand items like condoms are usually the target of higher mark-ups because consumers are willing to spend money on quality condoms.

Condoms are expensive to produce, mainly because condom companies have to procure high-quality materials and perform multiple tests on them before being sold.

Moreover, condoms come in multiple formats. With more materials used to create a condom, the pricier the condom will be.

Additionally, the global demand for condoms is steadily increasing as COVID-19 restrictions are lifted. All these factors combined make condoms more expensive than they used to be.

Why Are Clothes So Expensive? (11 Reasons Why)

Why Are Fursuits So Expensive? (7 Reasons Why)