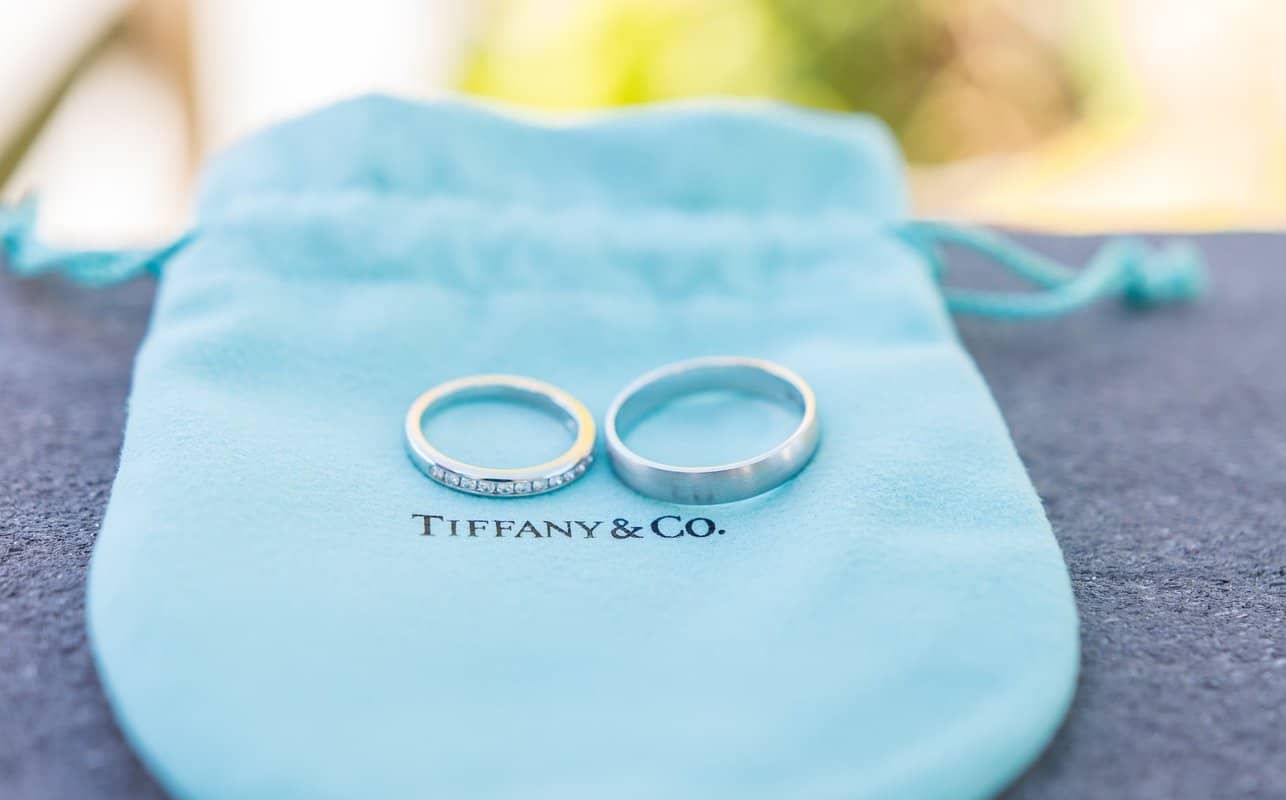 In the world of top-shelf luxury goods, companies like Chanel, Gucci, and Rolex come to mind as celebrated names that represent the pinnacle of quality and elegance.

When it comes to jewelry, Tiffany & Co. has been synonymous with luxury and style for nearly two centuries. It is also one of the priciest brands out there and here are 11 reasons why it is so expensive.

Why Is Tiffany & Co. So Expensive?

1. It Is a Premium Luxury Brand

Few brands exude style, elegance, and indulgence like Tiffany. Since its founding nearly two centuries ago, Tiffany & Co. has been associated with the finest jewelry and luxury goods that money can buy.

Just like the diamonds that made it famous starting in the mid-1800s, Tiffany & Co.’s reputation for quality and craftsmanship is, in a word, flawless.

Through the years, Tiffany & Co. has also marketed itself extremely well, holding down the title of America’s premier purveyor of luxury goods for over 180 years.

2. Tiffany Is a Retail Icon

Every aspect of Tiffany & Co. exudes elegance and class, and this is why in the retail world, it occupies the uppermost tier reserved exclusively for the world’s premier purveyors.

Tiffany’s, as the brand is affectionately known, is not only famous for its world-renowned collections of fine jewelry and luxury goods, but also for its palatial stores with their impeccably appointed interiors.

A trip to Tiffany & Co.’s multi-story flagship location at the corner of Fifth Avenue and 57th Street in Manhattan is a memorable experience unto itself and serves as a testament to Tiffany’s enduring legacy.

3. Even Its Box Is Famous

So iconic is the Tiffany brand that even its signature blue boxes that are used to house jewelry pieces when they are sold have themselves become highly cherished collectible items.

With its distinctive hue of blue (which even has a unique Pantone color designation) and understated white ribbon, the Tiffany box has come to symbolize the refined elegance of this iconic brand.

Company founder Charles Lewis Tiffany famously refused all requests to purchase these famous boxes empty, but jokingly offered to give them away for free so long as they contained a Tiffany piece inside.

Read More:  Why Do Women Wear Garters? (7 Reasons Why)

While Tiffany & Co. is widely viewed as one of the world’s premier brands for luxury goods, the company was built on a strong foundation of quality combined with craftsmanship.

Founded in 1837, Tiffany’s developed a reputation for its fine silver pieces and received international acclaim for its magnificent goods at the Paris World’s Fair, earning the top prize for craftsmanship.

From there, the company’s fame steadily grew as it became an elite player in the world of luxury retail. But through it all, its commitment to quality and artistry has never wavered.

Throughout modern history, top luxury retailers have shared a spirit of innovation and a steadfast commitment to quality. These are the attributes that set certain brands apart from others.

Tiffany & Co. may be world-famous for its close association with movie stars, politicians, socialites, and the occasional movie cameo, but the heart and soul of its operations have always been silversmithing.

Tiffany silver pieces bear an AG925 stamp on them, indicating that they are smithed from sterling silver, a strong, yet workable alloy containing 92.5% pure silver and 7.5% other metal (usually copper).

Not only did Tiffany & Co. define the standard for American sterling silver over a century and a half ago, but it has crafted countless silver pieces whose beauty and elegance will stand the test of time. 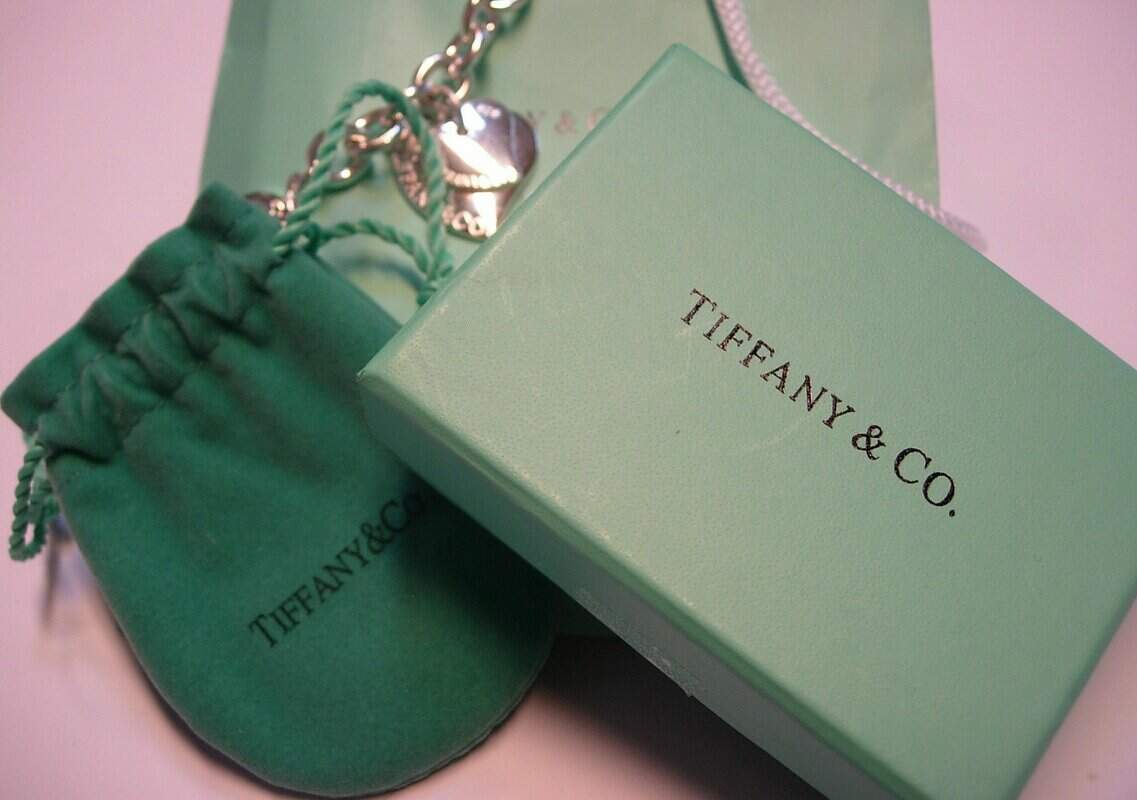 While Tiffany & Co. may have begun its illustrious journey as America’s premier luxury retailer by crafting fine silver pieces and jewelry, its current catalog of items extends far beyond that.

Aside from fine jewelry and silver keepsakes, Tiffany’s is also renowned for home goods and lifestyle products that include:

Champagne flutes and picture frames may not be the first items that come to mind when the name Tiffany & Co. is mentioned.

But it is a safe bet that anything bearing the distinctive Tiffany name and logo is likely to be exquisitely made and almost certainly very expensive.

Read More:  Why Do My Underwear Roll Down? (5 Reasons Why)

Tiffany & Co. has a long and distinguished history, and its narrative continues to unfold to this day. With an impeccable track record and many notable achievements along the way, Tiffany is retail royalty.

Founded in 1837, it did not take long for the Tiffany brand to develop a reputation for crafting keepsake pieces that were not only impeccably made but with meticulously sourced materials as well.

Tiffany’s signature turquoise-tinged blue adorning its famous gift boxes and shopping bags has become a distinguished identifier for this storied brand, but the color was first used in a different way.

Pantone 1837, which is the unique color number assigned to Tiffany blue, was actually first used on the cover of Tiffany’s Blue Book, a comprehensive catalog of items that is still published to this day.

8. It Has a Celebrity Following

A big part of Tiffany & Co.’s allure with people around the world going back to its humble beginnings in the mid-1800s is its long association with the rich, famous, and powerful.

In the many decades that followed, names like Jackie Kennedy, Audrey Hepburn, and countless other celebrities and public figures have proudly donned Tiffany-crafted articles.

Taken together, the nearly two centuries’ worth of publicity and notoriety has given the Tiffany & Co. brand a star-studded following like no other.

A significant factor in the high price of Tiffany pieces, particularly its diamond items, is its much-publicized stance on ethical and sustainable sourcing practices.

According to the company, Tiffany & Co. adheres to strict corporate policies that influence the way that it sources its precious stones and other materials, including:

Read More:  Why Do Men Wear Panties? (9 Reasons Why)

Through these and other internal policies, Tiffany & Co. has demonstrated that it willingly accepts a certain level of corporate responsibility.

But these business practices can come at a cost, including making Tiffany products considerably more expensive.

Another reason why Tiffany & Co. is so expensive is that it is frequently featured on a big stage, thus adding to its mystique and allure.

For decades, Tiffany has had the distinction of being the official trophy-maker for a number of premier sporting events including the Super Bowl, the NBA Finals, and the New York City marathon.

Call it destiny or a sign of the times, but the recent acquisition of Tiffany & Co. by LVMH Moët Hennessy Louis Vuitton SE is a marriage between two of the most distinguished brands in the luxury retail sector.

With the addition of Tiffany & Co. to this portfolio of illustrious brands, LVMH’s catalog reads like a who’s who of the world’s preeminent luxury retailers.

Not only does this move make sense from a collective marketing point of view but it also ensures that Tiffany & Co. will continue to be one of the most expensive brands for personal luxury goods around.

Tiffany & Co. is more than an iconic brand in the world of luxury goods, it is a distinguished thread woven into the tapestry of American history.

Its jewelry is famously expensive and even the signature blue boxes that the pieces are taken home in are cherished items by those fortunate enough to own them.

Why Is Tory Burch So Expensive? (11 Reasons Why)