Why Are New York Apartments So Expensive? (11 Reasons Why) 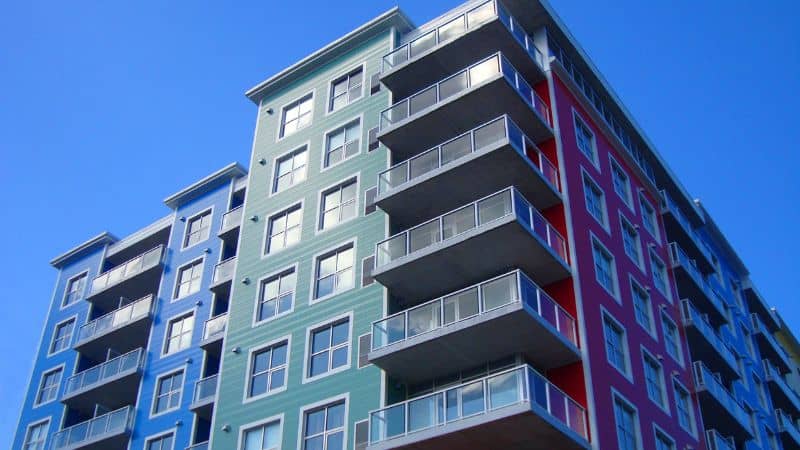 New York is one of the most famous cities in the world since the city is busy and full of life. As such, many people dream and plan on moving to New York and living in an apartment.

Why Are New York Apartments So Expensive?

Do you want to find out what other things affect the rent prices for New York apartments? I made a list of factors below, so keep reading!

New York is the most expensive and prime location for real estate in the United States, which is why many billionaires live in New York.

Anytime a location is considered a prime location, it significantly drives up the cost of rent, even if the apartment is small.

Occasionally, some landlords in New York will charge you a move-in fee before you can move into a New York apartment.

Move-in fees are often charged by the homeowner’s association to your landlord, which your landlord will ask you to pay.

Read More:  Why Are Windows So Expensive? (11 Reasons Why)

Typically, this move-in fee will pay you to “reserve” the elevator for when you move in to make it easier for you to bring all your belongings into your apartment.

One of the primary reasons New York apartments are expensive is because the property taxes in New York are high.

According to reports, New York’s property taxes are the second-highest among the largest cities in the United States.

Therefore, landlords and property owners will want to offset the taxes they have to pay, which makes them increase the rental prices.

Generally, most people in the United States want to move to New York due to the lifestyle, career opportunities, etc.

Therefore, there is a high demand for apartments in New York City, but New York is not a large city.

Most people will likely have grabbed the cheaper apartments in New York, which means the few apartments left will be expensive.

Also, landlords know that a New York apartment is valuable, which means landlords can increase the rent since someone will eventually rent the apartment.

It is unlikely that there will be fewer people in New York anytime soon, so the demand for New York apartments will likely remain high while the supply stays low. 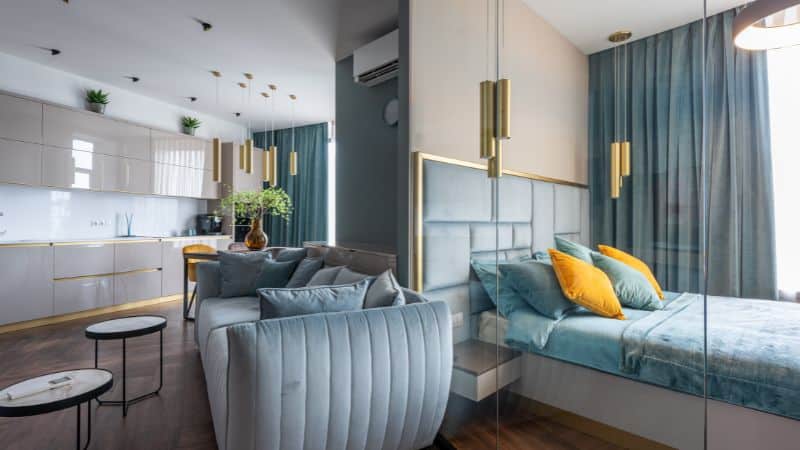 Typically, the construction cost in New York is significantly higher than in other cities in the United States.

That said, this means that building owners and landlords need to offset the costs of construction by charging more for rent.

Read More:  Why Are Mobile Homes So Expensive? (11 Reasons Why)

Usually, construction cost is based on various factors, such as paying for construction workers that require higher salaries than in other cities.

Additionally, New York has strict regulations that require regular inspections of the building, which are expensive.

In cramped cities like New York, parking is seen as a valuable commodity, so apartment buildings that come with parking are significantly pricier.

Normally, the price of an apartment can be determined by how convenient it is to live there, so that will include how easy it is to commute from the apartment.

New York is very friendly for commuters since it is easy to take a bus and cab or find the subway station.

Therefore, people will usually be saving money by easily commuting instead of paying for and maintaining a car, which you will also need a parking space for.

Everything about New York City is convenient, making New York a prime and expensive location.

For instance, finding a nice restaurant is very easy in New York since most of the streets are full of restaurants.

If you are searching for entertainment, there are various bars, clubs, museums, parks, etc., that residents can easily walk to.

While rent control is a regulation that is supposed to keep the rent from getting too high, rent control can work against renters.

Read More:  Why Are Apartments So Expensive? (11 Reasons Why)

Many people who have rent-controlled apartments in New York have been living there for years, reducing the number of cheap apartments for new residents.

Therefore, this means that vacant apartments can be subject to market price, making the available apartments more expensive.

New York has high prices for insurance, which can add to the total cost of your move to a New York apartment.

Often, landlords will require their tenants to pay for renter’s insurance, which can cost thousands of dollars annually.

Occasionally, some apartment buildings will come with amenities to allow tenants to conveniently use without leaving the building.

New York apartments are expensive because New York is a convenient and prime location with a high demand yet low supply for apartments.

Moreover, New York City is a very convenient city to live in, which can significantly add to the overall cost of the rent.

Why Are USB-C Monitors So Expensive? (7 Reasons Why)

Why Are Mobile Homes So Expensive? (11 Reasons Why)