Why Are Asian People Good At Math? (11 Reasons Why) 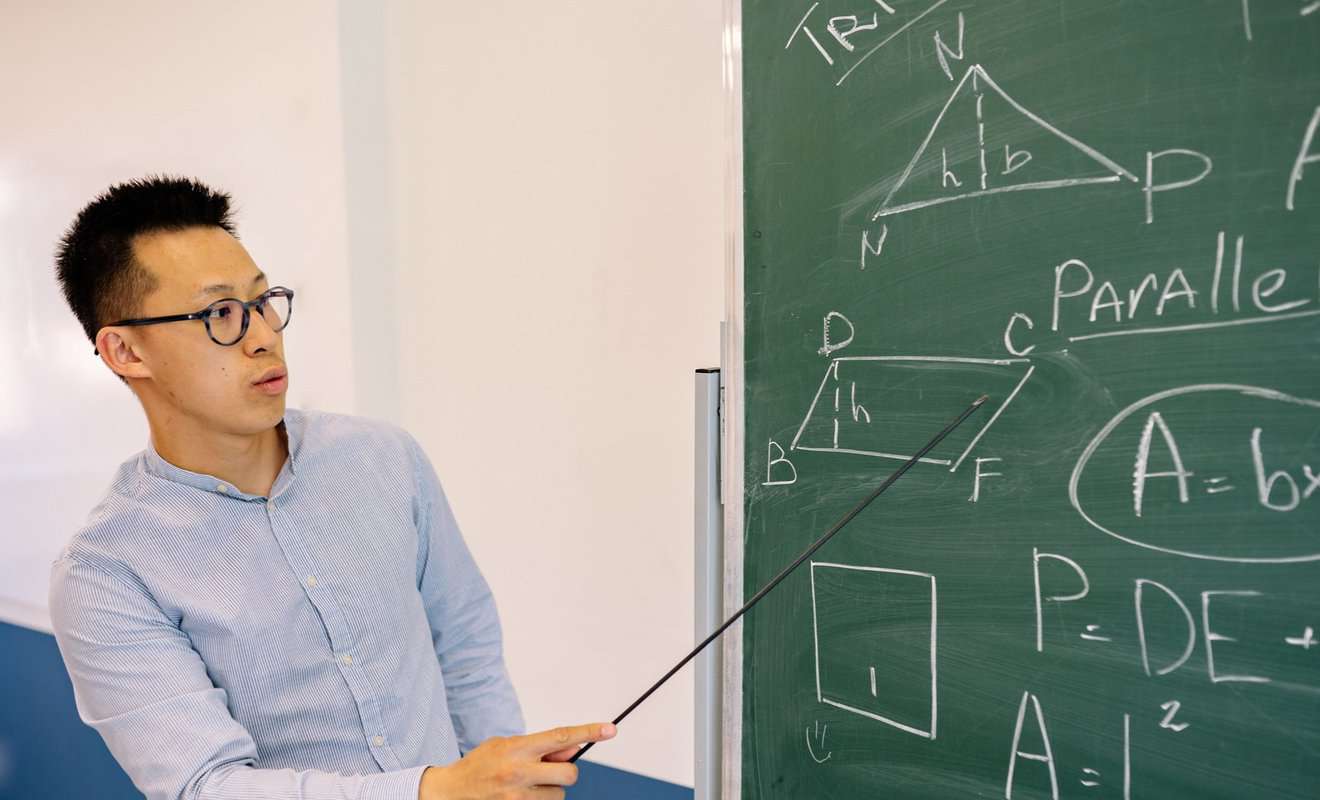 There is a perception that Asian people excel at the study of mathematics. Scholars and educators all seem to be in agreement that when it comes to math, Asians are just better at it than everybody else.

Stereotypes aside, there is an element of truth to this belief with plenty of evidence to back it up. From cultural factors to teaching methods, here are 11 reasons why Asian people are good at math.

Why Are Asian People Good At Math?

Asian people being good at math may seem like a stereotype but some studies clearly demonstrate that this proficiency in mathematics can be traced to their formative school years.

According to international assessments conducted by TIMSS (Trends in International Mathematics and Science Study), Asian students ranked the highest in the world in mathematics achievement:

That the same five Asian countries have scored the highest in math achievement assessments at two separate grade levels demonstrates that Asians are good at math and it starts at an early age.

One of the most difficult math subjects for children in non-Asian cultures to learn is fractions and much of this has to do with the way that this concept is taught.

Asian students do not find fractions as difficult as their Western counterparts simply because the way that fractions are spoken and expressed is simpler to understand.

To a Western student, the fraction 3/5 would be spoken and read as “three-fifths”, which is not entirely clear as to what exactly the three and the fifths represent.

But to a Chinese student, the fraction 3/5 would be spoken and understood to mean “out of five parts, take three”. Here, the numerator and denominator are clearly identified, and the meaning is clear.

To non-native speakers, the English language numbering system is full of peculiarities that defy logic. Even for those who are raised in English-speaking societies, these idiosyncrasies can be hard to learn.

Read More:  Why Is Preschool So Expensive? (11 Reasons Why)

Unlike their English-speaking counterparts, Asians (most notably Chinese, Japanese, and Korean) do not use quirky, and sometimes illogical, numbering schemes.

4. Asians Are Better At Word Problems

Ask any math student what is the most challenging type of problem to solve and chances are a common response will be word problems.

Many kids (and adults, for that matter) struggle with understanding what the question is asking, let alone solving the actual problem.

This is where Asians excel because they are taught to visualize word problems, breaking down each part of the problem into pictures or diagrams to clarify the basic questions that need to be answered.

Asian numbering conventions are straightforward representations of numerical values, so eleven is ten-and-one, twenty-four is two-tens-and-four, and so on.

This makes math computations faster and easier because the computational cues are built right into the numbering language. For instance:

Thus, for non-Asians, there is a logical divide in the way that numbers are spoken and understood versus the way that they are written and used in math, and this unnecessarily complicates things. 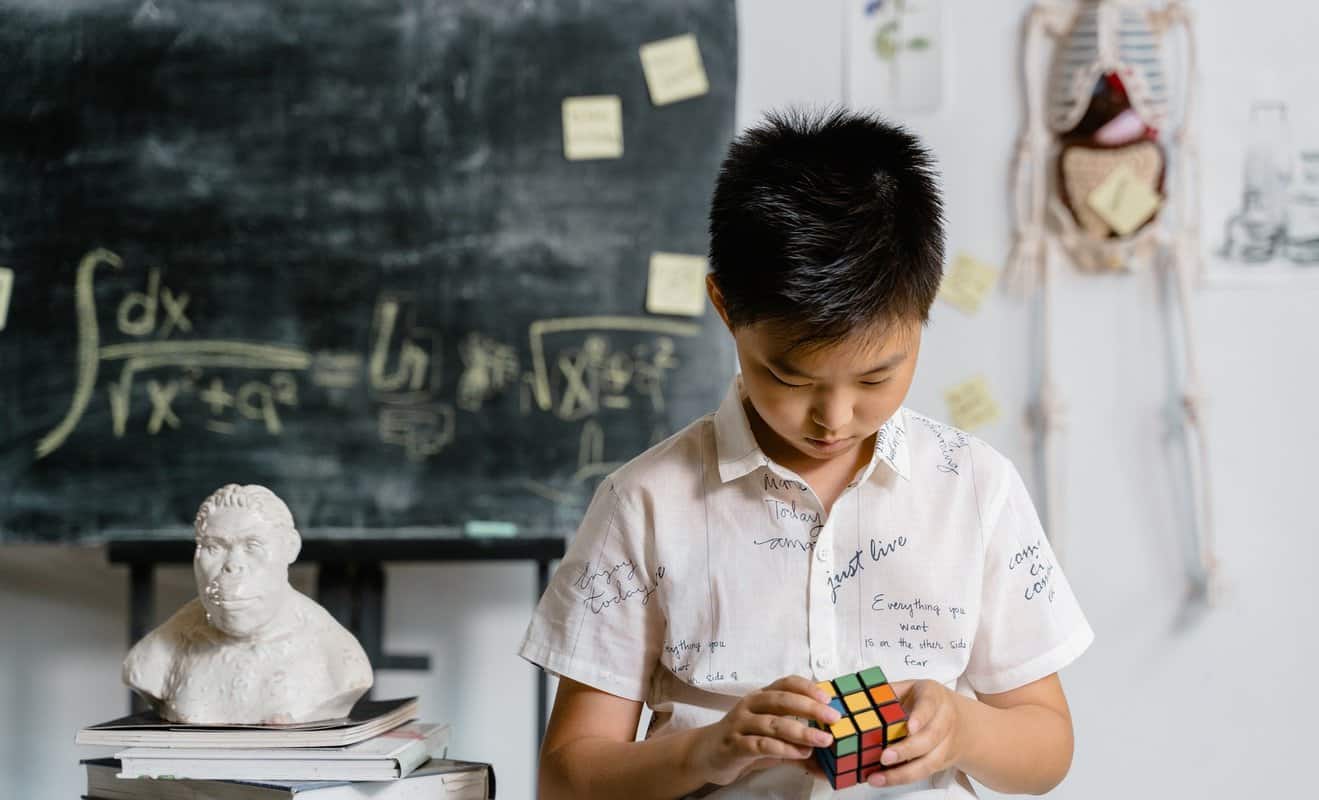 Another factor that contributes to the ability of Asians to excel at math is the mindset that is instilled in them from a young age by which they are encouraged to seek improvement in all skills, including math.

Read More:  Why Are Graphing Calculators So Expensive? (11 Reasons Why)

Much like the drills that athletes must practice over and over again, Asian students are taught to be receptive to instruction and to work hard at refining their craft.

Good performance in math is the direct result of effort and repetition and having a growth mindset enables a confident approach toward problem-solving, which is the very essence of math.

Numbers are the fundamental building blocks of mathematics so it stands to reason that the younger the age at which a child learns to count, the more comfortable they will be when learning math.

In Asian cultures like China, Japan, and Korea, the numbering systems are straightforward and make linguistic sense. Learning to count is intuitive and therefore easier than in Western cultures.

Here is a comparison:

In this instance, the Chinese child is at an advantage right off the bat simply because learning to count is a simpler task based on logic as opposed to straight memorization.

One major reason why Asian people are good at math is that they are urged from a young age to truly master various math concepts and achieve a deep understanding of fundamental principles.

This differs from other cultures where the students are taught to memorize mathematical formulas and perform calculations with the primary objective of earning a good grade on an exam or in a class.

Asian students, on the other hand, learn new concepts in a linear fashion. Each principle is mastered before moving on to the next, and this building block technique enables deeper learning of math.

Performing mental math is another practice that is taught to Asians at a young age. This basically involves analyzing and solving math problems in one’s head instead of writing them down on paper.

Mental math exercises the mind while reinforcing a deep understanding of numbers, formulas, and problem-solving.

As the old saying goes, practice makes perfect, and when it comes to education, the more time that is spent in the classroom, the better the results that can be expected.

Statistics show that on average, Asian students spend more time in the classroom than many of their non-Asian counterparts by having longer school years. Here is a sampling of what the data shows:

While these figures do not tell the entire story, they do provide supporting information for why Asian people are good at math.

Throughout Asia, an interactive approach to teaching math is used in classrooms. There is a constant dialog between teacher and student to ensure that concepts are understood.

Students are encouraged to think problems through and it is not uncommon for them to stand in front of the class going step-by-step through their thought processes.

It is also common for teachers to challenge their students, posing the questions “why?”, “how?”, and “what if?” as problems are being solved.

To learn more, you can also read our posts on why you suck at math, why physics is so hard, and why accounting is so boring.

Asians being good at math is not genetic and it is not the result of happenstance. From an early age, Asian children are taught the fundamentals of math in a structured and thoughtful manner.

Just as important as understanding the core principles of math is having the right mindset toward problem-solving and this is another area where Asian cultures excel.

Why Are There So Many Indian Doctors? (11 Reasons Why)

Why Are Coinbase Fees So High? (7 Reasons Why)